"It was pretty great seeing Bran going up the red carpet, very emotional for me, really. As I said to Bran, it took me 20 years to get to Cannes and here he was with his first film."

The speaker is David Cronenberg, the 69-year-old Canadian director and festival veteran, who received a lifetime achievement award from Cannes a few years ago. The subject was his 32-year-old son, Brandon, whose first film, Antiviral, a creepy horror film about a black market in celebrity diseases, is an official selection in the Un Certain Regard sidebar competition.

Since David has his fourth film to be selected for Cannes in this year's competition – Cosmopolis, adapted from Don DeLillo's prophetic novel – this marks the first time in Cannes history that a father and son have films in official selections in the same year. And that made for a packed Telefilm Canada event on Monday (called Master and Son) as the two men, both in dark clothes, fielded questions in the Majestic Hotel ballroom from moderator Cameron Bailey and the audience.

Brandon is the slightly taller of the two, with a lower voice. The younger Cronenberg has a similar habit of hype-allergic directness: He said he came to filmmaking late, partly because he found people's assumption that he was going to follow in his father's footsteps "obnoxious." But eventually he decided that was a bad reason for not doing something he cared about, and enrolled in Ryerson University to study film for four years.

Cronenberg Sr. added that he has a picture of himself holding Brandon at "two or one years" old on the set of Videodrome – but that he had no "dynastic ambitions."

Speaking as a father, "I'll try not to be embarrassing – I knew he [Brandon]was incredibly sensitive to music in film," he went on. "He knew what scary music was. He would put his hands over his ears and run away. It was really intriguing to me."

An obvious question was Brandon's first film experience with his father: They both guessed it was probably the comedy Airplane, although Brandon doubts it was a formative influence.

For his part, David said his first important film was easy to identify: " Bambi. It was terrifying because Bambi's mother dies."

"You just totally spoiled it for everyone," bantered Brandon. "If you haven't seen it ... "

As for Brandon's first viewing of his father's films? "I don't think he's seen any of my movies," said David.

The 1979 film, about drag racing, is one of the most atypical of David Cronenberg's earlier dramas – although it starred Nicholas Campbell, who also has a role in Brandon's new film. Brandon's movie also stars Sarah Gadon, who had a role in A Dangerous Method and Cosmopolis.

Indeed, the connections between the father's and son's work – and particularly themes of media and contagion – have meant nearly every early review of Antiviral talks about the Cronenberg "DNA," an intimidating notion even for a seasoned filmmaker.

"That bothered me for a little while but I kind of got bored with it," said Brandon. "Getting into filmmaking, I just decided not to worry about it and do what was interesting me. I've been getting it a lot in interviews here. We're related, and the fact that we share some interests is pretty understandable."

Cronenberg Sr. said the perceived similarities between him and his son are less about artistic influence than their mutual fascination with biology, a "shared affection for the strangeness of animal life on Earth, large and small."

Anyone searching for seething Oedipal rivalries – twisted family histories and other forms of psychodrama – in the Cronenberg pere et fils is likely to be disappointed. His own work, said David, is not at all driven by personal anguish.

"Everything about my creative urges is superficial. There's nothing deep or driven. It's a real joy, a lot of playfulness. I have no demons. Zero."

"I'm literally a clone of my father, so I have an identical interior space as well," said Brandon. "Dark art doesn't necessarily come from a dark place."

Though Cronenberg Sr. said his input on Antiviral was no more than a couple of script suggestions (he credits producer Niv Fichman as Brandon's main mentor), he said he liked his son's film a lot. And Brandon sent a laudatory e-mail to his dad after seeing Cosmopolis, saying he was "still sweating."

"I guess I've still got the touch," said David. " Cosmopolis is pretty intense and so is Antiviral. I think they'd make a great double bill, actually."

Written and directed by Abbas Kiarostami

The film begins in a café, where shy, pretty young college student Akiko (Rin Takanashi) is working as a call girl. Her pimp sends her out to visit an aged sociology professor, Takashi (Tadashi Okuno). During her long night ride through Tokyo's neon-lit corridors (shot by Takeshi Kitano's cinematographer, Katsumi Yanagijima), the young woman listens to plaintive messages from her grandmother. By the time the exhausted Akiko meets her client, she almost immediately passes out on his bed. The next morning, he drives her to school, where he witnesses her encounter with a jealous boyfriend (Ryo Kase), and the old man pretends to be her grandfather.

As with Kiarostami's Certified Copy or Close-up, this is a film about characters assuming false identities (Akiko complains that every day someone tells her she looks like someone else), and the conventional urban thriller triangle of endangered girl, evil overseer and rescuer is flipped inside out. Otherwise, familiar Kiarostami tropes are here: the awkward conversations, frustrated plans and characters' estrangement from their families, which make this a kind of cinematic illustration of the koan-like adage: Wherever you go, there you are. 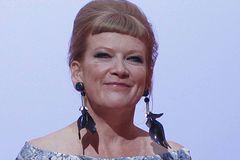 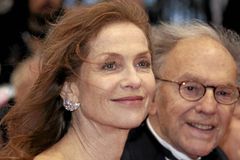 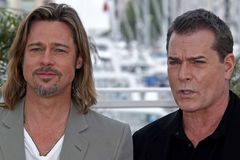