This past weekend, the Atlantic International Film Festival took over Halifax. While most of the discussion centred around the films, industry players took careful note of the Strategic Partners International Film and Television Co-Production Market that took over a corner of the festival. Many are looking to co-productions to try to understand how they can help expand the reach of homegrown content.

Hanne Palmquist, vice-president of original programming for HBO Nordic, was one of the event's key speakers, a pioneer herself in the burgeoning field of co-productions (or "co-pros," as they're affectionately known within the industry). Ahead of her talk in Halifax, Palmquist spoke with The Globe and Mail about the business of expanding content.

Why do you think there's a sudden interest in co-productions?

There is an interest, not just from Canada but from other parts of the world, to dive into co-productions more deeply. The curiosity has picked up worldwide. You see more and more of it in drama series in particular, where the scope of a production is so extensive that even the big players like HBO or BBC need to form alliances to create the stories and marvellous universes that you have seen in the past few years. Even on a smaller scope, it makes sense to work together for various reasons. And it's happening in film, too. Look at The Square, for instance, which is one production from a brilliant mind, who leveraged co-productions across Europe to create a film that has now won the Palme d'Or.

How has the uptick in co-productions been working in the Nordic region?

Where the Nordic region is interesting in terms of co-productions is that we're a small country with a small language. And co-productions can be fragile if you're not aware of that. You need to pick your local production partners well, and be amenable in writing and in figuring out what the rules are here. So there is a danger of misinterpreting and misunderstanding things. We have to think of the KISS model: keep it stupid and simple. It's not always possible, but the deals you should make should be just that: Stupid and simple.

What do you think sets the Nordic industry apart in creating content that transcends national borders? What can Canadian producers learn?

I think it stems from us having a history of focusing on collaboration. I'm thinking since the mid-'90s, when I started in the film industry in Denmark, there was a lot of trust and people helped each other, even though you were competitors. Despite the fact that there is competition, people were clever in helping and sharing each other's best practices. There is also a strong tradition of storytelling here. And within the region, still, it has been possible to create an economy for each and every project, which has made it possible to do both films and series at a certain level. There are great funding systems here, too, like Canada.

In your current role with HBO, how do you deal with the fact that certain coveted age groups are not watching linear content in a way they used to? Does that affect what kind of co-pro deals you may pursue?

Well, it's kind of lucky for us because HBO in the Nordic region is an OTT (over-the-top) content service, so we are online. It's the new way of watching content for young people. I hear a lot of people saying they never watch TV, but in many ways the statistics tell us otherwise. Yes, we know linear broadcasting is going down, but we also have certain shows and programs that bring back audiences. This whole idea that "event programming" is going away doesn't seem to be true. So producers just have to find the right kinds of stories to lure in audiences across the spectrum. 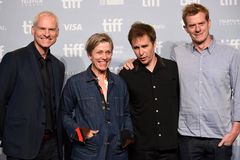 TIFF 2017: In a festival full of despair, The Florida Project brings a welcome balance
September 15, 2017 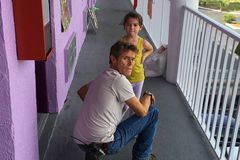 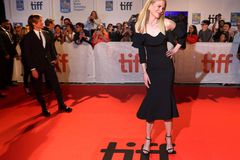