If you are searching for a good (i.e. terrifying) look at where the future of the film industry is heading, this past week offered three especially foreboding developments.

First, Free State of Jones, the Matthew McConaughey-led Civil War drama, opened with a thud, earning just $7.5-million (all figures U.S.). While it's easy to see the disappointing gross as a sign that the McConaissance is reaching its natural denouement, the box-office stumble also reveals a larger, more worrisome trend: the death of the mid-budget drama.

Only the fifth film to be released by STX Entertainment, Free State of Jones was intended to be the upstart Hollywood studio's splashy prestige product – a bold declaration of war against the Big Six (Universal, Warner Bros., Paramount, Fox, Sony and Disney) and, most daringly, a bid to prove that there are still audiences primed for a modestly budgeted drama absent of superheroes or Vin Diesel. Oops.

Instead of taking STX to the next level, the $50-million Jones grounded the studio with a devastating reality check – namely, that the market is now limited to imposing peaks and deathly valleys. Either you offer audiences an unmissable blockbuster derived from well-known intellectual property, or you invest in meek, sub-$10-million indies and pray for a return on investment on the art-house and VOD circuits. That once-upon-a-time sweet spot of $30-million to $50-million productions, with marquee stars and trusted directors? That era is over.

"Movies like Malice, the $30-million thrillers, that budgetary middle ground of films, is gone now," Alec Baldwin told me when he was in Toronto the other week to discuss his career ups and downs. "And the blockbusters, you don't get to make many of them without oversight, either. Those $200-million movies, well, they don't give the keys to that car to many people anymore."

And it was this very gulf between films for discerning adults and films for everyone else that sparked the creation of STX. (The studio doesn't yet have a presence in Canada, distributing its films via companies such as Entertainment One, VVS Films and Elevation Pictures.) "There was this kind of vacuum in the movies being made," Robert Simonds, STX's co-founder, told Variety last May when the company was first pushing its Us vs. Hollywood narrative. "You have a tremendous number of really talented storytellers who don't have a place to go to make the kinds of movies they want to."

That's undoubtedly true. But what STX perhaps failed to realize is that the market is so narrow, and so unforgiving, that any non-blockbuster films must be peerless. To succeed, you need a bankable star who can sell tickets in Beijing just as easily as Boston; a marketing campaign that's four-quadrants-ready; and unanimously favourable reviews that give off the distinct whiff of Oscar.

While Jones had an international star in McConaughey, its historical tale and ambiguous marketing (check out Matthew's crazy beard!) were not what audiences were primed for, and critics approached it with polite caution. That is simply not good enough any more – the market expects the impossible. The question now is whether STX, or anyone else who might be hoping to rediscover the cinematic middle ground, can continue to push its mid-budget, adult-driven agenda, or will they, too, succumb to the easy temptations of franchises?

All of which brings us to this week's two other queasy industry developments: the fact that Warner Bros. will produce a movie based on the Minecraft video game, and that producer Larry Kasanoff is aiming to make not just one Tetris movie, but three (a Tetrilogy?), as the adaptation's "big story" simply demands a franchise. (The Tetris film, or films, currently have no studio home.)

It would be presumptuous to dismiss both Minecraft and Tetris movies before a frame has been shot – or built, or stacked, or whatever – but neither screams cinematic innovation. What they do possess, though, are instantly recognizable, comfortable brands. And in an increasingly fraught industry, there is high value in comfort.

If nothing else, McConaughey might be free to lend his talents to the Tetris Cinematic Universe – perhaps playing the much-coveted Line-shaped tetromino. As the actor himself might say, alright, alright, alright.

Game of Thrones season finale: Winter is finally here – and not a moment too soon
June 27, 2016 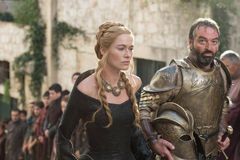 Film Review
0 stars – Independence Day: Resurgence is one of the most aggressively stupid blockbusters ever made
June 24, 2016 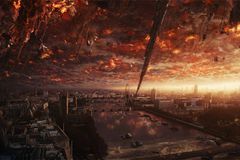 Alec Baldwin puts his perpetually furious personality behind him
June 17, 2016 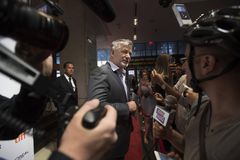