With the 30th annual Genie Awards coming Monday, the Canadian movie industry will try to ignore for one celebratory night the chronic problems plaguing homegrown film. With just $26-million, or 3 per cent, of the billion-dollar-plus Canadian box office in 2009, according to the Motion Picture Theatre Associations of Canada, Canadian films need all the help they can get.

Why, then, do this year's Genie nominations not reflect some of last year's most critically acclaimed and popular Canadian films?

It's an issue that confounds commonsense and has raised questions from some film distributors and producers about a nomination process where a handful of people determine which films will be in contention. The most flagrant omission this year was J'ai tué ma mère, the debut film from 21-year-old Montreal wunderkind Xavier Dolan, whose exclusion from the competitive categories lead the film's French distributor, Louis Dussault to call the Genies "totally irrelevant."

"The film just won the Jutra for best Québécois film of the year," says Dussault, president of K-Films Amérique in Montreal, referring to Quebec's film awards. "It represented Canada in the Oscar's best foreign-film category. We spent $4,000 to get J'ai tué ma mère into the Genies' best film, best director, best actor and best actress categories. And we were shut out in all four. It's absolutely not normal. It seems the Genie organization is not organized. They cannot set up a jury that really represents the industry. The Genies have no credibility here in Quebec."

Table by Evan Annett for The Globe and Mail. Click to view at full size. (Source: Motion Picture Theatre Association of Canada)

It's not hard to understand his perspective. J'ai tué ma mère (I killed my mother) was an international sensation when it won three awards in Cannes last spring and has since gone on to earn awards and special mentions in more than a dozen festivals around the world, including the Paris-based Lumière prize for the best French film outside of France. At the Genies, it has been shut out of the competitive categories (though it earned the non-competitive Claude Jutra Award for best first film). At the Quebec-based Jutras, it scored much bigger, winning best film, best screenplay and best actress for Anne Dorval.

The problem is that the case of J'ai tué ma mère's exclusion was not exceptional.

Atom Egoyan's Adoration, winner of the Ecumenical Jury Prize in Cannes and a nominee for the Palme d'Or, as well as a Special Jury Prize at the Toronto International Film Festival, was held to just two nominations - screenplay and best supporting actor (for Scott Speedman).

Lost Song, Rodrigue Jean's drama which was picked by a Toronto film fest jury as the top Canadian film at the festival in 2008 and was released last year, was shut out entirely.

Cairo Time, which took the same award at last year's festival and was listed in Canada's Top 10 by a national panel, earned only a costume nomination.

From the perspective of the Academy of Canadian Cinema and Television, which oversees the Genies, the current system is the best possible under the circumstances of Canadian cinema. Unlike the Oscars, limited distribution hampers the ability of Canadian Academy members to see enough qualifying films to make useful nominations. The Academy has to find a diverse group of jurors who are able and willing to sit through the qualifying feature films before meeting for a weekend in December to form a unanimous consensus. (This year, 31 made the qualifying round by running in Canadian theatres for three weeks).

The main committee, which this year consisted of eight "industry experts" (writers, filmmakers, an actor and a film critic), was responsible for picking nominees for best film, director and performance categories. They combined with 10 members of the crafts jury for the best picture nominations. Ultimately, the choices come down not to a survey of the membership as with the Oscars, but to the vagaries of a small group of people in a room.

"Clearly when you have a system that's dependent on human beings," says the Academy's CEO Sara Morton, "other human beings will disagree. But I'm fairly confident this provides the optimal chances of obtaining results in terms of nominations that are sound."

In the Genies' defence, Mark Slone, senior vice-president, Alliance Films, said the award event's agenda is "not about promoting commercial success, but rather about peer-to-peer recognition," adding he was thrilled his company's movie, Before Tomorrow, winner of the Best Canadian First Feature Film at 2008's TIFF, got nine nominations. "It is not a super commercial film, but a beautifully made movie. Perhaps the Genie nod will encourage some people to go out and get the DVD.

But Slone adds that having more commercial films nominated alongside the "art" films could increase the values of the Genies "as a whole."

Hussain Amarshi's Mongrel Media distributed Nurse.Fighter.Boy and it garnered 10 Genie nominations. Despite that film's success, he admits he's surprised One Weekwith Joshua Jackson didn't make the list for best film, given it was one of the most successful Canadian films last year. (It did garner acting nods for Joshua Jackson and Liane Balaban).

"It's difficult to figure out which films qualify and which don't. It's a complicated cut-off point."

Amarshi, based in Toronto, thinks that because English-Canadian film struggles far more than Quebec cinema, the industry may be better served if the Genies were handed only to English language titles. The Jutras would then focus on the Québécois films. "While I understand the desire to make this a national awards show, the fact is we have two different industries in Canada. ... I think it's time to recognize the Genies as two separate award events."

He also questions whether the Genies should even try to be televised. "Let's just have a great party for the industry, since the Genies typically attract a very small TV audience." This year, the Genies will be broadcast on the Independent Film Channel and webcast on the CBC. The Jutras, in contrast, aired on Radio-Canada and drew one-million Quebec television viewers.

Next year, Dussault says he will not submit any film to the Genies. "I don't want to waste my time." J'ai tué ma mère earned $1-million in box office in Quebec, and has so far grossed about $40,000 in English Canada. "In Quebec, a lot of people loved this film. And the Genie exclusion was a great insult."

Given the controversy that has long dogged the 30-year-old Genies, Amarshi suggests it may be the right time to "reflect on the usefulness of the ceremony. We certainly value an industry that recognizes the talent, but we just want to make sure it's done in the right way."

"In some way," he adds, "the Genies reflect the challenges the industry faces in English Canada. We're trying to find the right way to tell our stories. We get some hits, but a lot of misses. We need to rethink how to move forward, and not keep repeating what we've done in the past. Not every country can aspire to an Oscar situation. We're more akin to America's Independent Spirit Awards, which recognize the sweat, love, talent and tears that go into nourishing the indie spirit."

Duelling award shows: What the Geminis and Genies are doing to find an audience
March 4, 2011 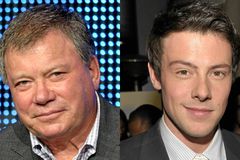 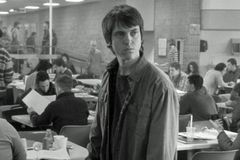 Polytechnique leads Genie nominations
March 1, 2010
Xavier Dolan's long road to instant success
February 4, 2010
Follow Liam Lacey,  on Twitter @liamlacey
Report an error Editorial code of conduct
Due to technical reasons, we have temporarily removed commenting from our articles. We hope to have this fixed soon. Thank you for your patience. If you are looking to give feedback on our new site, please send it along to feedback@globeandmail.com. If you want to write a letter to the editor, please forward to letters@globeandmail.com.
Comments