In his heyday, Winnipeg-born David Steinberg was such a popular stand-up comedian, he was more or less besties with Johnny Carson. He appeared on The Tonight Show more than 130 times, which puts him second on the all-time list behind Bob Hope. But ask the average Canadian where Steinberg sits in the comedy firmament and he's likely to be placed lower than such familiar names as Martin Short, John Candy or Catherine O'Hara. That's probably because by the early 1980s Steinberg traded performing for directing television comedy – not the most high-profile work, even for shows like Seinfeld, Mad About You and Curb Your Enthusiasm. Ask comedy insiders, however, and you'll get a different story. Jerry Seinfeld, Larry David, Larry Charles and a host of other performers and producers line up to pay tribute to Steinberg, now 70, in director Barry Avrich's new documentary, Quality Balls: The David Steinberg Story. Steinberg sat down with The Globe to discuss the movie, smart comedy and why he hit it off with Carson.

The movie establishes early on that you were a very funny kid and a bit of a rascal – you tried to persuade friends to skip school when you were in kindergarten. Do you think that's a requirement for comedians, that they have to be troublemakers?

Yes. You can't be comfortable in whatever that societal group is – kindergarten, school, basketball, whatever. You have to have an outsider point of view.

I was surprised to learn how much you've helped younger comedians who have gone on to major success, like Larry Charles, who directed Borat.

Larry Charles was my valet parker and I accepted him as a writer. He's an amazing guy. I nurtured this group because they were just so unique. And you want to talk about outsiders: Larry Charles, outsider. Larry David, outsider. Jerry Seinfeld, outsider. They all have that sort of outside view.

You started your career at the Second City, in Chicago. How did that influence your comedy?

There was a message out of Second City, and that was you talk from the top of your intelligence, and no one was doing that in comedy. Elaine May and Mike Nichols were doing that, and Alan Arkin was doing that. And I saw them.

How much of a revelation was that to you?

It was probably the most important thing I did in my life, to see Second City and to recognize that I was not the [expletive] that almost everyone thought I was, but that I could do something.

Your career really took off thanks to sermons that you started doing at Second City, where you riffed on the Bible. But they also drew plenty of heat. Did you know they would be controversial?

A little bit. Everything I did stirred the pot. But I was talking to my own group. There were people like me out there and I knew that. I must say it wasn't about getting the largest possible audience.

Who were influences when it came to stand-up?

When I got to stand-up, having seen Lenny Bruce when I was 17 or 18, I didn't laugh at all at what he did, but I could not get over the storytelling aspect. They were concepts that challenged you. And he didn't care where the laugh came. But he had the gift of mimicry and all that. I have no range whatsoever. So I thought, I better have stories that are compelling, and the goal is, if the audience can detect even an inkling of where I'm headed for the laugh, I just haven't done the work properly.

Barry Avrich, who directed the documentary, told me that if there is a Mount Rushmore of Canadian comedy, David Steinberg's face needs to be on it. What do you think about that?

It depends who the other faces are. I'm proud of that, actually. Certainly Martin Short needs to be up there. There is such a group of the SCTV guys and women who are up there.

You were a guest on Johnny Carson's show more times than any one except Bob Hope. Why do you think you and Carson hit it off so well?

I think it was because that Second City [approach of] always listening was in me. Carson was a great comic mind. When we got the clips from The Tonight Show, I wanted to show the audience how much I set him up. That gave me the longevity on the show.

Film Review
The David Steinberg story only tells one side
May 24, 2013 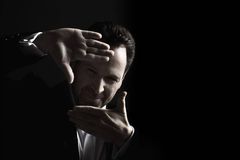 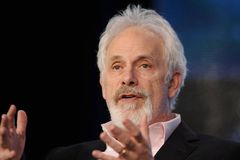 Canadian comedian loses gig at casino after heckling incident
May 16, 2013
Stand-up comic Rebecca Kohler on comedians: ‘We’re the island of misfit toys’
May 17, 2013 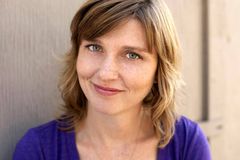