Director Todd Phillips's modus operandi when crafting the The Hangover Part II was clearly thus: If it ain't broke, don't fix it.

So he doesn't throw in a new thing, opting instead to recast the same players, follow the identical concept and dish out dialogue that shocks and is funny in parts, but nevertheless lacks the raunchy wit of its hard-to-top predecessor.

Phillips can't be blamed for falling back on a formula that made the first Hangover such a huge success in 2009. It ranked as the No. 1 R-rated comedy of all time, earning more than $467-million (U.S.) worldwide.

Opening Thursday just ahead of Memorial Day weekend in the United States, this film is projected to make more than $100-million - possibly up to $120 million - at the domestic box office, earning it yet another distinction as the first R-rated film to do so. If that happens, no doubt Part III will soon be in the works.

But the original film's magic lay in the fact that it delivered the totally unexpected. Audiences were blown away by the hilarity that ensued when the "wolf pack" (Bradley Cooper, Ed Helms, and Zach Galifianakis) descended on Las Vegas for Doug's (Justin Bartha) botched bachelor party, only to wreak havoc. And they were smitten by the undeniable chemistry of a cast who were then relative unknowns, particularly the warped man-child known as Alan, played to perfection by the scene-stealing Galifianakis.

The Hangover made the actors A-list Hollywood stars. But despite the indisputable talent of this cast, The Hangover Part II doesn't deliver the same zany punch of its predecessor. This time, the boys have gathered in Bangkok for Stu's upcoming nuptials to the lovely Lauren (Jamie Chung). The ever-cautious dentist, still scarred from his tooth loss and shotgun marriage to a hooker (she was a "sweet lady") in Vegas, he eschews a bachelor party in favour of a bachelor brunch.

Back is the requisite blackout and quest to retrace their steps of the night before. But instead of carting around a sunglass-wearing baby, the boys are saddled with a chain-smoking, drug-dealing capuchin monkey.

They also get reacquainted with Ken Jeong's Mr. Chow, whose role has been expanded, and retired heavyweight Mike Tyson. There are no cameos from Bill Clinton or Mel Gibson, but Paul Giamatti is wonderful as a local crime lord seeking payback from the effeminate Mr. Chow.

The high-speed car chase doesn't disappoint. The soundtrack is as eclectic as the first. The ending credits are as X-rated as before. And a scene in a strip club is jaw-dropping, if not slightly scarring.

The script by Phillips, along with Craig Mazin and Scot Armstrong, is undeniably funny in parts, but the salacious spark and brilliant pacing of the original is off.

The Hangover Part II is by no means a bad film. It's just a pale copy of the original. Having said that, none of it is going to matter a whit to the legion of diehard Hangover fans who have been waiting two years to be taken on another night-long tear with Stu, Alan and Phil. 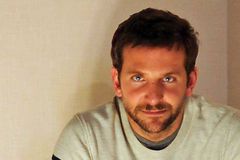 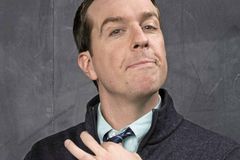