In The Meddler, a comedy that is often poignant, Susan Sarandon is the titular meddling Marnie, a big-hearted widow with boundary issues. The Globe spoke to the politically active 69-year-old actress about Hollywood salaries, smothering mothering and "feeling the Bern."

I was at the premiere of The Meddler at the Toronto film festival, as were you. I got the sense that the audience was with your character right from the start. Did you feel that?

What a hip audience. They got everything, even before a joke happened. I would lean in, and they were already there. It was gratifying. You know, it's a very over-the-top character. You hope that she's not annoying.

More than the laughter, I heard, "Oh, my God" a lot, especially from the women, when your character did something like looking through her daughter's search history on her computer.

The "Oh, my Gods" are just as important. I think there are a lot of mistakes that everybody makes. The relationship with your children is one thing. The idea of moving on, and how do you do that, is another thing. How do you process grief? How do you keep your heart open? The character is so generous with everyone but herself. Sometimes that's the hardest thing to do.

You know, some of the most extraordinary parts for women in theatre have been written by men. I don't know if gender definitely designates a good script for women. A lot of gay men write beautiful things for women. Bull Durham was one of the best parts I've ever had, and that was written by a straight guy who loves women.

Well, J.K. Simmons's character in The Meddler is certainly a guy that women will appreciate.

After I saw the film, I said to J.K., "Every woman who sees this film is going to want someone who looks at her like you look at me." He's so patient with Marnie, my character. He beams, he's amused, but never patronizing. He doesn't judge her. He just brings such a centre to the possibility of that relationship.

There's another mother-y film out there now, Mother's Day. It's been reported that Julia Roberts was paid $3-million for four days work on it. Is it hard to talk about pay inequities for women in Hollywood, when it seems the whole pay structure is so topsy-turvy?

You can't approach a subject of what's fair pay in a business that is completely subjective. If someone is willing to pay Julia Roberts that and they feel her face smiling on that poster is worth it, and what she can bring to the film in other ways is worth it, then good for her. There's no rhyme or reason to who's on these lists of what's bankable. It changes constantly, and it has little or nothing to do with anything rational.

Julia Roberts's salary for Mother's Day would have gone a long way in covering The Meddler's budget, I imagine.

It was such a low budget, we didn't have dressing rooms. But, really, we're lucky to be working actors, all of us who work constantly. We have that going against us, if it's a project you really want to do. The Meddler's budget was $3.2-million or something like that. If you want the finished project to be really good, why would you push for money that should be on the screen?

I'm going to finish with a question on Bernie Sanders, who you've been very supportive of. It doesn't look like he's going to get the Democratic Party nomination, but …

Oh, I don't think that it's a done deal that he's not going to get the nomination. There are an awful lot of votes in California. Hillary won't have enough to be uncontested at the convention. A lot can happen.

But if Sanders doesn't get the nomination, do you think his movement will continue? Will his campaign have served a purpose?

What he's already done has been huge. He's woken up a lot of people. And these people don't want to vote for Hillary Clinton. They don't like her. They don't trust her. Clearly he's exposed all kinds of things about money and politics that nobody would have been talking about. It's like a sport where everyone is doing steroids. Nobody's going to bring it up because they're all using it, until someone comes along who's not. Well, Bernie's not.

The popcorn politics of Captain America: Civil War
May 5, 2016 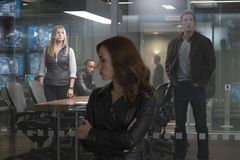 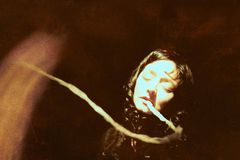 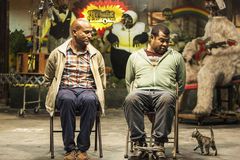