Less "amazing" than persistent, The Amazing Spider-Man 2 – the fifth Spider-Man film in the past dozen years and the second in the current series – finds superhero geek Peter Parker still growing into his spandex, and enduring bipolar mood swings in the high-rise corridors of New York.

Based on the 52-year-old Marvel Comic character, third behind Batman and Superman in all-time comic popularity, the movies have explored many permutations of Spider-Man's character and dozens of villains, but, they have fixated on Parker's perpetual growing pains. The current movie sticks to the formula – a two hour and 41 minute slab of flashy CGI effects tempered by human pathos. Over its course, Parker (English Anthony Perkins-lookalike Andrew Garfield) taking on a trio of bio-mechanical villains – Jamie Foxx as Electro, Dane DeHaan as Green Goblin, Paul Giamatti as Rhino – in cavernous vertigo-inducing 3-D action sequences. In between, he finds time to break up and make up with love interest Gwen Stacy (Emma Stone, Garfield's real-life paramour), delve into the mystery of his parents' departure and renew a friendship with rich duplicitous pal, Harry Osborn.

Written by Jeff Pinker and the team of Alex Kurtzman and Roberto Orci (Transformers, Star Trek) AS2 is generic though fairly well-engineered despite its conspicuous bloat. Doled out in five to 10-minute scenes, it's a lasagna-layered package of emotion and action, and a few garnishes of exposition, typically delivered as montages from the TV news.

Central to Peter's depressive tendencies are his daddy issues. A precredit sequence sees Peter Parker's father, scientist Richard Parker (Campbell Scott), racing to deliver a video message via his laptop, before dropping off toddler Peter to his Aunt Mae and Uncle Ben's house, and then taking off in a plane ride that's cut fatally short. We jump forward to present day Spider-Man, in brief, manic upswing mode, as he disarms (and de-pants) a chubby tattooed Russian mobster (Paul Giamatti) who's stealing a bunch of plutonium, midst screaming sirens and flying cars. Tumbling, juggling and quipping ("You can call me web head, you can call me amazing, just don't call me late for dinner."), Peter is supercocky and in love. While preventing a nuclear catastrophe, he stop to saves a stranger, Max Dillon (Jamie Foxx) a misfit, savant electrician, who is star-struck by his encounter with the friendly neighbourhood superhero.

Spider-Man's acrobatic fight is cross-cut with a high school valedictory speech by Peter's smart and pretty soul-mate, Gwen Stacy (Emma Stone). Having recently lost her dad (see Amazing Spider-Man), Gwen talks to her classmates (all of whom appear to have been held back a decade) about mortality and seizing the day ("Time is luck") and the importance of symbols of hope, which, more or less, is the theme of The Amazing Spider-Man 2.

Post-graduation, Peter suddenly feels a sting of doubt when he recalls his promise to Gwen's late police captain father (Denis Leary) to stay away from his daughter to save her from harm. They break up, and he broods, literally, perching atop a high-rise in his Spidey suit, until another crisis calls and Spider-Man must swoop to the rescue again.

Max (Jamie Foxx) who works for OsCorp Industries falls into a vat of electric eels and is transformed into Electro, a cerulean-skinned monster in a hoodie who speaks in a rain-barrel baritone and ejects electrical bolts from his fingers. Shortly after Peter and Gwen are engaging in a flirty reconciliation, the mid-Manhattan sky lights up like New Year's Eve fireworks. Electro is sucking up the power grid and throwing cars around, as supervillains will. The 10-minute showdown, full of slow-mo flying bodies and lightning strikes, culminates with Spider-Man, wearing a New York firefighter's hat, defeating the enraged Electro, in front of a Times Square crowd that's cheering like spectators at a WWF match.

All this – and now we're at the one-hour point of the film – is just the appetizer for the central conflict between Spider-Man and Harry Osborn, the heir to OsCorp Industries. DeHaan (In Treatment) who looks like an overgrown child, doesn't have the charisma James Franco brought to the same role, but he's believable enough as a pampered rich baby who throws an epic temper tantrum when Spider-Man declines to give him a potential life-saving blood transfusion.

Spider-Man's disinclination to save Harry is the only point in the film where he faces the kind of dilemmas that are the heart of the series claim to moral seriousness, framed around the quote from Peter's Uncle Ben, "with great power comes great responsibility." (The maxim echoes The New Testament's Luke: 12: 48: "From everyone who has been given much, much will be demanded.")

For most of its running time, The Amazing Spider-Man 2 is too wrapped up in more egocentric issues for such philosophical pondering. A long mid-point montage cross-cuts between the Peter and Harry, each searching for clues left by their dead fathers. By the time they finally have their show-down, the movie is drooping with angst fatigue. The denouement, while a shocker (unless you're a follower of the comic books), is designed to set up the sequels that have already been announced.

Director Marc Webb, who achieved fame for his rom-com (500) Days of Summer was picked for the Spider-Man reboot film on the strength of his gift for the romantic elements, and that remain his strongest hand here. The performances here are consistently more interesting than the plot. Garfield and Stone have a fidgety, endearing chemistry – her sunny manner and dirty little laugh seem to cause his busy hairdo and eyebrows to look ever more alarmed. Sally Field is warm and authentic in her few scenes as Peter's Aunt May. Foxx's Max/Electro relies a bit too much on the zonked out style the actor brought to his part as a schizophrenic musician in The Soloist, though he's visually striking in a Blue Man Group sort of way.

The successes of The Amazing Spider-Man 2 are human, the failures are typical of superhero CGI adaptations. In a world where the incredible is routine, the "amazing" is mundane. 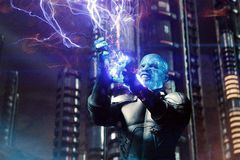 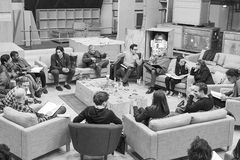 From the archives: Bob Hoskins, a natural everyman
April 30, 2014 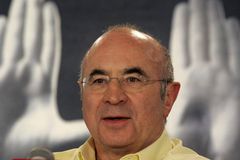 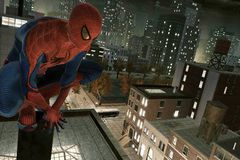 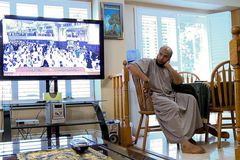