I have been working on a very specific set of movie recommendations this week. Reel Canada, an organization that screens Canadian titles for students and new immigrants, has asked various critics to offer suggestions for their moms, a teenage nephew or niece, and a non-cinephile neighbour. The idea is that we are all going to be watching these movies next Wednesday, April 19, which is National Canadian Film Day, an event also organized by Reel Canada.

So, here goes. My mother is a sophisticated viewer with a taste for period drama and a certain fondness for Atlantic Canada: I think she would like Maudie, the new bio-pic about Nova Scotia folk artist Maud Lewis. My teenage niece, meanwhile, is idealistic and vegan: I am going to challenge her to watch Angry Inuk, a 2016 Inuit documentary about how bans on the seal hunt affect traditional life in the North.

Most of my neighbours are busy young parents. If the children aren't in bed yet, they might enjoy Snowtime!, a 2015 animated remake of the Quebec classic La guerre des tuques, about kids waging a snowball war. Later, they could try Hyena Road, Paul Gross's 2015 drama about Canadian soldiers in Afghanistan or, if they aren't averse to subtitles, I highly recommend the touching Monsieur Lazhar, Philippe Falardeau's 2011 Oscar nominee about an unusual Montreal teacher.

Chances are that none of these people will have heard of the films I am suggesting; you probably haven't heard of them either. Canadian films find it almost impossible to break Hollywood's stranglehold on both marketing and distribution in this country to reach viewers. What is smart about Reel Canada, an outfit that got started in 2005, is how it steps around the traditional system to bring Canadian film directly to highly engaged audiences. The Reel Canada film festivals are enthusiastically received in schools, where they have reached about 250,000 students. Meanwhile, artistic director Sharon Corder, who co-founded the organization with executive director Jack Blum, figures that a screening for new Canadians is not complete if there aren't tears – usually in the emotional Q&As with filmmakers that follow the film.

Corder and Blum challenge the old notion that Canadians are uninterested in a cinema they perceive to be irrelevant, mediocre or elitist: "It's important that the problems in the marketplace don't reflect back on the films themselves," Blum said when we chatted on the phone this week.

Canadians, it turns out, are eager to see Canadian film: How else do you explain the way they have embraced National Canadian Film Day this year?

Putting on a push for the 150th, Reel Canada invited organizations across the country from cinematheques to schools, libraries and legion halls to consider screening a film. They offered a list of 150 suggestions, both recent and classic, and shipped out DVDs along with National Canadian Film Day party kits. Corder and Blum hoped for about 600 screenings, but the final total is three times that. The Toronto International Film Festival and Québec Cinéma are using their cross-country film circuits to screen 150 and 100 films respectively, while Canadian embassies, consulates and military bases are taking the project everywhere from Hong Kong and Kabul to Turku, Finland, with both staff and public screenings. Reel Canada is calling it the biggest film festival ever.

The almost 1,800 screenings include about 300 different titles; lots of organizations have found titles that are not on Reel Canada's list. The favourites are the Newfoundland comedy The Grand Seduction (92 screenings), the First World War movie Passchendaele (81); Hyena Road (67); the documentary The Whale (55) and Angry Inuk (48). All of those are Reel Canada's suggestions, but its list is not intended as a best-of exercise: As well as Canadian classics such as Mon Oncle Antoine and critical hits such as the Inuit film Atanarjuat: The Fast Runner, it includes all sorts of populist suggestions such as Fubar, Goon and Corner Gas: The Movie.

Indeed, it's a list that purposefully invites contradiction and addition: I was also asked to contribute a title that I thought had been missed. I picked My American Cousin, the 1985 comic drama about a teen girl in B.C. and her crush on a handsome young relative visiting from the United States. "That was a battle," Corder immediately agreed, when I asked how it could have been left on the cutting-room floor. "We have one employee who is still not speaking to me."

It seemed to me a significant lacuna because, if my dim but fond memories serve me correctly, My American Cousin was a small gem that picked an adolescent sense of inadequacy as a metaphor for the Canada-U.S. relationship – just the kind of cultural inferiority complex Reel Canada so cleverly bypasses. I'd like to watch that movie again and see how it has aged; perhaps in the midst of 1,800 Canadian film screenings, its themes will now feel charmingly out of date. 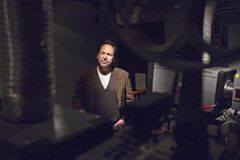