Who is John Carter and why is Disney spending so much money making him famous?

The answer goes back more than a century to the source of much pop culture, in the pulp fiction of the era. These genre stories, often serialized, and printed on cheap, ragged paper, were a mass phenomenon that began in 1896 with Argosy Magazine.

Coincidentally, it was the beginning of the movie industry, and the two forms initially grew up side by side. The pulps peaked in the 1920s and 1930s, when single issues sold as many as a million copies. Wartime paper shortages, and then competition from comics, digests and paperbacks, killed the pulps by the early 1950s, but the form continues to influence the modern movie blockbuster.

During their heyday in the 1920s and 1930s, the pulps gave the world such adventure writers as H. Rider Haggard ( She, The Lost World), Robert E. Howard ( Conan the Adventurer) and the most influential of them all, Edgar Rice Burroughs, who gave us the Tarzan and John Carter of Mars series.

In 1911, a then 35-year-old pencil-sharpener salesman with free time on his hands started reading the popular pulp magazines and was unimpressed. Burroughs reasoned that "if people were paid for writing rot such as I read in some of those magazines, that I could write stories just as rotten. As a matter of fact, although I had never written a story, I knew absolutely that I could write stories just as entertaining and probably a whole lot more so than any I chanced to read in those magazines."

In February, 1912, Burroughs published the first segment of Under the Moons of Mars, starring Civil War vet John Carter, who ends up on the war-torn planet of Mars, known locally as Barsoom. (Because he was worried that he'd be embarrassed, he used the pseudonym "Normal Bean.")

The first Tarzan story was published the same year and was initially a much bigger popular hit, though the 11-novel John Carter series proved more influential with other writers. For example, the thinner gravity of Mars gave Carter superior leaping and lifting powers, skills borrowed by Jerry Siegel and Joe Shuster when they created Superman. In general, any story involving feudal alien societies with chivalric codes and interspecies wars probably owes something to his work.

Among those who have claimed the John Carter stories as influences are Robert Heinlein, Arthur C. Clarke, and particularly Ray Bradbury, who wrote that "Burroughs is probably the most influential writer in the entire history of the world." Bradbury claimed that so many boys were drawn to the romance of extra-terrestrial adventure by Burroughs's stories that "Burroughs put us on the moon."

One of the scientists was astronomer Carl Sagan, who kept a map of the fictional Barsoom outside his office at Cornell University.

In 1977, George Lucas's Star Wars changed the shape of movies by emphasizing science fantasies with a powerful appeal to adolescent boys. In an early synopsis for Star Wars, George Lucas described his film as "in the grand tradition of Edgar Rice Burroughs's John Carter of Mars."

Similarly, when James Cameron was looking about for his big 3-D project, he went back to the original source: "With Avatar, I thought, forget all these chick flicks and do a classic guys' adventure movie, something in the Edgar Rice Burroughs mould, like John Carter of Mars."

Though kept alive by comic-book adaptations and reprints over the years, the Carter stories became more the realm of the cultist than the mainstream fan, but their power to inspire creativity in others remains remarkable.

Andrew Stanton, the Pixar animator ( Wall-E) who directs the new John Carter movie, and novelist Michael Chabon ( The Amazing Adventures of Kavalier & Clay) who helped write the screenplay, have said in interviews that they had something in common as teenagers: Both of them filled notebooks with drawings inspired by John Carter's adventures. 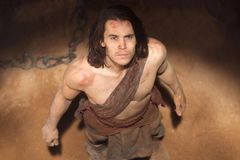 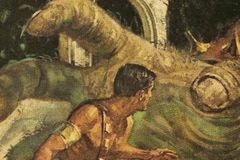 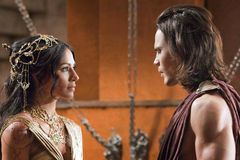 John Carter: A movie title that doesn't exactly say 'watch me!'
March 9, 2012
Follow Liam Lacey on Twitter @liamlacey
Report an error Editorial code of conduct
Due to technical reasons, we have temporarily removed commenting from our articles. We hope to have this fixed soon. Thank you for your patience. If you are looking to give feedback on our new site, please send it along to feedback@globeandmail.com. If you want to write a letter to the editor, please forward to letters@globeandmail.com.
Comments