The special sadness that attends the closing of an old movie theatre can be explained by the fact that it isn't just a building that's lost. It's a place where dreams lived.

That's why the story of the Revue Cinema on Roncesvalles in Toronto's west end is such a happy one. Celebrating 100 years of almost continuous operation this week, the Revue's is a saga about how a neighbourhood fought to keep its local dream palace open and operating.

There were once dozens of theatres across Toronto like the Revue, smallish venues around the corner where you went to see double and triple bills and always ran into people you knew from the neighbourhood. That's the way the Revue had been operating since it opened in 1912 – and that's why the alarms sounded when the owners announced in 2006 that they were closing the theatre and selling the property.

John Bowker is the owner of She Said Boom!, a used book and record store across the street from the Revue. He is now the director of the Revue Film Society and the chairman of the Roncesvalles Village BIA. He recalls vividly how the neighbourhood reacted when word got out that the 94-year-old "nabe" was closing.

"Other theatres had closed down," he said, "and there's always people who were very concerned, but the Roncesvalles community really got together and organized in order to save the Revue. And it was really something to see."

A grassroots response sprung up, the Revue Film Society was founded, and $100,000 was quickly raised to lease the building and prevent its closure. Within a year, the cinema reopened with new management, a community-based programming agenda and a commitment to keep the venue vital – at a time when everyone was saying the single-screen neighbourhood bijou was as endangered as payphones and TV antennas. After all, if you could watch a movie just by pulling your smartphone out of your pocket, why did you need a century-old movie house?

It's an argument Bowker, as well as the other members of the film society, is only too familiar with.

"If anything," he says, "I think the fact that now that you can get the movie any way you want, in any format, anywhere, almost emphasizes the importance of the communal experience of going to the experience, waiting for the lights to dim.

"The fact that on Roncesvalles you're doing it in a cinema that is a hundred years old, that's a direct connection to an art form that is about the same age. It's really not an experience that can be duplicated in any other way."

The first couple of years were shaky. That's where smart programming came in. As devised by founding film society member Ellen Moorhouse, the theatre began hosting programs that invited local businesses to contribute and participate. Epicure Cinema, an ongoing series about food-related movies, is one of these, as is the Book Revue, a monthly showcase of literary adaptations (that I have hosted now and then).

Ticket sales were slow but steady, and just as revenues were crawling slowly toward the black, another crisis loomed: The Revue's projection technology was about to be eclipsed by the widespread move to digital projection, and the conversion cost was astronomical. Again, the persistence of the Roncesvalles community prevailed: A generous $91,500 grant from the Ontario Trillium Foundation bankrolled the cinema's conversion to digital in August, and this week's centenary celebrations – which include a week of classics, free screenings and other events – point to what Bowker calls "a bright future" for the Revue. The cinema is now actually making money, and Bowker regularly looks out his window to see lineups across the street.

"It's just that type of community," he says. "You might have seen evidence a few months ago when the High Park playground burned down. Immediately there was an outpouring of support. … Something similar here. When it finally dawned on people that they may not have what up to that point had been Canada's longest continually running cinema around in their neighbourhood any more, that was a real shock. And this was – is – a community that stuck together, that sticks together."

And still, one might add, goes to movies together.

Trio of cinematic gems reminds us one is the loneliest number
October 11, 2012 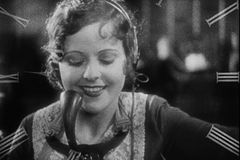 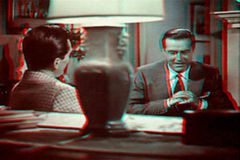 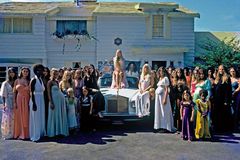