Call it Barry Avrich's D-Day: Wednesday morning, Aug. 5, 2009. It was the day show-business legend Garth Drabinsky, "the Ziegfeld of Canada" to some, "Garth Vader" to others, was sentenced before a packed Toronto courtroom to seven years in prison for accounting fraud. The day, too, that Avrich, as he sat beside Drabinsky's youngest brother, Cyril, in that courtroom, decided, yes, he was going to make a feature documentary about the former live-theatre impresario "and nothing was going to stop me."

Twenty-seven months and 25 interviewees later, Avrich is making good the vow, busily editing what he's currently calling Ticket Master: The Theatrical Life of Garth Drabinsky while the film's 62-year-old subject sits in a minimum-security prison 150 kilometres north of Toronto.The project is expected to be ready for premiere screenings in Toronto, New York and possibly Los Angeles in late spring, followed by anticipated showings at selected festivals, then a berth on pay-TV.

At 48, the Montreal-born Avrich is nothing if not fast, having produced and/or directed at least 20 pictures in the last 15 years. He's also no stranger to the behind-the-scenes biopic, completing since 2005 lengthy looks at three larger-than-life figures in the show-biz firmament: The Last Mogul, about studio executive Lew Wasserman, Satisfaction, a profile of Rolling Stones promoter Michael Cohl and Unauthorized, the story of movie producer Harvey Weinstein. Ticket Master is what Avrich likes to call "the last in my mogul quartet."

There's no denying Avrich, whose boutique advertising firm Endeavour Marketing numbers the Toronto International Film Festival, the Canadian Opera Company and Cineplex among its clients, is well-connected and hard-working. But his films' reviews have been mixed. Variety, for instance, applauded The Last Mogul for the "consummate skill" of its pacing, "the scrumptious sound bites" and Avrich's "aptitude" for conveying "complex notions in engaging terms." However, The New York Times described Unauthorized as something of a letdown: "The title implies a tawdry tell-all but what's delivered is a virtual tribute ... with portentous music and ham-fisted narration."

Avrich promises the Drabinsky picture, when completed, will be "fair" – neither "homage" nor an unremitting kick in the pants, but something that "depicts both accomplishments and deep flaws." Nor will it be an exercise in forensics, à la Errol Morris's The Thin Blue Line, that suggests "some apparent miscarriage of justice" has been perpetrated or that finds "the smoking gun that proves Garth innocent." Drabinsky and his long-time associate Myron Gottlieb have had "the benefit of strong legal counsel for the last 13 years," Avrich observes, and the courts have found them guilty not once but twice.

Like the Weinstein movie, Ticket Master is an unauthorized biography in that Drabinsky hasn't (so far at least) co-operated in its preparation. "I will go and visit Garth if he wants to see me," Avrich said recently in an interview in a downtown Toronto hotel, adding that he plans to request an interview "in the next few weeks," even though he's "sure Garth will decline not because the film is unauthorized but because I believe he thinks the story is not over yet." Indeed, Drabinsky is currently awaiting word, expected soon, on whether the Supreme Court will consider granting a leave to appeal prepared last November.

"But do I need Garth for the film?" Avrich asked rhetorically. "No."

Of course, Drabinsky knows what Avrich is up to, knows that Avrich has long seen his story as eminently filmable. Prior to starting his Endeavour firm, Avrich was a partner at Toronto's Echo Advertising for 15 years, and Echo produced hundreds of TV and radio commercials and trailers for Drabinsky, first in his capacity as chair of Cineplex Odeon, then as founder of Live Entertainment (a.k.a. Livent). Avrich flew on planes with Drabinsky, worked in the editing suite with him shaping ad spots for Phantom of the Opera and Ragtime, saw him in action at launches and Tony Awards ceremonies and watched Drabinsky "annihilate" people at high-pressure meetings and, yes, spend, spend, then spend some more. Drabinsky attended Avrich's wedding in 1998. And it was Drabinsky whom Avrich tapped in 1995 as the voice of the casting director in one of his earliest films, The Method of Madness.

So now, as Drabinsky serves out his five-year term at the Beaver Creek Institution in Gravenhurst, Ont., (his sentence was reduced by two years by the Ontario Court of Appeal last fall), does Avrich consider his former client a friend? "I consider Garth a friend who taught me and disappointed me over the years," Avrich replied. Two signs of that friendship: "The man never yelled at me once" and "he never asked me to do anything illegal."

"Will he still consider me a friend at the end of this journey?," the filmmaker wondered aloud. "Probably not ... but it's a risk I'm prepared to take because I know at the end of the day I'll have made something that's honest and fair." Avrich confessed he occasionally entertains the fantasy that Drabinsky will actually approve – before acknowledging that, no, he's "too much the control freak" to allow that.

Avrich first considered making a Drabinsky documentary in 1998 when a TV network pitched the idea to him. Drabinsky, according to Avrich, even suggested he and Avrich "partner" on the project. At the time, Drabinsky and Gottlieb were smarting from being dumped as directors of Livent for alleged accounting "irregularities" by Livent's new honchos, New York investment banker Roy Furman and Hollywood mover-and-shaker Michael Ovitz. A few months later, Drabinsky and Gottlieb were facing 16 counts of securities fraud in the United States.

Avrich declined the offer to collaborate. "I wasn't going to be his lapdog," he says. But he did start "digging up archival stuff," pinning up timelines and trajectories in the "war room" in his house. Even when the network project fell through, Avrich kept going, believing he was destined, some day, some way, to tell the story of the man whom author Peter C. Newman, in an interview with Avrich, called "a Duddy Kravitz turned theatrical entrepreneur brought down by his unquenchable ego and a runaway sense of entitlement" – this "larger-than-life character, this Ziegfeld, this public brand," in Avrich's words, who could provoke equally intense feelings of fear and loathing, loyalty and admiration. ("No one was more seductive one-on-one," Avrich avows. "He really brought you into that spiderweb.")

Among the "artists, accountants and accomplices" whom Avrich has interviewed for the film are the performers Elaine Stritch ( Show Boat) and Chita Rivera ( Kiss of the Spider Woman), both of whom speak with unalloyed warmth about Drabinsky,former Cineplex chair Allen Karp, Drabinsky'sdefence lawyer Eddie Greenspan and ex-Livent COO Dan Brambilla and Sid Sheinberg, former president of MCA, Inc., which, at the time of Drabinsky's forced departure from the movie exhibition business in 1989, owned 49 per cent of Cineplex. As with his other biopics, Avrich plans to use a narrator for voiceovers. Currently, he's declining to name that person, save to say "it's a theatrical and film personality." Would anyone be surprised if this personality is Christopher Plummer, who both wrote the foreword to Drabinsky's 1995 autobiography Closer to the Sun and starred in the Avrich-produced 2009 film adaptation of George Bernard Shaw's Caesar and Cleopatra originally mounted by the Stratford Shakespeare Festival, a client of Endeavour Marketing? 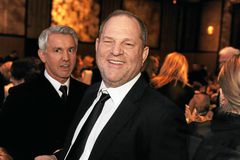 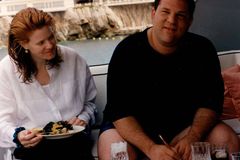