In La Paz, the main square is filled with shoe shiners who will give you a polish in exchange for a few coins. Just don't expect a smile: The profession is considered so shameful by Bolivians that these street vendors wear ski masks so that acquaintances won't recognize them. It may be a lowly trade but it's one captured poignantly in the new Canadian documentary Shiners.

This year's Hot Docs festival offers many tales of the famous, heroic or remarkable, from biographies of Whitney Houston and Winnie Mandela to films about courageous citizen-journalists in Syria and a 90-year-old Mumbai sex columnist. But there is also a handful of films that portray less lofty experiences and more mundane professions, concentrating on the daily grind of those who toil in service industries, waiting on others for low pay.

Shiners considers the lot of the shoe shiner around the globe. From 2010, Dish: Women, Waitressing & the Art of Service is an enduring look at sexism in the restaurant business, included in a retrospective of work by Canadian documentarian Maya Gallus. And Secondo Me is an unusual new Austrian doc that considers the private lives and public boredom of three people who work as coat-check attendants in the glittering opera houses of Europe. All three films get great journalistic mileage from the overlooked and undervalued, establishing a compassionate intimacy with their subjects that will, at the very least, leave viewers promising themselves to become better tippers.

At its most harrowing, Shiners includes an interview with the courageous Sylvia, an impoverished Bolivian shoe shiner who keeps her two youngest children at her side as she squats on the pavement to ply her trade. Unlike her colleagues in the main square of La Paz, she shows her face, but passersby clearly consider her little more than a beggar and occasionally offer charity. Nonetheless, she is determined to support her family with her work and promises her children they will become professionals when they grow up.

But other shiners – documentarian Stacey Tenenbaum has discovered them everywhere from Toronto to Tokyo – are equally determined that theirs is already a fine profession. At the other extreme from Sylvia, there's Yuya, a Tokyo entrepreneur who has turned shoe-shining into a high-end service conducted in a cozy parlour where clients are offered a glass of bubbly while they watch a customized polish executed with numerous ointments and lots of flourish.

In Toronto, young Vincent also defends a trade he finds himself a bit surprised to be practising – in a trendy barber shop. He discovered that working with his hands calmed him after a bad accident left him in a wheelchair for several months, while New York shiners include a team of Manhattan hipsters, all of them recovering alcoholics, who have also found happiness in manual labour. Meanwhile, at the corner of 47th Street and 6th Avenue, Don is part comedian and part psychologist as he jokingly shames passersby for their dirty shoes.

That element of psychology, knowing how to play to the customer's desires or vulnerabilities without appearing manipulative or aggressive, remaining close at hand yet never intruding, is at the heart of successful table-waiting – and in North America it's a talent that is particularly well-honed by waitresses serving male customers. Dish goes everywhere from Parisian temples of gastronomy where waiting is considered too important a job for women, to Montreal's sexy cafés where waitresses carry the food to the table wearing skimpy shorts and tank tops, or even in the nude.

Gallus begins in a truck stop where long-time waitresses frankly admit that lonely male drivers are looking for the comforts of home, including a smiling female face and friendly ear. Then the director dissects the difference between Europe – in France, a female waiter and maître d'hotel have to battle sexism to get accepted into an all-male profession – and North America, where waiting tables is considered an entry-level job that is perfect for young women, especially if they are good-looking.

The waitresses are well aware of the sexualization of their role – several speak about how important it is to make sure that the women at the table don't see them as rivals – but they just consider it part of the job and treat all comers with calm professionalism. Indeed, it is thanks to their smart and thoughtful interviews on the subject that Gallus's doc remains a classic examination of her theme.

Both Shiners and Dish use the intimacy of film to replicate the intimacy of the server-client relationship, leaving you longing for shiny shoes or two eggs and hash browns served by such capable and sympathetic hands. Secondo Me, meanwhile, is a different beast, the most cinematic of the three docs and less determined to lay bare the nature of service.

With scant use of interviews, director Pavel Cuzuioc leaves it entirely up to viewers what they make of the lives of three coat-check attendants. In Milan, Flavio Fornasa spends his evenings at La Scala; outside work, he participates in anti-fascist demonstrations and nags his two teen boys. In Odessa, the widowed Nadezhda Schatskaya worries about her beloved grandson's forthcoming departure for university, when not drumming her fingers on the countertop of the coat check at the opera house. And in Vienna, Ronald Zwanziger juggles work at a library with his job at the opera taking coats and giving directions.

Cuzuioc has a cinematographer's eye and his film includes stunning views of the sea at Odessa, the reading room in Zwanziger's library and the auditorium at La Scala. In long, slow takes he establishes the boredom of these jobs as the attendants sit idly during the performances, the dramatic purpose of these famed places only indicated by the faint sound of music in the background.

The effect is almost hypnotic and cleverly evocative of mundane existences lived outside the limelight. However, Cuzuioc's reliance on the attendants' conversations with colleagues or family members, rather than actual interviews, may frustrate many a viewer. Mainly, the subjects ignore the camera, but there is an occasional whiff of staginess to their talk, while their thoughts about the jobs have to be inferred obliquely. Fornasa seems sad to be leaving La Scala soon. A forced retirement? We are never told. Zwanziger, on the other hand, talks with a young colleague in the library about how life and children and the need to make a living kind of take over and before you know it, it's too late to change professions.

After a life spent hanging up other people's coats, has he got more to say about the particular intimacy of service? Surely, he could be as convincingly voluble on the subject as any waitress or shoe shiner.

Shiners, Secondo Me and the Maya Gallus retrospective play Hot Docs, running in Toronto through May 7. 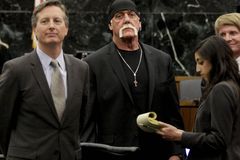 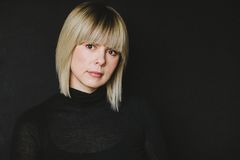