This year, we’re making up for lost time. TIFF 2020 may have seamlessly transitioned from an in-person event to a digital-only extravaganza, but this year’s festival has graced us once more with chances to bask in the glow of beautiful famouses. After all, it wouldn’t be the Toronto International Film Festival without the insatiable need to clout chase.

And sure, the festival this year will likely be more crowd-conscious: That just makes it easier to spot celebrities in their natural habitat (see: events with swag and/or photo ops). You’ll also have ample opportunities to catch Keira Knightley or Sigourney Weaver’s attention as you pace King Street for hours screaming their names. (This is how all friendships are formed.)

So obviously, we have no time to waste. Here’s how to approach this year’s favourites.

Read our reviews of films playing at the festival

(The Eyes of Tammy Faye, The Forgiven)

Days after she and Oscar Isaac went viral for their arm-centric chemistry in Venice, your thoughts are still consumed by their red-carpet affections. So, as Jessica enters the room, you inch closer, and eventually – provided you are masked up and vaccinated – are close enough to speak. “Jessica,” you say softly. She looks up. “What has Oscar Isaac said about me?” As you’re removed from the venue, she tries to catch up, but can only shout down the stairs, “Everything! He reads your tweets every day!” You knew it, and he is right to.

Surrounded by fans, Keira is difficult to access. But who cares: This is your festival. You approach, ensuring your turtleneck jacket is open wide before handing her a box of banoffee pies. She looks up, speechless. In response, you zip up your jacket dramatically, fleeing as you ask the DJ to play Dido’s Here With Me. They refuse, but you hear Keira ask someone nearby, “Was that Andrew Lincoln?” Maybe it was.

You walk by again and again, each time holding another type of food eaten by Brad Pitt in Ocean’s Eleven. This may not actually catch his attention at all, but it certainly makes for a delicious meal.

(The Eyes of Tammy Faye)

While loitering in a garage full of fancy SUVs, you greet Andrew like an old friend. Amid his confusion, you ask for his thoughts on Spider-Man. Understandably, he begins talking about his own experience in his franchise, but you interrupt: “Oh, I’m sorry, I just wanted to know if you liked the part where Tobey Maguire stops a train.” His car pulls up and he gets inside, refusing to answer. But he queues up on the moment on his phone, watching it for the thousandth time. “Yes,” he says quietly to himself. “It is perfect.”

(The Power of the Dog, The Electrical Life of Louis Wain)

“Is there a doctor in the house?!” This is how you enter whichever room Benedict Cumberbatch is in, thrilled to redefine “unforgettable.” As your question goes unanswered, you make direct eye contact, asking again – until the Doctor Strange star lowers his eyes and raises his hand. “Yes,” he says. “And I am ... strange.” You thank him for the detail, but tell him you’re actually looking for an ears, nose and throat specialist. A tear runs down his cheek as he realizes that out of the two of you, you’re the strangest one of all.

Much like John Cusack in Say Anything, you greet Kenny G by holding your cellphone over your head while it blasts the instrumental parts of Careless Whisper. He beelines toward you immediately, smiling as he shakes your hand while using the other to throw your phone onto the road. This is exactly what you deserve, and you both know it.

Stand shaking next to her, fighting the urge to quote Alien or to change into a tank top. As you clench your jaw without mercy, respond to her polite, “Hello there” by furrowing your brow and saying, “Zuul.” It is at this moment you will be banned from the festival. But with the above list of friends, clearly it was all worth it. 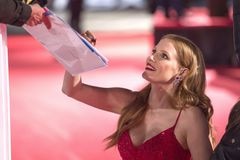 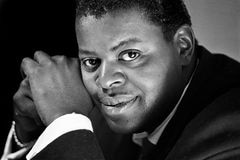 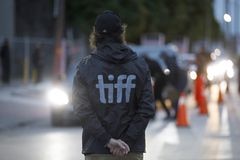