Chloe Zhao’s poetic drama Nomadland has been voted as the People’s Choice Award winner at the Toronto International Film Festival.

The recession-era road-trip drama, which stars Frances McDormand, tells the story of a lone woman travelling the American West in her van, as she faces the fallout from the economic crisis and the loss of her husband.

Nomadland is already a favourite with critics, and picked up the Golden Lion for best film at the Venice Film Festival earlier this month. But the TIFF People’s Choice prize, voted on by moviegoers, helps solidify its buzz ahead of awards season.

Nomadland will have a much longer road to an Oscar than usual. The 2021 awards ceremony has been pushed from next February into late April as the film industry grapples with the COVID-19 pandemic.

The film could prove as resilient as its main character, though, and TIFF co-head Cameron Bailey praised Zhao’s work for capturing “where America is and what it’s going through” at this point in history.

“It’s a part of the U.S. that we don’t see that often – people who are living without homes, travelling up and down the country, taking work where they can,” Bailey said.

“It somehow feels like it is a comment on who we are and where we are right now. …. But it doesn’t feel like it’s prescriptive. It’s just a great story, beautifully told with a great feel for character and landscape.”

The film blends a small number of familiar actors, including McDormand and David Strathairn, with a handful of non-professionals to deliver a sense of realism that blurs the lines between fictional narrative and documentary.

McDormand is already a darling of the TIFF festival crowd, having starred in the 2017 People’s Choice winner Three Billboards Outside Ebbing, Missouri, which won her a best actress Oscar.

The TIFF People’s Choice honour has usually carried a $15,000 prize, but there is no cash prize attached this year after its previous sponsor Grolsch decided not to participate in the festival.

Nomadland beat out Regina King’s directorial debut One Night in Miami, which reimagines a real-life 1964 meeting between Malcolm X, Muhammad Ali, Sam Cooke and Jim Brown. Her film was the first runner-up.

Female filmmakers were chosen for many of the festival’s other top prizes as well.

Michelle Latimer emerged a double winner for Inconvenient Indian, a poetic reflection on the colonization of Indigenous peoples in North America. The adaptation of Thomas King’s non-fiction book won the People’s Choice Documentary Award, as well as the Amplify Voices Award for best Canadian feature film.

Two other Amplify Voices awards, which recognize feature films by under-represented filmmakers, went to The Disciple, by Chaitanya Tamhane, and Night of the Kings by Philippe Lacote. Each of the Amplify Voices winners receives $10,000.

Shadow in the Cloud, an unhinged thriller directed by Roseanne Liang, picked up the People’s Choice Midnight Madness Award. The film centres on Chloe Grace Moretz as a Second World War pilot transporting a top-secret package while being haunted by a monstrous vision.

The 2020 Changemaker Award, which is given to a film that addresses issues of social change and carries a $10,000 prize, went to Black Bodies, a short film by Kelly Fyffe-Marshall. 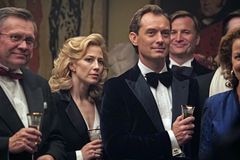 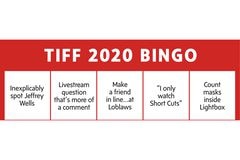 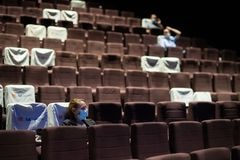