A few days ago, Alex Rodriguez, who has earned US$440-million playing baseball, worked a shift in a burger joint.

Rodriguez, now a TV analyst and Jennifer Lopez’s arm candy, lost a bet over a recent Yankees-Red Sox series. A day spent cleaning tables in a Boston eatery was his payoff. Of course, this was all well documented and played for laughs.

Impossibly rich people doing working-class cosplay – what could be more on point in modern America?

The same baseball fans who were baying for the Yankee player’s blood five years ago were uniformly charmed by his everyman shtick. Without doing much more than assuring people that he isn’t actually a monster, Rodriguez has managed to turn himself cuddly.

This won’t surprise anyone in the media who covered him. Even when things were coming apart, Rodriguez had a way of ingratiating himself.

I was in the Yankees clubhouse the day after his public reputation took its first serious blow – a 2007 paparazzi hit job that caught him getting into an elevator at a Toronto hotel with a blonde who was not his wife.

The only person who had the courage to approach him on it the next day was a badly conflicted beat writer from the New York Post (the same paper that had put the sting together under the headline “Yankee Doodle Randy”).

Rodriguez didn’t freak out. Most would. He took the trouble of warning the reporter not to ask. Most wouldn’t.

“I have to, Alex,” the poor guy said, ashen. Then he asked for his reaction.

Without turning to face his questioner, Rodriguez said, “I have no comment. Now, never speak to me again.”

The whole thing was as cordial as it could possibly be under the circumstances. I came away from it impressed by Rodriguez’s sangfroid.

There would be further occasion to ask him squeamish questions, but with less satisfying answers.

At this point, it is no longer in question that Rodriguez used performance-enhancing drugs (PEDs), a lot of them, and never admitted the extent of it. He was suspended for an entire season, but came out the other side surprisingly intact.

He was able to manage this because of Tony Bosch, the star of Screwball, a TIFF documentary that plays like a Coen brothers caper set in Miami. Had Bosch talked five years ago, there would probably be no Rodriguez renaissance.

Bosch is a familiar American type – the charismatic huckster. Though not a licensed doctor, Bosch founded a medical business called Biogenesis.

It offered nutritional and weight-loss advice, largely achieved through the use of restricted substances such as human-growth hormone. Working his Florida contacts, Bosch eventually became a supplier of PEDs to dozens of professional baseball players. Rodriguez, who’s from Miami, was the prize pony of his MLB stable.

It all came apart in farcical fashion when Bosch, who was getting high on his own supply, fell afoul of a client over a US$4,000 debt.

If you are one of those suckers who believe that people in charge of things know what they’re doing and would like to continue in that delusion, avoid this film.

Because everyone here comes off like a schmuck – Bosch, the players, the whistle-blower, the authorities chasing him and the Keystone Kops sent in by Major League Baseball to clean up the mess. The man in charge of the bungled investigation, Rob Manfred, is now the commissioner of baseball.

Bosch went to jail. Having served his time, he seems delighted to spill the details. Like that time he was partying with Rodriguez in a Miami nightclub and lost a vial of his blood on the dance floor, or the time he met Red Sox star Manny Ramirez and what he thought was a hug turned into a full-body patdown.

Bosch is the viewer’s crooked and irresistible Virgil, guiding you down into the netherworld that underlies all those 500-foot home runs. Rodriguez is only seen in re-enactments and never heard.

“The movie’s not about Alex,” Screwball director Billy Corben says. “He’s going to hate hearing that.”

If it isn’t, that’s because it’s about more than Rodriguez, or baseball’s drug culture, or even baseball itself.

It’s about America, its institutions and losing faith in them. Before it became widely fashionable to stop trusting the government, a lot of Americans gave up on the national pastime. Not because players cheated – no one really cared about that – but because they lied about it and then got away with lying.

Case in point – the University of Miami’s baseball stadium is still named after Rodriguez.

“It’s hard to be offended by any of this when the leader of the administration basically functions this way,” says Screwball producer Alfred Spellman. “Can you begrudge someone like Alex Rodriguez, in 2018 America? How?”

“It could be worse,” Corben says. “Alex could be president.”

Not that long ago, that’d be a punch line. These days, it sounds eerily like a prediction.

TIFF 2018: With films from around the world, this is what true diversity looks like
TIFF 2018: A probing documentary stands out from TIFF’s ‘impact films’ 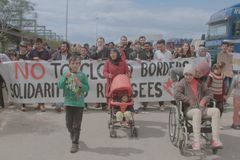 TIFF 2018: Emilio Estevez on self-doubt, begging and the making of The Public 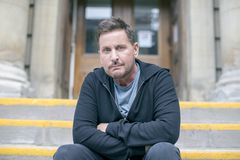