There’s a new gala in town. Last night, the TIFF Tribute Gala was thrown on the fifth evening of the 2019 Toronto International Film Festival. Meryl Streep was the headlining honouree alongside Joaquin Phoenix. The pair, plus directors Mati Diop and Taika Waititi, cinematographer Roger Deakins and record producer David Foster, were recognized for their contributions to cinema at the highly hyped inaugural event.

The gathering was held on a night that historically has marked the end of the festival’s all-important first weekend, a timing which suggests an effort to bridge what is seen as the two parts of the 10-day festival. The decision to hold a gala was an interesting, and in the minds of many, long overdue, move for TIFF. The evening was notable because while the TIFF brand is everywhere, aside from a frankly underwhelming opening-night party, there’s no splashy occasion that puts the festival in sharp focus. The gala format served as a platform for TIFF to flex its star-recruiting muscles and bring people together to raise funds for the festival, which, don’t forget, is a not-for-profit cultural organization.

The actual trophies were given not for a specific film, as is the Palme d’Or at Cannes or the Golden Globes, but rather in recognition of general career accomplishments and contributions to the screen. Compared to the Academy Awards, where one can imagine the thrill of the big and-the-award-goes-to moment, this was different. The six tribute recipients, who were chosen by TIFF and who all have films at the festival, had long been announced and their attendance widely publicized. The surprises of the evening came in the form of the presenters, who were swiftly brought onto the stage to present the accolade and then swiftly taken off and presumably sent on their way. Roma star Yalitza Aparicio presented an award to Participant Media (which financed Roma), Oscar-winning director Guillermo del Toro presented to Waititi, actor Willem Dafoe presented to Phoenix, and Streep was presented her award by her The Laundromat co-stars Gary Oldman and Antonio Banderas. French actor Isabelle Huppert, at whose table I was seated, was an exception, sticking around to present an award named in honour of Toronto-born Mary Pickford to director Mati Diop (also at the table), whose film Atlantics, which screened earlier in the day, was awarded the Grand Prix at Cannes, making her the first black female director to win an award in the festival’s 72-year history.

Streep, the top-billed honouree, wasn’t a guest at the cocktail reception before the dinner (she had to introduce a screening of The Laundromat), nor did she stay after, or even for the second course. During the cocktail reception, guests could watch the red carpet proceedings from behind a velvet rope, but alas, Streep arrived after the program had started. While I can’t begin to comprehend the dizzying complexity of a major actor’s festival-season schedule, a little bit of cocktail conversation would have gone a long way – it’s access after all that can make major, or potential major, donors feel special, and furthermore, galas at their core are about being social, not velvet ropes that segregate and choreographed exits.

Streep’s speech was indeed sublime, with references to Canada, including nods to Joni Mitchell and Justin Trudeau, that got laughs and made that all-important connection to the mostly Toronto audience. But more importantly, she took the platform to urge her fellow actors and filmmakers to be mindful of what it is they send out into the world. She said she’s been asking herself the question “does this help or does this hurt?” for 10 years, adding, “Is this piece of material something that needs to be in the world right now, for whatever reason? And even if it doesn’t help, even if it’s just silly and fun, does it, on the other hand, do damage, does it make us complacent?” Streep went on to commend TIFF for “moving the needle by intention” and “stepping ahead and making real the charge to include women directors and women’s stories.”

It was a room full of film folks, so it wasn’t a surprise to have some video presentation – there were sweeping montages of epic proportions ahead of each award, which were projected on massive screens that flanked the stage and at times verged on cloying. The program was chock-a-block, with not much time to talk to one’s tablemates (a shame as mine were interesting) and at times felt like a theatre experience, or a dimly lit press conference, with a dinner in front of me instead of questions. I left with some, wondering namely if the whole thing could have been filmed sans audience and screened in a cinema instead.

At its core, the first TIFF Tribute Gala felt like the right move, just one that needs a bit of editing and as much consideration toward genuine connection as was put into crafting a slick production. The balance of very recognizable actors and directors and new-to-the-game creators felt apt, and maybe most importantly in the end, the evening, which I heard was sold out, raised more than $1 million – a sizable sum for a gala here in Canada – funds that will support TIFF’s important year-round programming and development initiatives. 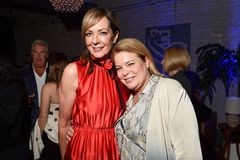 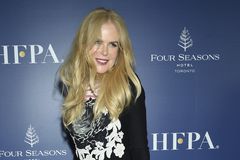 TIFF 2019: Michael B. Jordan, Dakota Johnson, Heather Graham and other stars out in full force on night two
September 10, 2019 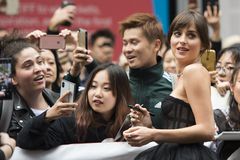 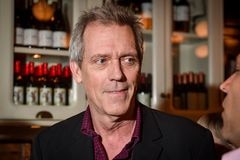