The young Robbie Robertson could play the guitar like ringing a bell, but he didn’t want to be the next Chuck Berry. The son of a Six Nations reserve-raised mother and a Jewish professional gambler he never knew, Robertson wanted to be Ingmar Bergman.

“I’ve always been interested in telling stories that weren’t just song-stories,” says Robertson, on the phone from Los Angeles. “They were story-stories, and a lot of that came from movies I saw as a young kid in downtown Toronto. I’d get lost in them."

As the chief songwriter of the Band, Robertson was different than the rest. In his 1975 book, Mystery Train, Greil Marcus wrote about the group’s 1968 debut album, Music From Big Pink. “It came through a modern haze, something like Robert Altman’s McCabe and Mrs. Miller, obscure in plot, dialogue hard to catch, communicating with blind humour and cryptic intensity nothing in rock 'n' roll [had] ever remotely touched.”

Robertson was a fan of European art films. The 1968 song The Weight, a harmony-sung quasi-biblical tale full of characters and ignored pleas, was influenced by the Spanish-born surrealist Luis Bunuel. Robertson also appropriated the image of “Carmen and the Devil walkin’ side by side” from Bergman’s The Seventh Seal.

“It was the look, the shadows, where the camera was and the way the dialogue was written,” Robertson says about his early love of film. "I was fascinated by it all.”

He still is. His new album, due Sept. 20, is titled Sinematic. The songs – “they’re all little movies,” says Robertson – were inspired by three projects that had occupied the 76-year-old musician’s past few years: The follow-up volume to his 2016 memoirs Testimony, the forthcoming Martin Scorsese gangster drama The Irishman (which Robertson scored) and the documentary Once Were Brothers: Robbie Robertson and The Band, which opens this year’s Toronto International Film Festival on Thursday night.

Sinematic begins with I Hear You Paint Houses, a duet with Van Morrison about The Irishman’s confessed hit man Frank Sheeran. “Shall we take a little spin,” Robertson sings, “to the dark side of town?” It’s quite the invitation.

“Yeah, I’ve got some good opening lines," says Robertson, the man who wrote “I pulled into Nazareth, was feeling 'bout half past dead." He mentions another opening stanza: “I stole a bible from a hotel room / I can’t pay the bill, and check out time is noon.” It’s from the autobiographical song Dead End Kid, and it’s a true fact.

“I took the bible from the old Westover Hotel, in Toronto,” Robertson says. “I’m confessing.”

Robertson likes to describe the music of Sinematic as “Peckinpah rock,” a reference to the wicked Westerns of Sam Peckinpah. “The sound is very violent,” he explains, “and sensual.” Peckinpah directed The Wild Bunch. The five members of the Band were wild enough.

The initial promo shots of the group, famously taken by Elliott Landy, presented the four Canadians (Robertson, Rick Danko, Richard Manuel, Garth Hudson) and one American (drummer Levon Helm) as handsome, time-travelling dudes who maybe played music or maybe were going to march on Confederate-held positions the next day. In the new Canadian-made documentary Once Were Brothers, directed by the untested Torontonian Daniel Roher, the “mythmaking” at the time is mentioned. The Band played music that lived in a time and space that one couldn’t quite place. I mean, The Weight could have been commissioned by Mary Todd Lincoln.

The documentary, based on Robertson’s Testimony, is the Band’s history, as remembered by Robertson’s 35-mm mind. We see how it began and how it ended. The sheer joy on the musicians’ faces as they played Up on Cripple Creek is uplifting. The drug-and-alcohol-induced downfall and the fracture between Helm and Robertson is a plain shame.

The documentary chronicles the Band’s “farewell concert appearance” at the Winterland Ballroom in San Francisco in 1976. The event was filmed by Scorsese and released as a landmark documentary film and triple-LP soundtrack, The Last Waltz.

In 1980, Robertson produced, acted in and co-wrote the feature film Carny. Producing films wasn’t something Robertson enjoyed, though. “There were too many people making decisions,” he says. “I don’t want all those people in my kitchen.”

Robertson preferred to create music for the films of Scorsese – “Marty,” as he calls him. The pair collaborated on Scorsese’s Raging Bull and many films to follow.

As one might imagine, the past-tense Sinematic track Once Were Brothers was penned for the documentary. “I felt I wasn’t holding back any more,” says Robertson about writing the lyrics on the group’s breakup. “We wanted to be together. We wanted it to last. But sometimes addiction can get in the way of those dreams.”

Once were brothers, brothers no more

We lost our connection, after the war

Once were brothers, brothers no more 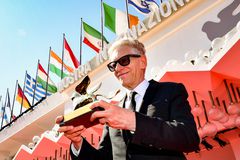 TIFF 2019: Why Canadian documentary Once Were Brothers: Robbie Robertson and The Band is opening the festival Subscriber content
July 23, 2019 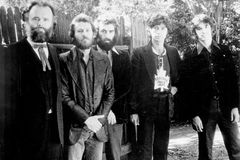 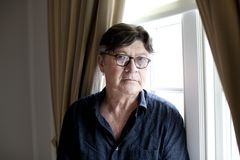