Elle-Maija Tailfeathers is devoted to authentic representation. Of Indigenous women. Of Indigenous youth. Of all Indigenous people who have been institutionalized and incarcerated. A member of the Sami and the Blackfoot of the Kainai First Nation, the filmmaker is motivated not only by self-determination and autonomy, but by the desire to empower other emerging Indigenous artists to shift the narrative. To change what stories can be told, and who can tell them. And with her latest film, The Body Remembers When the World Broke Open, Tailfeathers wants Indigenous youth and Indigenous women to know "that their voices have value, and that they belong on screen.”

Co-written and co-directed with Kathleen Hepburn, The Body Remembers is one of two films that Tailfeathers will be screening at the Toronto International Film Festival this month. The 34-year-old also stars in Jeff Barnaby’s anticipated zombie thriller, Blood Quantum, which will be opening the fest’s popular Midnight Madness program.

Tailfeathers has long counted Barnaby’s work as an inspiration for her own, specifically his 2013 film Rhymes for Young Ghouls, which laid the building blocks for more Indigenous directors to make the jump from shorts to narrative features. “I remember seeing that film and thinking, ‘Wow this is gonna change things for all of us,’ and it did," Tailfeathers says, a few weeks before the start of TIFF.

The Body Remembers will be the artist’s first directorial feature to play TIFF but Hepburn’s second, after 2017’s Never Steady, Never Still. Although The Body Remembers enjoyed its world premiere at the Berlinale this past February, Tailfeathers feels that the North American TIFF debut is equally important, given that the film is squarely about the violence inflicted on Indigenous women’s bodies in Canada.

Five years ago, Tailfeathers was walking in East Vancouver, head down to avoid the cold February rain. Suddenly, she spotted a pair of bare feet on the pavement. They belonged to a young, Indigenous, pregnant girl who was soaking wet, wearing nothing but a T-shirt and leggings. She seemed oblivious to Tailfeathers’s proximity, her eyes fixated across the intersection as a man shouted at her through the traffic. Tailfeathers asked if she was okay. The response: “I just ran away from my boyfriend.” Sensing the immediate danger, Tailfeathers led the girl away and hopped in a car2go.

Based on that encounter, The Body Remembers is a cinematically immersive experience, with the story conveyed in one languid take, shot on 16 mm. Although both Indigenous women, the middle-class and thirtysomething Aila (played by Tailfeathers) is contrasted strongly by the younger and endangered Rosie (first-time actress Violet Nelson), who is hardened from a childhood in foster care and time in an abusive relationship. Distrustful of authority, Rosie doesn’t want to go to the police or a hospital, so Aila brings her home, feeds her, gives her fresh clothes and tries to figure out what one does in this kind of situation. And just as Aila struggles to find a shelter with space to take Rosie, Tailfeathers realized her assumptions of how to deal with intimate partner violence were naive.

“I thought it was as simple as you just call a women’s shelter and then you take them there. But it turned out not to be that easy at all,” she recalls. She called six shelters all around Vancouver and the Lower Mainland at the time, and none had free beds. The emergency shelter in the Downtown Eastside had space but the girl was just 18 and it wouldn’t be as safe. She finally got her to a safe house but the girl refused to stay and Tailfeathers brought her back home. She never saw her again, but was deeply affected by the experience.

“You have these very rare instances where your life sort of collides with a complete stranger and those moments kind of change you forever," she says. "And so, I carried the story with me for years and would walk past her apartment frequently, kind of hoping like, maybe I’ll bump into her, maybe I’ll see her walking down the street.”

Initially, Tailfeathers wanted to turn her experience into a short film, a medium she’s well-versed in. But she quickly realized that the story contained elements that would not easily translate into a short. She wanted her audience to sit with the uncomfortable sensations of the story, of the characters’ unease. When she realized that she’d have to tackle it as a feature, Hepburn was her first choice of a partner. And as a non-Indigenous collaborator, Hepburn considered it her responsibility to elevate different voices. “I feel like films need to be talking about where we are in the world right now and trying to ask big questions about how we got here, or how we get out of here," Hepburn says.

To develop the story as carefully and respectfully as possible, the pair created a youth mentorship program that paired 11 emerging Indigenous filmmakers with experienced crew members, and the production enlisted teens who had formerly been in foster care to consult on the script. “I think often what happens when we talk about issues like the foster care system, Indigenous youth are left out of the conversation and they are the ones who are so acutely aware of that reality,” Tailfeathers says.

She was also wary of honouring stories like Rosie’s without pandering to what she calls “a neo-liberal settler idea of wokeness,” where Indigenous people seem to be placed in a “constant state of victimhood.”

“I feel as though the Canadian settler public have a strong desire to consume Indigenous trauma and so it’s a very careful line to toe in terms of: How much do you give them without it being something that satiates their desire?”

After graduating from the Vancouver Film School in 2006, Tailfeathers acted for a couple of years in film and television but became frustrated with the industry as an Indigenous woman and a woman of colour. She went back to school and majored in First Nations studies and minored in women’s and gender studies at the University of British Columbia. It was there that she created her first short. “It was life-changing having the agency to control the narrative; the autonomy felt empowering and liberating," she says.

In her final semester, she created Bloodland (2011), an experimental short film about the impact of hydraulic fracturing drilling on the Kainaiwa reserve, which ended up getting into a few festivals. She discovered the ImagiNATIVE film festival and remembers being blown away by the Indigenous film community, wanting desperately to be a part of it. Shortly after, Tailfeathers made A Red Girl’s Reasoning (2012), about a survivor of sexual assault who takes matters into her own hands; and Bihttos (2014), an autobiographical short about her own childhood and the intergenerational trauma of her father’s time in the Sami residential school system. The latter ended up being named one of TIFF’s Top Ten Canadian shorts that year, and won the Grand Jury Prize for Best Documentary Short at the Seattle International Film Festival before airing on the CBC.

Her next project is a feature documentary that’s been in the works for three years, focusing on the opioid crisis. Lately, though, she’s noticed a shift in the impetus of her work. The anger that she carries as an Indigenous person in Canada can, although valid, be exhausting, she says. So she finds it relieving to place herself in a position of being gentle and loving, as her grandparents taught her. “It doesn’t feel like a huge burden on my shoulders, like anger can.”

Elle-Maija Tailfeathers isn’t the only artist doing double duty at this year’s Toronto International Film Festival. Below, a cursory glance at the performers and filmmakers pulling their weight, and then some, at this year’s festival. 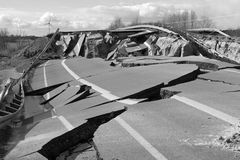 TIFF 2019: How the Toronto festival is repairing the pipeline of female-fronted films, one program at a time
September 10, 2019 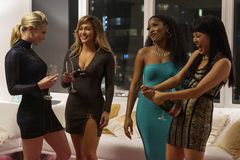 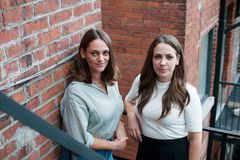