When Emma Seligman was attending film school at New York University, she was leaning towards sci-fi for her final thesis, figuring the project would be set in a dystopian world. Then a wise instructor repeated the old advice about writing what you know. Shiva Baby, her first feature and a film expanded from her thesis short of the same title, is a wicked satire of a Jewish family event where a young woman must confront a room full of anxious parents and nosy relatives.

“It’s uncomfortable for my parents to watch … I just took from my family,” Seligman said in a recent interview. “These characters feel part of me and part of my world. There wasn’t much to think about … I just picked up on conversations I have heard for years.”

Seligman grew up in a close-knit Jewish family in Toronto, but she is also a child of TIFF. Both her parents are film buffs and she regularly attended the TIFF children’s festival, then known as Sprockets, sitting on its jury at the age of nine.

“I grew up watching old Hollywood movies and cared about the Oscar race; TIFF and Sprockets opened me up to foreign film,” she said.

She was already an aspiring film critic with her own blog in 2010 when she was named to TIFF’s inaugural Next Wave committee, a teenage jury assigned the task of picking young directors to include in the festival.

“For the first time, I saw filmmaking wasn’t that crazy impossible thing when I saw teenagers, young people and especially women doing it.”

It was the year Kathryn Bigelow became the first woman ever to win the Oscar for best director; the young Seligman began thinking about moving from a privileged seat in the audience to a spot behind the camera.

TIFF has repaid her interest in kind, showing the short version of Shiva Baby last year and finding room for the feature-length version in its Discovery and Next Wave programs for the tightly edited 2020 festival. The film is a quick and quick-witted comedy of discomfort set at a shiva, the social gathering held after a Jewish funeral.

“It feels like any other family function, Rosh Hashanah or Passover,” Seligman said. “Someone has just died but there’s the same bragging and boasting, and nosy questions about your love life and your weight.”

She says all this with affection. Her relatives may have squirmed while screening the film, but they also laughed continuously: “I am writing with love and have the authority to write about this world,” she said. “This is … my perspective on things that made me feel uncomfortable, but also loved and adored. I hope people see the humour in it.”

At this fictional shiva, the outrageously anxious and interfering family is only the backdrop to more comic awkwardness: The protagonist Danielle, a young woman struggling to finish her education and find a career, bumps into both her ex-girlfriend and the older man with whom she’s sleeping for money.

That aspect of the film was inspired by women Seligman met in New York who were using sugar daddies to help pay for their education. Seligman figures it’s a practice that has been facilitated by hook-up culture and dating apps, but is also specific to New York because it’s a city that is both expensive for students and full of wealthy people. The relationships she researched ranged from sex work to affectionate affairs.

More generally, Shiva Baby speaks to a period in a twenty-something’s life when she must leave university and face the world.

“For me it was funnelling a lot of my anxieties about my future and my self-worth,” she said.

On screen, it’s the American comedian Rachel Sennott, in the role of Danielle, who channels all this awkwardness. She does it with admirable deadpan.

“She’s actually quite extroverted and loud compared to her performance in this,” Seligman said. “I was very lucky to be able to scale her down and work with her.”

The film, which is set in Brooklyn but barely identifies the location, also stars the familiar character actor Fred Melamed (A Serious Man) as Danielle’s adoring father and Molly Gordon, (Triple A in Booksmart) as Danielle’s ex-girlfriend.

Seligman shot the project last summer, letting Brooklyn’s Flatbush neighbourhood play the role of any North American inner suburb that includes a sizable Jewish community; a shoot located on the New York subway line made the shoestring project more affordable. The young filmmaker came home to Toronto when the pandemic hit but expects she’ll return to New York soon. In the meantime, she has a film to launch: Utopia Media has just acquired worldwide distribution rights to Shiva Baby. 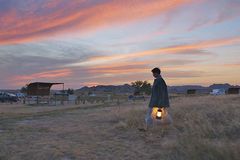 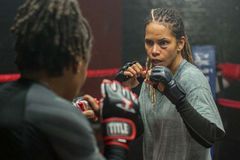