Twenty-five years after its inaugural showcase, the Toronto International Film Festival’s since-defunct Planet Africa program will be returning this weekend to celebrate four new films that honour the radical spirit of the original, Black-led curatorial pursuit. Canadian writer-director Charles Officer’s Akilla’s Escape leads the charge as the only fiction feature to be spotlighted.

Starring multidisciplinary artist, writer and actor Saul Williams as the titular character, Officer’s new film lends its eye to a violent Toronto night wherein Akilla, a drug dealer in search of retirement, sets out to protect a young boy in whom he sees his own histories reflected. Set against the backdrop of the social and political interconnectivity of the Black diaspora of Jamaica, New York and Toronto, the film takes as its materials the exchange and interplay of power and autonomy in a spate of economies and the intergenerational histories of violence experienced by Black men and boys.

As in his previous films, the lauded documentary Unarmed Verses and his first feature, Nurse.Fighter.Boy., Officer brings his trademark commitment to creating worlds shaped by their characters' methods of self-definition. This genre-bending drama features supporting performances by rapper Vic Mensa, Bob Marley’s granddaughter Donisha Rita Claire Prendergast, and a captivating original score and soundtrack arranged and produced by Williams and Massive Attack’s 3D.

Ahead of the film’s premiere on Saturday, Sarah-Tai Black sat down with Officer and Williams to discuss the ethics of image-making and the specificities of Black cultural histories.

Read more: Tickets, reviews, how to watch – here’s everything you need to know

Charles, can you speak to your motivations and influences in making Akilla’s Escape?

Officer: The cycle of trauma and violence is a question I’ve always had on my mind in terms of Black men. It’s been in my body since I was young, this question being: What is the cost of a Black boy’s life? What does it take to escape this cycle? Why does it always have to cost so much? I wanted to tell the story of these questions in a way that gave a certain historical context to the politics of this violence. How has a corrupt government led to a type of criminality largely lived by those living in poverty?

How did you two work so collaboratively on the film?

Officer: We’ve known each other for a long time. When I was studying in New York at the Neighborhood Playhouse School of the Theatre, I used to go to cafes to catch slam poetry nights, and that’s how I met Saul. He became like a brother to me. With Akilla’s Escape, I wanted him involved with the music from the get go. I wanted his energy to lead this film.

Saul, as an actor, how did you protect your energy while engaging in the work of portraying a character like Akilla? And Charles, how do you navigate the potential impact of depicting violence, which here is so distinctly linked with a specific cultural image history of Black men and boys, on screen?

Williams: What Charles and [co-screenwriter] Motion put into this screenplay was already extremely sensitive, so I felt honoured and protected by their writing. I never felt triggered by the traumatic elements [of the film], even though I did relate to the story being told. I think that art can and should play a role in how we approach these questions and realities that have existed through time. It was more dear to me than anything else – it made me more willing to dive into it with hopes of bringing something to life.

Officer I understand how much we’ve seen our people murdered on video, and in film, and on television, and I didn’t want to tell this story in the way that I’ve seen it done so far. This story shows these characters confronting this trauma and, I myself, as the filmmaker, am confronting my own trauma in making this film. I wanted to stay true to what this story was about. While I was writing the film I was struggling with how to approach certain moments. Even when I came to my own conclusions, I had my doubts about what audiences would be expecting. I had to get out of my own way, in that sense. I had to stay true to what I wanted for the film and, in that sense, the struggles I had in working through those elements were deeply connected with my care for them.

What I set out to investigate for myself was the relationships between Black men and boys in our community. It was a challenge for me to try to manage the truth of the level of violence we experience alongside the growth that happens within us. These pockets of violence – which have been formed out of politically mandated elements, whether it be poverty, housing, or education – have been socially accepted as fact about Black boys. We have to pay careful attention to these histories; they have a long lineage that is being perpetuated right now in [Toronto].

That’s something I’ve been thinking about a lot, especially after this past summer: What is necessary for us to remember and relive as a part of our healing as Black folks and what is not. In this sense, there’s internal archives at work in the film as well, particularly in the ways that you’ve brought together so many forms of memory, whether it be personal, cultural, intergenerational, or even different types of kinship.

Officer: I wrote the first draft of this film in 2010, which, with the arrest and extradition of Christopher Coke, was also a very politically charged time in Jamaica and, over time, it felt even more like this epic story that I wanted to tell. I wanted to play with form and with structure in order to make a film that was part origin story and part reckoning story. At the same time, I didn’t want to handle memory in a way that was at all nostalgic; I wanted to keep it present. I wanted something that played with time while showing the cycles that we may or may not be able to escape from.

Williams: I think that Charles' approach to the question of, “How do we approach the question of generational trauma?” is one of the beautiful things about this script. The role that flashback in the present plays, the idea of being triggered by something that reminds you of your own history. I think that he approached that question very gracefully and he played with time in a way that is really charging and is certainly a strong point of the film.

Officer: I also had never seen a film that connected Jamaica, New York and Toronto, which is a connection that is so clear to me. My mother came straight to New York from Jamaica, and then ended up in Toronto; I grew up going to New York every summer. I had never seen that on screen. I’m trying to put ourselves in the archive. It took me such a long time to make this film because many people didn’t see the value in it. But I was stubborn.; I knew that this would be my second narrative feature following Nurse.Fighter.Boy. It’s an offering for Black men. It’s an offering for our archives.

Charles, how do you feel about the expectations placed on Black Canadian filmmakers by those who might not have the literacies required to parse these distinctions?

Officer: I do feel a duty to my culture and my people seeing that I work within a medium that we have been thus far so misrepresented in. But there has always been the question of marketability from the industry itself – it’s a question that has repeated itself throughout my career. Why do we have to continuously battle for the value of these stories that people in this country so clearly want to see?

It’s less a question of the legibility of your work than it is who it is that the work is legible to.

Officer: If there were buyers that looked like us then maybe we would see that there is a fully open market. As far as I’m concerned, the audience has spoken, and no one can tell me that an audience doesn’t exist for work like this right now. Every film I make, especially a film like Akilla’s Escape, feels like a test of where the industry is or isn’t. At the end of the day, I know the power of the community that came together to make this film and that’s the most rewarding part of it all. 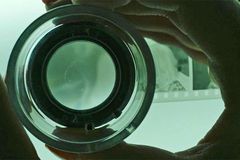 TIFF 2020: What it’s like to experience the existential weirdness of a pandemic-era film festival
Subscriber content
September 11, 2020 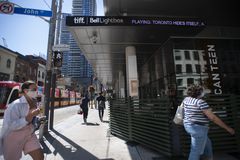