Like any movie director worth their craft-service table Maldon Sea Salt, the organizers of the Toronto International Film Festival are hoping for the best but preparing for the worst. With TIFF’s 45th edition now in the books, co-heads Joana Vicente and Cameron Bailey face the unenviable task of planning for a 2021 festival without knowing whether next September will be the same, better or much, much worse than the current season.

“We need to take some time to look at the data and do some surveys – this is the first time we’ve done this and we’re obviously learning every day. But I don’t think we would do a radically different version [if necessary],” Vicente said in an interview with The Globe and Mail. “It would just be how we can improve the situation. There are so many things that worked so well, so we’re trying to perfect it.”

Certainly, there is much that TIFF can celebrate coming out of this year’s unprecedented event. Although attendance and ticket-sales information was not yet made available, word of mouth was strong. A drastically reduced programming lineup helped spotlight smaller titles that would have been overshadowed in a typical year, such as the Canadian films Inconvenient Indian and Beans. And while Netflix and most Hollywood studios stayed away, the festival still launched a handful of potential Academy Awards contenders, including Regina King’s directorial debut One Night in Miami, the Vanessa Kirby drama Pieces of a Woman and the universally acclaimed Frances McDormand drama Nomadland, the latter of which captured the festival’s People’s Choice Award, a historical Oscars bellwether.

Meanwhile, despite TIFF’s historically rocky relationship with technology (its Ticketmaster system once again proved to be a frustration ahead of opening night), the festival’s new user-friendly viewing platforms, Bell Digital Cinema for the public and Digital Cinema Pro for the press and industry, launched with few hitches.

“We did a lot of new things – drive-ins were perhaps the thing that was most new but one of the most comfortable for us, because we’ve set up cinemas in different venues for decades – but it worked well,” says Bailey. “The online part was the biggest change, because we’ve never done anything of that scale before, but for the most part people seemed happy with the apps. And a lot of business was done, too.”

Indeed, thanks to an ironic twist of timing, TIFF became the ideal hub for distributors looking to replenish their increasingly dry production pipelines.

Last year’s TIFF saw only one major deal: HBO’s US$17.5-million purchase of the Hugh Jackman dark comedy Bad Education. This year, Netflix alone tripled that, reportedly paying upward of US$60-million for three films (Pieces of a Woman, Halle Berry’s directorial debut Bruised and the drama Malcolm & Marie, the latter of which was shopped but not shown at the fest). Meanwhile, Solstice Studios bought the Mark Wahlberg tearjerker Good Joe Bell for US$20-million, and a rash of smaller titles scored, too, including the Chloe Grace Moretz thriller Shadow in the Cloud (US$5-million to Vertical Entertainment and Red Box), which might be the first movie to sell based on a drive-in premiere alone.

And while the typical sold-out in-cinema experience was missed, the two physically distanced Lightbox screenings that I attended went off smoothly, even if TIFF had to rewrite its masking policy at the last minute after a poorly sourced Hollywood Reporter story spread fears that the festival could be a COVID-19 “super-spreader” event. (Masks were mandatory in all parts of the Lightbox, and no concessions were allowed.)

“Like anything, we made it clear what the policy was and reinforced it throughout, but people are people,” says Vicente. “I’m aware of at least one incident where someone, whether they took it off to breathe better or fix it, forgot to put it back on. And then immediately someone reminded them. But I think people, in general, followed the rules.”

There were hard lessons gleaned for organizers, too. After cutting its accredited press contingent by 68 per cent due to vaguely communicated “security concerns” regarding online access, TIFF was seemingly caught off-guard by an online uproar from those with exactly the platform to make their voices heard loud and clear.

“I do know from our communications team that we sent out an e-mail with all the information letting people know why they had to apply again and submit past coverage for this year. It sounds to me that it wasn’t universally read and absorbed,” says Bailey. “Yes, we could’ve done more to repeat that message, but the message did go out. For anyone who wasn’t accepted, it might feel personal, but it’s not at all. We had to limit numbers. And we weren’t able to hire the seasonal staff that served the press corps in a way that we usually would. There were all kinds of reasons we just couldn’t accommodate the numbers that we usually would."

Also under scrutiny were TIFF’s submissions-fee practices for this extra-lean edition. Every spring, TIFF charges filmmakers to submit their movies for festival consideration, with costs for feature-length titles ranging from $70 to $160 (shorts and television episode entries run $35 to $105). This year, the festival received 6,876 submissions, about 13 per cent fewer than 2019. Yet last year’s fest screened 245 full-length titles, 82 shorts and six series; this year, TIFF played only 57 features, 36 shorts and four series, a programming reduction of about 71 per cent.

Did TIFF consider offering refunds to filmmakers who, when they paid submission fees by this year’s May 29 deadline, were unaware that the festival would eventually select only a fraction of the number of films it usually programs?

“We absolutely did discuss that, and what we landed on ultimately was that the process of having your film screened and in some cases given feedback where possible, all of that continued. We felt that when you submitted your film to the festival, that’s what you were looking for, and that’s what was offered,” says Bailey. “We felt the main thing was giving everyone who submitted the opportunity to have their film seen and assessed, and we certainly did that.”

Money in general is a huge question mark hovering over TIFF’s future. At the festival’s opening night drive-in screening of David Byrne’s American Utopia, Ontario’s Minister of Heritage, Sport, Tourism and Culture, Lisa MacLeod, announced $1.6-million in 2020-21 provincial funding to “stabilize” TIFF “and to support its ongoing operations.” Yet this is $100,000 less than the funding that the province provided to TIFF in 2019-20.

While TIFF this year retained its major corporate sponsors – funds that accounted for 30 per cent of its total revenue in 2019 – the organization did lose long-time People’s Choice Award partner Grolsch, and it remains unknown whether others will stay the course should next year’s festival be of similar size and scope.

And then there is the future of the Lightbox, TIFF’s year-round multiplex in downtown Toronto, which has been shuttered for daily operations since March. According to Vicente, TIFF is looking at “some time in the fall” to reopen the five-screen cinema space in a “safe way and a sustainable way.”

A deciding factor could be whether there will be enough new movies to program inside the building, as U.S. studios continue to diminish their release slates, punting titles into 2021 and beyond.

“From what we’re tracking, of course it’s not a usual fall in terms of what’s going to be released, but there are enough films we’re interested in,” says Bailey. “If we’re able to open this fall, we’ll have great films for people.” 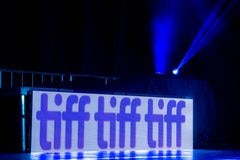 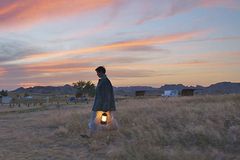