Todd Haynes is smart. Maybe even too smart.

While the filmmaker abounds with insight and intelligence, he's of little use to someone writing for a newspaper, desperate to shake out pithy quotes about his new movie, the May-December, same-sex, period-piece romance Carol.

Haynes doesn't speak in sound bytes. He speaks in breathless paragraphs. Ideas spin out into other ideas, subclauses nest within subclauses. He describes his films, and his characters, with rigorous recourse to psychoanalysis, semiotics, poststructuralism and other veins of critical theory.

When he jumps from talking about the formation of a character's ego to the way children form impressions of themselves in mirrors, I interject.

"Bingo!" Haynes says, like a passably pleased professor, before continuing to describe how the expression of personal sexuality and the experience of consciousness and subjectivity are inextricably linked.

It's heady stuff. So much so that at one point in our telephone conversation, somewhere around the time we were discussing the manners in which feminism and gay rights had been co-opted by the grander neoliberal political agenda and how, in Haynes's terms, "young people don't even understand the vernacular of standing up to capitalism," I literally exclaim, "Uh … heady stuff!"

This isn't to say that Carol is some high-altitude intellectual fair, or that you need a humanities degree from an Ivy League university (Haynes studied semiotics at Brown) to "get it." Like a handful of Haynes's movies, Carol is what might be loosely considered a "female melodrama." "Melodrama is sometimes broadly applied, and sometimes derogatorily applied," Haynes says of his films. "But they're all stories told from women's perspectives, and they all tell stories of oppression and repression, and how people bristle against the confines of their world, with various levels of success and satisfaction."

Since his controversial 1988 short Superstar: The Karen Carpenter Story, which follows the tragic final years of the pop singer's life, and is performed entirely by Barbie dolls (the Karen doll is whittled away to represent her anorexia), Haynes has been interested in stories told from a female perspective. In 1995's Safe, Julianne Moore plays a listless L.A. housewife who begins developing crippling allergies to her environment, as if her own domestic femininity is curdling into a debilitating disease.

Far From Heaven reunited Haynes with Moore, in a riff on the classic Hollywood melodramas of directors such as Douglas Sirk. His five-part HBO miniseries Mildred Pierce proved a faithful and moving adaptation of James M. Cain's novel of a housewife (Kate Winslet) striking out on her own to develop a chain of chicken restaurants, drained of the more noir-ish touches of the 1945 Joan Crawford version.

In between, Haynes has looked at the intersection of sexuality and identity (Poison, Velvet Goldmine and here again in Carol) and the mythic nature of pop stardom – in addition to Karen Carpenter, he has tackled the lives of David Bowie (though not by name) in Velvet Goldmine, and Bob Dylan (though in an oblique, self-consciously postmodern way that saw a half-dozen different actors playing different aspects of the singer's persona) in I'm Not There. His films share a preoccupation with characters finding their place in the world, whether through sexuality, art, politics or some combination of the three.

Based on Patricia Highsmith's semi-autobiographical 1952 novel The Price of Salt, Carol is the story of a married suburban housewife, Carol Aird (Cate Blanchett), who falls for a young Manhattan shopgirl, Therese (Rooney Mara). The source novel, which Highsmith published under a pseudonym, was remarkable at the time for depicting a same-sex romance that didn't end in tears and tragedy, elevating what was then considered the stuff of seedy pulp fiction to the level of proper literature. For all its large, swooning emotions, Carol is a film of subtle gestures, of fugitive hand-touches and sideways glances. It is, perhaps more than anything, a film about how we see and how we are seen.

The viewer first sees Carol and Therese through the eyes of a male friend, and begins to understand something of their relationship. Then we flash back to see Carol glancing at Therese (or rather, Therese noticing Carol glancing at her). Then we watch as Therese begins to explore her repressed sexuality, all while honing her skills as a photographer.

Emerging as a major figure of the New Queer Cinema movement of the late 1980s and early 90s, which responded to the AIDS crisis by trying to find inventive ways to tell stories about characters, the 54-year-old Haynes is now something of an elder statesman of queer filmmaking. Carol may be more restrained than the experimentalism of Poison, or the glam-rock giddiness of Velvet Goldmine, but it's also in a whole different league than contemporary gay cinema: films such as Freeheld, Stonewall or About Ray, which frame queer stories within the rigidly straight, normative stylings of tear-jerking Hollywood drama. As queerness has become more accepted, many of the possibilities of queer cinema have been steamrolled.

"I think it's part and parcel with the process of assimilation and the, ultimately positive, social drive towards acceptance and recognition of different kinds of lives and choices," Haynes says. "At the same time, there's a lot that gets lost along the way. There's this homogenization, this big sucking motion in dominant society, to absorb all the disparate elements that define the margin, or define the culture, or define those who are thrust outside the status quo. It's hard to separate that entirely from overall changes in our cultural life: experimental practices, the serious following of dramatic film, film as an art medium. All these things have arguably diminished."

Carol quietly resists such diminishing artistic and political returns. It's a film of subtle, but profound emotions, where even the straight male foils to Carol and Therese (including Kyle Chandler as Carol's hard-pressed husband) are afforded a measure of sympathy; feeling more like pathetic, incidental casualties to the women's sexual liberation. "It just made it more compelling and more complicated," Haynes says. "You couldn't villainize the men. At the same time, they're not clueless little ciphers."

It's also a work of refined, meticulous cinematic beauty, exquisitely shot by Haynes's long-time director of photography, Edward Lachman. Haynes takes the would-be pulp of a postwar housewife stepping out on her hubby to pursue a lesbian affair and imbues it with emotional and aesthetic naturalism, while maintaining the humming eroticism.

Todd Haynes may have the throbbing brain of an academic. But he has the soul of an artist.

In film, the department store acts as life’s stage – especially at Christmas
May 15, 2018 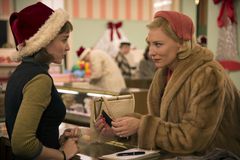 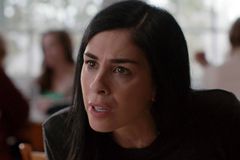