Having first made Mothers & Daughters, then Fathers & Sons, director Carl Bessai now completes the family trilogy with – please don't faint from the surprise – Sisters & Brothers. Once again, he's used the same collaborative process with the actors to work up the script; once again, he's structured the narrative around the same quartet of competing stories; and, once again, he's managed to achieve the same result: mixed. Give him full marks for consistency.

As the setting oscillates between Vancouver and Los Angeles, the four sibling relationships get briskly introduced: (1) Justin (Cory Monteith) is the young Hollywood star that his older bro Rory (Dustin Milligan) tried to be and now so pathetically isn't. (2) Another actor. Desperate to get to Tinseltown, Nikki (Amanda Crew) is a wannabe starlet prone to believing the empty promises of shady producers, much to the chagrin of her perpetually angry and aimless half-sister Maggie.

On to (3): Sarah (Kacey Rohl) is an angst-ridden teen with zero respect for her single mother, a level that drops to less than zero when Mom confesses that Sarah isn't an only child after all – meet Sita, the issue of a long-ago affair with an Indian guru. And (4): Louise (Gabrielle Miller) is the sole custodian of her brother Jerry (Benjamin Ratner) who, suffering from schizophrenia, is definitely in need of custodial care.

Intros over, the rest of the picture jumps around among the various siblings, deploying comic-strip panels to serve as cute segues from episode to episode. Gradually, over the bouncy course of events, the four stories yield a like number of conclusions. First, the ensemble performances are uniformly solid. As Mike Leigh has proved, and Bessai knows, giving actors a proprietary interest in the material does tend to bolster their work on the screen.

Second, the cast is good even when the material isn't, and it often isn't. Quickly dismissive are the Sarah/Sita and Nikki/Maggie vignettes – beneath all the shouting, they just feel shallow and silly. The Justin/Rory rivalry isn't much better, although we do learn that fame can be a lonely business, what with all those awfully gorgeous groupies making you repeated offers of empty sex.

Third, the connecting themes are interesting. It's hardly a social insight that all the siblings here seem to be the product of broken marriages, but the attendant corollary does catch our attention. Some of them suffered further emotional damage by being forced into an unfair role-reversal at a tender age: As the oldest child, they were obliged to take care of a wounded and abandoned parent, usually the mother. And their resentment, both of the parent and of younger siblings who avoided the task, lingers.

Finally, the Louise/Jerry tale is by far the strongest but also the most disappointing chapter. The strongest because, even in the scant time available, Ratner touchingly captures the schizophrenic's constant Sisyphean struggle up into self-awareness and back down into utter turmoil. As he does, the ever-patient Louise neatly pinpoints her dilemma in caring for him: "It's hard to know where to draw the line – what is the serious illness and when he's just being an ass."

Yet frustrating too because this is the singular movie we want to see, and don't. Forget the plural. Sister & Brother waits to be made – that could be a fine film. 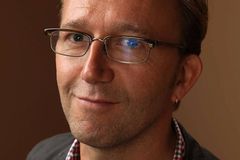