At the age of 22, Robert Stewart was a young and energetic man who understood that the most powerful weapon in the world is the camera, and armed with a camera he set out in the year 2002 to change the world.

With his award winning film Sharkwater he actually did change the world. He transformed fearsome monsters into beautifully awesome creatures, deserving of both respect and empathy.

Rob was a man passionate about sharks. He saw them as beautiful sentient beings whose existence contributes to a healthy oceanic eco-system. He set out to prove that his intuitive perception about the true nature of sharks was real, and he did just that.

When Rob boarded my Canadian flagged ship the Ocean Warrior we explored the once shark-abundant waters around Costa Rica's Cocos Island and the enchanted islands of the Galapagos.

Despite the obstacles, together we found the sharks and together we found trouble with frequent confrontations with shark-finning poachers. Together we were arrested for our interventions for filming crimes in a nation where such crimes are ignored and even protected by the authorities and where a camera is considered as something subversive.

His images contrasted the beauty of sharks within their element against the ugly images of the horror of their living finless bodies tossed overboard, drifting helplessly to the bottom of the sea to die slowly, their shocked eyes open, allowing us, for a moment, to glimpse their pain as the spark of life was slowly extinguished.

Rob once told me that he understood that his work was dangerous but that the least of those dangers was being killed by a shark. He was literally a shark hugger and the image of him with his arms around a large shark, his hand affectionately stroking what most people considered a fearsome creature, was revolutionary and enlightening.

The man knew sharks. He understood their importance and his confidence with his views about sharks allowed him to approach and film some of the most amazing images ever captured about these spectacular apex predators.

In addition to being a marine biologist, Rob Stewart had the four most important virtues needed to be a world class expert on sharks and the reality of our relationship with the living diversity within oceanic eco-system.

These virtues are passion, empathy, courage and imagination. He had the courage to follow his passion with a remarkable empathy for his subject and the imagination to transform the focus of his work through the media of film in a way that changed the perception of sharks to tens of millions of people around the planet.

Rob died doing what he loved. He took chances. Three deep dives in one day using a rebreather was dangerous and he knew it was dangerous. These devices, even in the hands of a professional diver like Rob, are unpredictable. Some people have asked why he was using a rebreather. The answer is that it allowed him to stay down long and because it does not produce bubbles, allowing him to get closer to the sharks, which are animals that are easily spooked by bubbles. It allowed him to be like one of his subjects rather than a suspicious invader from another world.

Speaking with Rob and looking into his eyes revealed a deep sadness at what our species has done to the sharks. We slaughter tens of millions of them every year to the point that many shark species hover on the brink of extinction and that is why the film he had been working on is called Sharkwater Extinction.

Rob was an incredible educator in the spirit of Captain Jacques Cousteau. He brought the aquatic realm onto land and confronted us with the reality of the true nature of sharks. That in itself was heroic, even more so than his extraordinary feats of underwater documentation. It was heroic because he was championing a creature that has for centuries inspired fear and loathing. As a filmmaker, he was the antithesis of Steven Spielberg and Sharkwater was the Anti Jaws.

Rob pioneered a new and intimate approach to documenting sharks and I believe he inspired other courageous film makers like Michael Muller (White Mike) and Madison Stewart (Shark Girl). He laid the groundwork for both film makers and conservationists.

Most importantly he has left a legacy.

He will be greatly missed, by his family and friends, by his fellow Canadians and by caring and dedicated people around the world who will never forget his work, his courage, his talent, his resolve, his imagination and his awesome passion for life, beauty and truth.

Paul Watson is a marine wildlife conservationist, environmental activist and founder of the the anti-poaching group the Sea Shepherd Conservation Society. 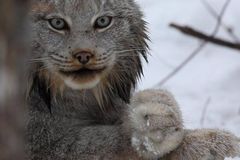