You are at the Toronto Screenwriting Conference on a Saturday afternoon, in a vast, windowless meeting room, trying not to freak. You and 300 others are in a session called Writing a TV Pilot That Sells, listening to the (alarming) stats of a polished, positive woman named Jen Grisanti. A former creative executive for Aaron Spelling and CBS, she has become a successful author and screenwriting coach, charging a minimum of $725 (U.S.) to read a pilot and deliver notes to a steady stream of clients. She encourages the audience to shout out ideas; to each one, she responds, "I love it!"

These are her stats: In eight years of coaching, Grisanti has worked with 800 writers. Forty sold their pilots. Five of those made it to series. One is still on the air. Those numbers, she assures you later, are above the industry norm.

They make you sweaty. One in 20 sold a pilot? One in 160 made it to air? Those seem like slim margins for the 600 souls at this conference, most of whom shelled out $495 for two days of sessions. (Fifty-seven per cent are screenwriters; the rest are various media professionals.) Yet each believes they can get the pot of gold Grisanti is selling, which what the other speakers have achieved – among them, the showrunners Glen Mazzara, Emily Andras and Stephen Falk, who created, respectively, Damien, Wynona Earp and You're the Worst; and Moira Walley-Beckett, who won three Emmy Awards during her six years writing Breaking Bad, and is currently holding a worldwide casting call for the lead in Anne, her Anne of Green Gables series reboot.

Conference founder Glenn Cockburn, president of Meridian Artists agency, began the TSC seven years ago with the goal of "providing professional screenwriters and the people who work with them access to the minds and insights of other professionals," he tells you. He believed it would strengthen the Canadian writing pool, and ultimately, the Canadian film and TV business. (Andras and Walley-Beckett are Canadian-born.)

He didn't want to replicate what he'd seen at similar-sounding events across North America – peddling false hope to beginning writers and hobbyists. He prefers words like information, inspiration, aspiration, optimism.

But helpful as the sessions are (the five you attend are full of good stuff), it's difficult not to read hope – and its flip side, envy – in every face here. Throughout these two days, emotions swing between "Hey, why not me?" and "Hand me that Walmart application" more times than you can count.

For example, the session with Nicole Clemens, the gorgeous, whip-smart executive VP of development for FX Network, is so insanely positive that, afterward, a friend jokes that she had to be a hologram projection of every writer's wish-fulfillment fantasy. She only says precisely what you want to hear, and means it: She looks exclusively for auteurs who can fearlessly bring their personal, specific point of view and voice to long-arcing character journeys. "We don't want anything manufactured," she says. "Let your freak flag fly."

She hears approximately 700 pitches a year. She only buys what she thinks the FX group will make (roughly, 30 dramas and 40 comedies annually). She hardly gives notes, unless it's to remind writers to stay true to their original, daring intentions. It's all so stupendously uplifting, you are amazed the audience didn't throw roses at her.

When you ask Clemens if she's conscious that she's fostering hope, and she says yes. "I'm sincere, though," she adds. "If your stuff is good, eventually you will rise. The people at this conference are working; they're invested." She can tell, because no one made the rookie mistake of trying to pitch her – which has happened at other conferences.

In her session, Walley-Beckett thrills the crowd with her origin story: A performer who became a playwright and TV writer, she saw Breaking Bad, fell in love, broke every rule by writing a spec script, and then turned down a sure-fire network gig to wait for her chance. "It was the biggest Vegas moment ever," she says. "I gambled on love and it paid off. But I had such a powerful connection, I couldn't not."

Her advice to other writers is equally positive: "Find and hold onto your voice. That's where possibilities spring from, for a career that's going to mean something. Don't let the current of the stormy sea of job search and acquisition dampen your voice." Then she was off to the Arctic, to watch her first feature script, The Grizzlies, become a film.

Andras, who breaks down for conference-goers what happens in a writers' room, also has a juicy origin story: As a student, she wrote a spec of Friends and landed a mentor. While learning to write, she catered a puppet show. (The puppeteer once reamed her out for cutting the carrots wrong – with a little-girl puppet still on his hand.) Now she's run three shows. But she's the only person you speak to who admits that she wanted to shout into the conference, "Save yourselves, it's not too late!"

"You have to have such thick skin," she explains. "When I talk about my failures, I can spot the look on a young writer's face that says, 'That's not going to be me.' And that's good – you need that blindness to get started. But there's so much rejection."

After two days of this, you need to know: Given the absurd odds, why does anyone – everyone! – want to screen-write? "There's a romance going on with screenwriting," Andras says. "Fifteen years ago, nobody knew writers' names. Now the general public knows Joss Whedon, Aaron Sorkin, J.J. Abrams. And people want to tell their stories."

Clemens has a shorter answer: "It's your opportunity to be seen and heard."

Interestingly, only Grisanti mentions the lucre, which ranges from modest to millions. "You're buying into the dream," she says. "The writers I met at the beginning are now having tremendous success." Yet even she adds, "Mainly what entices people is to have a platform to send a message out to the world."

At the end of her session, Grisanti puts up a slide showing the URL for a summary of her talk. The air fills with clicks as everyone taps it into their laptops. She also introduces a contest in which the prize is a consult with her. Not every writer here will enter. But the ones who do are the only ones who stand a chance out there. Hope is a thing with feathers. In six acts, plus teaser.

How much truth should viewers expect from a documentary? 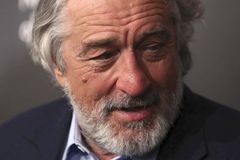 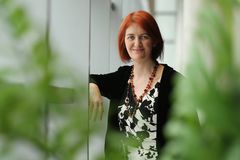 What makes a great script? The Oscar nominees for best original screenplay 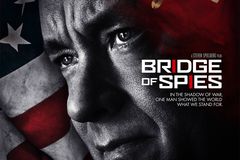