This past May, Ringling Bros. and Barnum & Bailey Circus finally announced the retirement of its roster of show elephants, thanking them for more than a century of service, and wishing them well as the animals shuffled off to a sanctuary in Florida. It was a welcome bit of news as, that very same day, documentarians D.A. Pennebaker and Chris Hegedus arrived in Toronto to prepare for a long round of press to promote their new film, Unlocking the Cage – a passionate animal-rights doc that not even an elephant could not forget.

The project, which premiered at Toronto's Hot Docs Film Festival in the spring, follows American lawyer Steven Wise, who has spent his career trying to give animals such as chimps, elephants and whales "personhood" rights – to essentially protect them from abusive situations in much the same way a human could contest his or her own victimization. The film is a noble, and at times nakedly bold, plea for animal compassion – a concerted effort to make inroads that would one day find the idea of zoos or the world's remaining circuses abhorrent.

But Unlocking the Cage is more than a film about animal rights – it's a case study in just how difficult the documentary industry has become, a not-so-shining example that illustrates everything wrong with the current film-financing culture, and why even masters of the form, such as Pennebaker and Hegedus, have to fight to get their work on screen.

At 91 years old, Pennebaker is a living legend in the documentary world, and an original innovator of the cinéma vérité movement. He has directed more than 50 features, including 1967's seminal Don't Look Back, which chronicled Bob Dylan's final acoustic tour, and 1968's Monterey Pop, which captured iconic performances from Janis Joplin and Jimi Hendrix. Together with wife and creative partner Hegedus, 64, the pair have shot everything from political docs (1993's The War Room) to indelible cultural portraits (1979's Town Bloody Hall). Pennebaker received a lifetime achievement Academy Award in 2012, and even helped build the first portable 16mm camera. He, along with Hegedus, are seemingly the last people who might struggle to get their films made. Yet, Unlocking the Cage proves that no one is immune to the industry forces currently roiling the film world.

"In a way, it's an artificial business to begin with," says Pennebaker, still dapper and droll despite climbing up two flights of stairs to get to his Canadian distributor's office. "But still, you have to survive, and the people making the films have to survive. If you can't [shoot your doc] in a year and a half or so, you're into some sort of charitable endeavour. And that's what this kind of filmmaking is – you satisfy your curiosity at whatever cost."

For Unlocking the Cage, which took several years to make as Pennebaker and Hegedus followed Wise through various levels of courts and lawsuit filings, that cost ended up being shared by a number of stakeholders. HBO initially passed on the project, only to jump on just as the production was hitting post. The Gucci Tribeca Documentary Fund kicked in some money, too, as did the BBC. The directors made a short doc for The New York Times on the subject to help keep the film going. And finally, they turned to Kickstarter, the crowd-funding platform that you might associate with fledgling first-timers, not Oscar-calibre veterans.

"It was as humbling experience for hundreds of people to support your idea. But for us as filmmakers, it was the only way to make your film," says Hegedus, who shot the majority of the doc with a small, two-person crew. "It's very hard to raise money to make these films, and we got some smaller grants, but just not enough to follow the story for three years. So it was essential for Kickstarter to keep this project going."

That meant going down an unfamiliar production path than the pair was used to. With Kickstarter, the filmmakers were expected not only to produce a feature, but to provide perks for investors along the way. "It was harrowing, I have to tell you," says Pennebaker, only half-joking. "Collecting bits of this and that to send to 400 people is a whole job, like a drug store sending out annual benefits notices. I think it was a terrific thing to sell the picture, and you brought in all kinds of people who would have never known what you were doing, so it was probably a worthwhile thing to do. But my son Chris curses the day we ever did it – he's still sending out things." (Those items include old film frames from Don't Look Back and Pennebaker's 1973 David Bowie concert doc, Ziggy Stardust and the Spiders from Mars.)

While the fundraising project proved successful, it still served as a wake-up call to the couple as to just how challenging the documentary world had become. "I remember back in maybe 1998, I did a film called Startup.com, about the whole rise and fall of the Internet," Hegedus recalls. "I always remember there was this one woman, an Internet guru named Esther Dyson, who said, in the future, artists will have the privilege of making art, but it's going to be free for the masses. And I was like, 'Whaaaaaaat?'" she says with a laugh. "But it's true in a lot of ways: the business model for films is in a new shake up, and it's kind of the Wild West. But you have to go with it, you have no choice – you have to figure out how to make it work for you."

Although the doc world was never one rife with riches – the highest-grossing doc to date is Michael Moore's Fahrenheit 9/11, and it only earned $119-million (U.S.) in its lifetime, or about $10-million less than Suicide Squad tallied in its first three days – it's still more challenging than ever to stand out in the medium, thanks to both a lack of funding and, Pennebaker believes, a glut of product.

"There were a lot of people who knew how to use a camera who were just sitting around – they didn't quite see how to make a film by themselves, because filming traditionally was made by factories in Los Angeles with lots of people and lots of money," he says. "The minute that people understood it was possible to make a film by themselves, the idea spread across the world now like some sort of disease. It's such a beguiling idea that you see thousands and thousands of films all originating in somebody's head, and no studio to take advantage of whatever the current money-making process is."

Indeed, according to initial findings from a recent study conducted by the International Documentary Association – which was launched last January and polled industry professionals – 67 per cent of respondents said they did not earn their primary living through filmmaking, with 36 per cent saying they even spent their own money (between $5,000 and $50,000) to keep their projects going. (Full results of the IDA survey will be released in September.)

Pennebaker and Hegedus see no easy fix – at least not in the United States, where, Pennebaker says, "we don't support the arts like in Canada or Europe or Australia. We're such a wealthy country, but finding money is difficult." Although, Hegedus adds, the industry might be halfway to a solution with the advent of streaming services. "Being able to go online to view a film is such an obvious solution that a lot of people just release these films for free – we need to work out the money flow."

For now, though, the pair is optimistically pushing their new film, and, perhaps more pressingly, hoping to find a home for their huge archive of vintage camera equipment, correspondence and filmed outtakes from decades' worth of docs. (The treasure trove is currently shared between their Upper West Side townhouse and a warehouse in upstate New York.)

"We still haven't found a home," says Hegedus. "We spent so much time on this film and pushing this baby out into the world, but it's a pressing and important issue for us as filmmakers."

"It's a huge amount of material, and in some ways is a unique history of the last half of the century, not just a collection of film, but information about the most important people of the century," Pennebaker says, before turning to Hegedus with a sigh.

"I hope we can find some place for it," she adds. "In some ways, we think about it as the history of our times."

Unlocking the Cage opens Aug. 19 in Toronto, Aug. 20 in Calgary and Halifax, and Sept. 2 in Montreal.

Film Review
Unlocking the Cage is compelling, even with a questionable subject
May 16, 2018 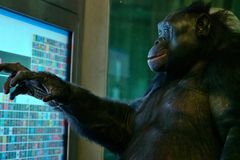 Film Review
Gleason documentary is hard to watch, but ultimately inspiring
May 16, 2018 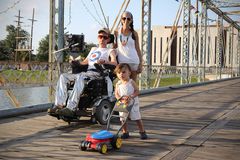 Film Review
Eat That Question takes a fascinating dive into the complex Frank Zappa
May 16, 2018 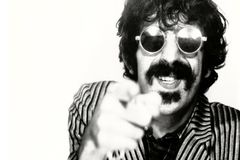