Hollywood may favour the happy ending, but film festival fare, thank heavens, is more nuanced – in particular non-fiction, where reality gets square in the way of the fairy tale. The star director's high-tech stage might malfunction on opening night, the Oscar-winning animator may never complete his magnum opus, the bestselling Irish author might be facing death, just as she's getting her life together.

Three compelling documentaries screening at the Vancouver International Film Festival, which opens today, present three cultural overachievers at their most vulnerable, as they meet potential failure – or worse – head on. Canadian superstar director Robert Lepage grapples with a contraption of a stage at the Met, Canadian-born animator Richard Williams fights to finish the film that should be his masterpiece, and Irish author Nuala O'Faolain gets a shocking cancer diagnosis. Grim, at times, but gripping, always.

Lepage is a Québécois icon, but you didn't have to be Canadian – or indeed an opera fan – to be caught up in the drama of his Ring cycle for the Metropolitan Opera in New York. We all read or heard about his beast of a stage – a 90,000-pound gamble that some purists felt was more spectacle than sprechgesang. No matter what people thought of the production itself (it was both panned and praised), there was some Wagner-worthy drama going on behind the scenes as Lepage and his team at both the Metropolitan Opera in New York and Ex Machina in Quebec laboured to bring the shows to the stage.

Watching the documentary Wagner's Dream – which makes the case for Lepage's vision being closer to Wagner's than his detractors would have us believe – we all get to be flies on the wall as the machinery conks out on opening night; soprano Deborah Voight, making her Brünnhilde debut, falls; and the production suffers other, often stage-related, mishaps.

"When you're trying something like this, when it's extremely edgy, for sure you're going to slip on a banana peel somewhere in the process," Lepage said this week from New York, where he is directing The Tempest at the Met (it opens in October following its world premiere this summer in Quebec City).

Despite the added pressure, Lepage agreed to be followed by the filmmakers (the film was financed by the Met, but director Susan Froemke emphasizes that the filmmakers had complete creative control). The initial plan was that they would document only the making of Das Rheingold, the first opera in the cycle. But the filming was extended again and again as tension-rich material continued to present itself, in particular in the form of that stage. They wound up shooting for four years.

"Because this vision was so ambitious and so hard to execute and it seemed like every year we kept filming it was becoming more difficult to actually execute, the machine did become a major character and, as many people said, it became a diva too," says Froemke. "Because some days it was happy and worked beautifully, and some days it was cranky and came to a halt."

Lepage remains strangely calm throughout, even when things appear most dire. "I never once saw him lose his temper," says Froemke.

When asked about this, Lepage laughs. "Sorry to use a vulgar word, but shit happens," he says. "And it makes you more creative. When these things happen, if you're crushed by that, you're not meant to be working in the performing arts. Go do film and television where everything is under control, where everything is edited and canned."

Not that film is always a sure thing.

Richard Williams is another Canadian visionary who pushes his own creative limits to – in his case – the breaking point. The Toronto-born animator wound up in London, where he established an excellent reputation working on commercial projects and Hollywood films. But it was his own film, to be called The Thief and the Cobbler, that really drove him. For almost 30 years, he worked to create what would surely be his masterpiece – an ultimately doomed project that is documented in Persistence of Vision, having its world premiere at VIFF on Thursday.

"It's a huge story. And yet it's kind of an untold story. It's almost a forgotten story in cinema history," says director Kevin Schreck. "How could something of this grand, almost operatic level of drama … be so overlooked? So my interest became an obsession of my own, in a way."

Williams's film was indeed an obsession. He worked on it for 28 years, painstakingly creating the animation – by hand, along with a devoted team – all juggling the project with paying work. On Oscar night, when Williams won for his ground-breaking work on Who Framed Roger Rabbit, he ended his speech cryptically. "The best is yet to come," he declared at the podium.

But alas, it was not.

Williams did secure a deal with Warner Bros., but the Completion Bond Company seized the film when it went over deadline. It was ultimately released in a form that would have made Williams retch. The film he dreamed would elevate animation to a legitimate art form was reduced to the lowest common denominator, complete with musical numbers.

Schreck, 23, first heard about The Thief and the Cobbler five years ago when a friend sent him a link to a fan edit of the film. Schreck had read Williams's seminal book The Animator's Survival Kit – a bible of sorts for animators – but did not know about this chapter in the filmmaker's life. Schreck began to pursue the story, interviewing people who had worked on the project and, through them, uncovering some extraordinary archival material – including footage of Williams discussing the film, and some of the animation itself. "We actually uncovered probably about two hours of animation that hasn't seen the light of day in over 20 years," says Schreck.

But Williams, who still lives in Britain, would not speak about The Thief.

Williams spent millions of his own money on his unfinished masterpiece; Schreck dug into his own savings and raised about $8,800 (U.S.) on Kickstarter to make Persistence of Vision – his first feature.

In Nuala, a great Irish artist is seen – heard, really – at her most human. Nuala O'Faolain was 68 in early 2008 when she learned she had brain and lung tumours. Shortly thereafter, she asked her friend, veteran RTE broadcaster Marian Finucane, to interview her about the diagnosis and her impending death. It was raw, painful and honest – and touched a national nerve.

"I have to say pretty much everybody I know in Ireland has heard that interview," says Patrick Farrelly, co-director of Nuala, which has its North American premiere at VIFF on Thursday.

The interview became the foundation for Nuala, which traces the unusual life of O'Faolain. One of many children of a philandering social columnist and an unhappy, boozing wife, O'Faolain got kicked out of school twice (high school and university) for messing around with men, but her longest monogamous relationship was with a woman. O'Faolain was a television producer, became a newspaper columnist and ultimately a memoirist, whose debut Are You Somebody? was a New York Times bestseller. O'Faolain was in her 50s when she wrote it. More books followed.

Like the radio interview – O'Faolain died a month after it was broadcast – the film is difficult and beautiful at once.

"I think I'm giving them access to perhaps a bleak but nonetheless an honest insight into people's fears about dying and death. But also I think an interesting insight into a very complex woman's life. And a woman who was great fun," Finucane said from Ireland this week. "Though difficult. She could boss you from here to Timbuktu."

Finucane finds it meaningful that the film is having its North American premiere in Vancouver, a city O'Faolain visited in the fall of 2007, a few months before her life abruptly changed, then ended. She was here for the Vancouver International Writers Festival and yes, she was as grand in person as she was on the page.

The last words O'Faolain spoke before she died were to Finucane, over the phone. "Goodbye, dear friend," she said. O'Faolain had tackled her art, but here she was faced with a fight none of us can win – not the world's most visionary director, or greatest animator, or most eloquent writer.

"I've been a lot of places, I've loved lots of people, usually unwisely," O'Faolain said in that final interview. "And what's the point? What's the point of all I know? It seems such a waste of creation. With each death, all that knowledge dies." 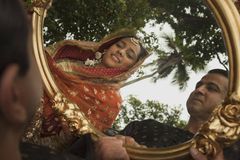