The great German auteur and documentarian Werner Herzog is a master of the startling image that sticks in the mind long after the lights have come up. His admirers are unlikely to be able to banish those monkeys who crawled all over the Spaniards' raft in the final desperate scene of his 1972 feature Aguirre, the Wrath of God, nor forget the experience of seeing prehistoric cave paintings in 3-D in his 2010 documentary Cave of Forgotten Dreams.

And yet in his new film, Lo and Behold: Reveries of the Connected World, it is something utterly banal, a few plates of pastries sitting on a kitchen counter, that proves oddly persistent, uncomfortably turning real victims of cyberaggression into characters in a Herzogian drama.

Lo and Behold, making its Canadian premiere this week at Hot Docs, is a film about the past, present and future of the Internet in which Herzog speaks with the enthusiastic researchers who pioneered networked computers and the ones who are now working on artificial intelligence. But he also examines the dark side of the connected world. Specifically, in one scene, he films the family of Nikki Catsouras, an 18-year-old Californian who was almost beheaded in a fatal car accident in 2006. After two emergency dispatchers circulated gruesome images of her body to friends, the photos went viral, to the continuing horror and anguish of her bereaved parents and three sisters.

Herzog uses the Catsouras case as a lesson about the perils of anonymity, instantaneity and global reach, but the way in which the family is filmed seems to contradict the sympathy expressed by the director (whose voice can often be heard during his conversations with his subjects). Only the parents speak, in painfully repressed tones, as the three sisters, all dressed in black, sit grimly around a granite counter incongruously laden with generous plates of muffins and croissants. The effect of that silent chorus and the uneaten food (one can guess it may have been prepared by the family for the film crew) is creepy, creating a histrionic atmosphere well suited to the grisly story but that does the people themselves no favours.

Herzog, who insists that he is not a journalist and will not use the word "interview" to describe his working process, recently told The New Republic that he loves everyone with whom he speaks in his film. He's got a funny way of showing it.

Of course, there is a prosaic reason for Herzog's reinvention of himself an American documentarian: The kind of big-budget European auteur cinema in which he first made his mark barely exists any more. When the filmmaker does still produce features – his most recent, Queen of the Desert, was a poorly received drama, starring Nicole Kidman as the British Arabist Gertrude Bell, that has yet to be distributed in North America – they are in English, not German. Since Grizzly Man in 2005, his current reputation lies entirely with his unusual docs.

They are unique films because the German auteur's re-emergence as a documentarian also makes a lot of artistic sense. In his features, films such as Aguirre or its thematic sibling, Fitzcarraldo, from 1982, he depicted monomaniacal men pushed to the limits of sanity by their own grand schemes and, notoriously, pushed the volatile actor Klaus Kinski to his limits to create these characters.

Art and life seemed crazily intertwined in these projects and a documentary such as Grizzly Man felt like an extension of that modus operandi. That film was a project that simply cut out the middle man – fiction – as it turned the video diary of the increasingly erratic bear activist Timothy Treadwell into another portrait of obsession. Treadwell, who was killed by the bears he swore to protect, seemed tailor-made for Herzog, who depicted him as a delusional amateur with a death wish, like some real-life Aguirre.

Herzog followed Grizzly Man with the sometimes surreal Cave of Forgotten Dreams, which speculated on the motivations behind prehistoric art, and Into the Abyss, a documentary about killers on death row that wondered what it felt like to know the exact date of your demise. These docs are the creations of a singular vision that not only rejects any notion of journalistic objectivity, but also doesn't fit the model of point-of-view documentary; Herzog is not making arguments nor assembling evidence so much as he is ruminating on chosen themes the way he previously did in features.

The difficulty in Lo and Behold is that his philosophizing – "Does the Internet dream of itself?" he asks – leaves you wondering how much to trust the new film. It is a fascinating portrait of the Internet's rise and a thoughtful warning about its failings, but it is also an alarmist documentary in which Chicago astronomer Lucianne Walkowicz talks at length about solar flares that might knock out all power – and thus all connectivity – on Earth. Would the results really be as disastrous as Herzog suggests? Certainly no journalist could get away with showing images of the flooding in New York after Hurricane Sandy to illustrate an entirely hypothetical calamity. Good thing Herzog isn't one.

Lo and Behold: Reveries of the Connected World screens April 28 and 29 at Hot Docs (hotdocs.ca). 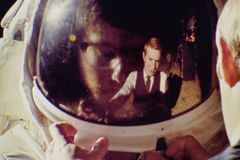 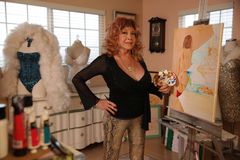 Hot Docs festival revisits trial of the century with O.J.: Made in America
April 21, 2016 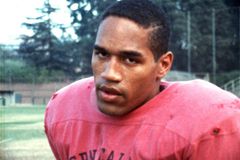