What a difference four decades and some drone technology can make in the career of a filmmaker.

In 1977, Werner Herzog risked his life travelling to the empty island of Guadeloupe, where the entire population had been evacuated because the volcano known as La Soufrière was about to erupt. His notorious short film La Soufrière captured deserted streets and clouds of billowing smoke as well as recording the fatalistic thoughts of three impoverished locals who had chosen not to leave. The project cemented the German director's reputation as an outrageous risk-taker on a film set, but La Soufrière ended in his embarrassment because the volcano failed to erupt.

Today, an older and more cautious artist has created a full-length documentary, Into the Inferno, which looks at active volcanoes from Iceland to North Korea and the South Pacific, covering both the scientific and the cultural explanations of their rivers of lava, massive boulders and toxic plumes – phenomenon that were captured by cameras mounted on drones.

"There is no perfect safety but I would rather [reserve] certain risks for myself," Herzog explained in a recent interview. "The camera crew better stay at some sort of distance and when we are really getting close, it's a drone."

The idea for the film, co-directed by Cambridge University volcanologist Clive Oppenheimer, began when the two men first met in the Antarctic, where Herzog was shooting his 2007 documentary Encounters at the End of the World. Oppenheimer appears briefly in that doc about scientists in Antarctica and, discovering a mutual fascination with volcanoes, the pair decided to do a full film on that topic.

In 2011, Oppenheimer also published Eruptions that Shook the World, a study of the science, history and myth surrounding volcanoes, and that cross- disciplinary approach informs Into the Inferno, which traces links between volcanoes and Indonesian folk tales, Korean nationalism and local cults on the South Pacific archipelago of Vanuatu.

"It is not just about eruptions; it is about consequences for people who live under the volcano, their belief systems, their fears, their demons, their new gods," Herzog explained.

In that regard, Oppenheimer, who is shown respectfully interviewing a believer in Vanuatu's John Frum cargo cult, proves a crucial anchor for the film as he explains the science and explores the culture.

"It was a revelation making the film, how much sense it makes to have these belief systems when, over your shoulder at night, you see the glow from the mountain," Oppenheimer said. "[One person in the film] says, 'I looked at this fire and it is moving like water but it is not water. What is it?' When you haven't got a university background in geology you are going to have to come up with some other way of interpreting it. I find those interpretations as valid as the scientific."

That revelation dovetailed with current thinking in volcano science, Oppenheimer explained: "Where you are looking at risk reduction, there has been a paradigm shift from thinking we can solve things technologically – better warning systems and so on – to [the idea] you have to understand populations at risk. Part of that is looking at belief systems, the traditions."

Herzog pressed the point: "It is of vital importance for crisis management, understanding the mythologies and the demons of a volcano in Sumatra makes it possible to evacuate half a million people rapidly. They leave everything behind, their livestock, their homes. … There is a gigantic practical side to it and you have to find the right language to explain, the right mood to persuade half a million people to leave everything in an hour."

Of course, it was those who stayed behind who really interested Herzog back in the days of La Soufrière. Both in documentary and in fiction, the German director who now lives and works in the United States has made his reputation with stories of lone madmen facing extreme nature, from Fitzcarraldo to Grizzly Man. Today, he and Oppenheimer still debate the psychology of those willing to face the volcanoes.

Herzog recalled the man in La Soufrière who lay back on the ground, explaining to the director that this was the position in which he would greet death: "For me, he was the only real interesting one, apparently [he had] a different attitude towards death. But Clive thinks that those who insist to stay behind very often are the mentally unstable, the wackos, half-insane."

Oppenheimer demurred, saying it is the marginalized who remain: "If you look at Hurricane Katrina [in New Orleans in 2005], it was assumed everyone has a car. What do you do if you don't have a car? It's about being fully conscious of society, of sectors that are more vulnerable – the mentally ill, the elderly, the immobile."

Meanwhile, the filmmakers were always aware of the tragic example of French volcanologists Katia and Maurice Krafft, who died in 1991 during an eruption of which they had captured astounding footage that is used in safety films to this day. On the set of Into the Inferno, crews were warned against unnecessary risks and cars were always parked facing back the way they came.

"I am clinically sane," said Herzog with a laugh.

Into the Inferno is available on Netflix starting Oct. 28.

Review
Into the Inferno: Volcano doc filled with insight into nature and culture
October 28, 2016
Werner Herzog explores perils of the Internet in new doc Lo and Behold
April 28, 2016 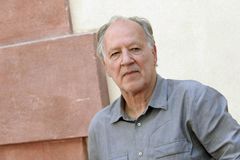 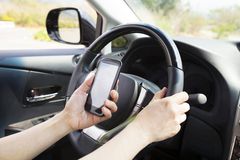