He is young and scruffy, an idealist with shaggy hair and a fervid mind, and he stares into the camera with unsettling certainty.

"I feel very strongly that it's not enough to just live in the world as it is, to just take what you're given and follow the things that adults told you to do," says the gifted technologist and political organizer Aaron Swartz, in the film about his life and his death that opens Toronto's Hot Docs documentary film festival on Thursday night. "Once I realized there were real serious problems, fundamental problems that I could do something to address – I didn't see a way to forget that, I didn't see a way not to." 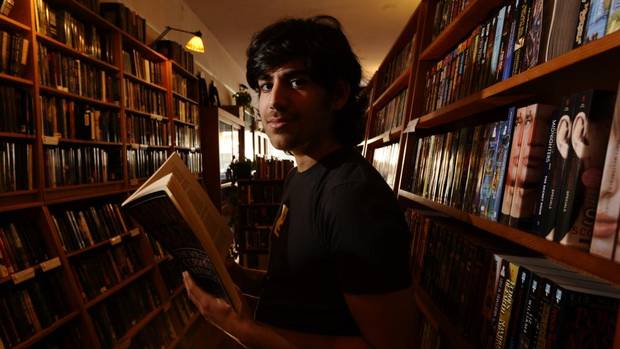 In programming The Internet’s Own Boy: The Story of Aaron Swartz as the opening-night film, Hot Docs signals a preoccupation with some of the major themes of our era. “I think it speaks to so many things that all of us in the general public are dealing with, and also filmmakers are dealing with too: This idea that information is power,” says Charlotte Cook, the Hot Docs director of programming.

“I think this is possibly the subject of our time, certainly of my generation, which is: What is public? What is private? What do we have access to and what do we own, as a society,” says Cook. “What is ours? And also, who represents us?”

There is something else. At its core, the film is also about a young man who saw problems with the world and sought to fix them. Which is to say Swartz embodied the raison d’être of just about everyone bringing a film to Hot Docs over the next 10 days.

Survey the landscape of this year’s festival and you’ll find galling accounts of the wrongly convicted, crowd-pleasing chronicles of social-justice campaigns, intimate portraits of individuals observed in moments of wrenching personal change. 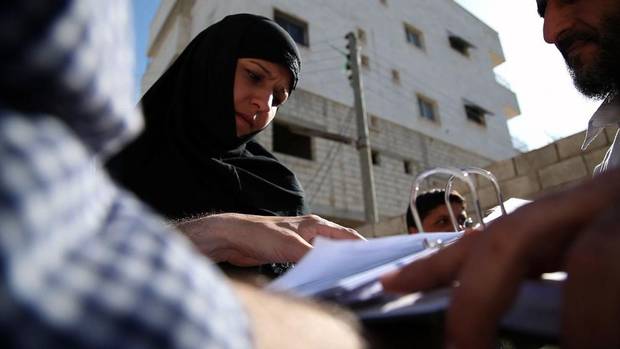 E-Team follows four members of Human Rights Watch’s Emergency Team as they sneak into Syria and Libya to interview civilian survivors of government-sponsored attacks. In Just Eat It: A Food Waste Story, director Grant Baldwin and producer Jen Rustemeyer spend six months surviving on so-called “found food” – often perfectly fine fare that others, scared off by an early best-before date, have thrown in the trash.

Last year’s Hot Docs featured a widely praised chronicle of the Occupy movement. But the flush of people power roiling the West over the past few years didn’t begin or end with Occupy; many filmmakers are still finding rich stories in the streets. 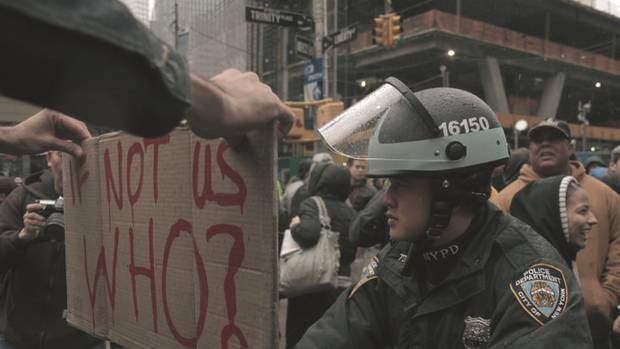 Everyday Rebellion offers a colourful survey of the state of peaceful protest around the world. We Are the Giant follows a handful of revolutionaries in tracing the different paths – some peaceful, most not – taken by the Arab Spring in Syria, Bahrain and Libya. 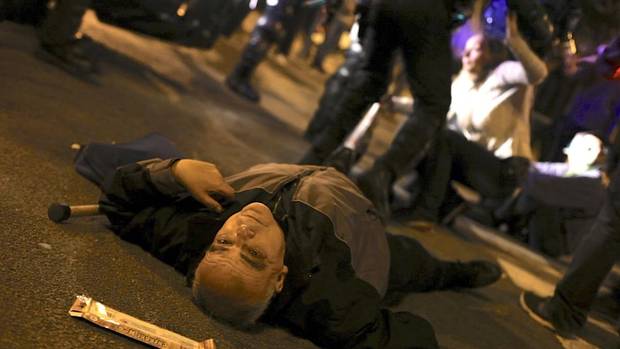 Demonstration is a 70-minute mood piece that captures an anti-austerity protest in March, 2012, in Barcelona. Shot by 32 student filmmakers and then stitched together with an operatic score, it is a mesmerizing, impressionistic work of unlikely grace.

Given all of that street action on film, you could probably have a well-lubricated drinking game spotting Guy Fawkes masks, if that’s your thing. 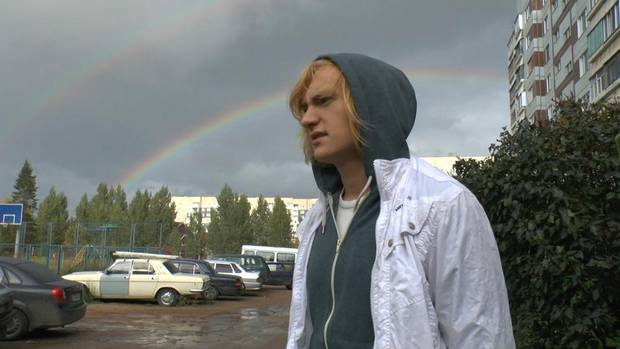 Canadians often get to experience these stories at one remove – say, throwing barbs from afar at Russia’s anti-gay propaganda law while also helping to fund Children 404, a film about the issue that was backed in part by the Montreal-based network Cinema Politica. 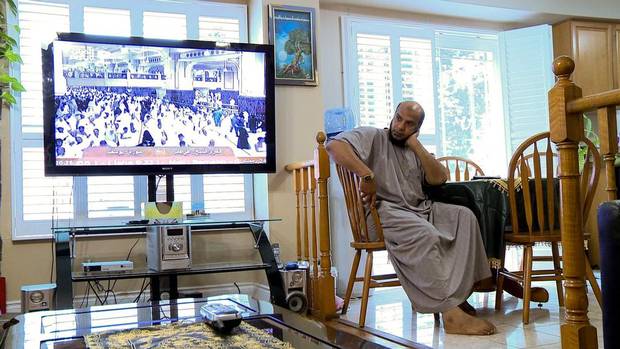 Still, one story is guaranteed to appall Canadians: The Secret Trial 5, which details the Kafkaesque nightmare endured by five Canadian immigrants who were held in jail for a total of more than 50 years since 2001 under a special Immigration Department designation. The men were never charged with a crime, but their lives have been swept asunder for the last decade. Three of them still live in a hellish legal limbo.

Which brings us back to Aaron Swartz.

In The Internet’s Own Boy, we meet Swartz as a small child, a talkative home-movie moppet who has taught himself to read by age 3. By the time he turned 15, Swartz was a programming prodigy who was attracting the attention of people such as Tim Berners-Lee, the inventor of the World Wide Web.

After working for more than a decade developing technology (he co-founded Reddit and a manic list of other projects), Swartz gravitated to politics. In 2012, he helped organize the notorious blacked-out-website protests against the Stop Online Piracy Act and the Protect IP Act in the United States.

Swartz, who killed himself last year while awaiting trial on federal charges relating to his unauthorized downloading of more than 20 million articles from academic journals, may be an unlikely poster boy for optimistic earnestness. But he is a snug fit for a festival dedicated to a form of filmmaking that believes it can still make a difference in the world. (Literally: On Friday afternoon, Hot Docs is scheduled to host a panel discussion in which the New York-based film consultant Patricia Finneran will present case studies of documentaries affecting audiences’ views of certain issues.)

Swartz is also a sadly ideal fit in another way. His story puts the lie to the popular Hollywood fiction that change is easy: a simple matter of Brad Pitt making a rousing speech, or Jennifer Lawrence and Bradley Cooper dancing so nicely together that everyone suddenly realizes that mental illness is really not that scary.

But, as a wide selection of this year’s Hot Docs films makes clear, agitators such as Swartz often pay dearly. 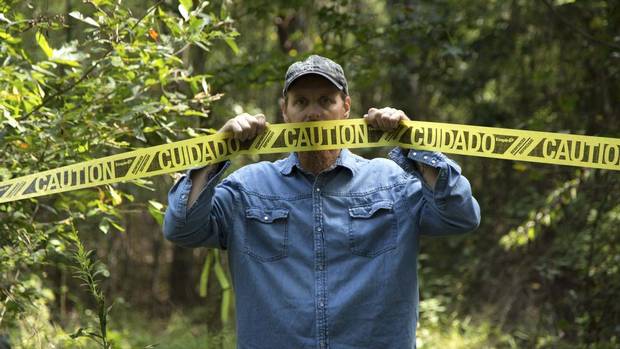 In Above All Else, director John Fiege chronicles the struggle of David Daniel, an east Texas man whose 20-acre patch of land – blessed with a sun-dappled forest, birdsong and crystal-clear creeks – lies directly in the path of the proposed Keystone XL pipeline set to run from Alberta to Port Arthur, Tex.

A former high-wire acrobat, Daniel builds a network of seven treehouses set 25 metres above the ground, to haul himself up when Keystone’s tractors begin chewing up his land. “If there’s a fight you believe in,” says one of Daniel’s fellow protesters, “it’s worth getting engaged in it, even if you get your teeth kicked in.”

Hot Docs runs in Toronto from April 24 to May 4 (hotdocs.ca).