I have two voicemails on my phone left by Philip Seymour Hoffman the week before last. He was calling to offer praise for a young actor he had worked with and whom I was profiling for a magazine. The messages themselves are in many ways unremarkable, but the fact of them is not.

"Hey Leah, it's Phil Hoffman calling," is all he says in the first one, his voice a familiar crunch of pebbles followed by that unmistakable pause. "Uh, I'll call you back in like 10 minutes or so." He called back 10 minutes later as promised and, in the same slightly regretful tone, said a few kind words about the actor in question, then signed off with a whispered, almost sheepish, goodbye. "Okay, if that was our last chance to talk I'm sorry I missed you."

I've listened to those voicemails a couple of times since hearing the news of his death by suspected heroin overdose over the weekend, and felt queasy at my own morbid curiosity in doing so.

Hoffman was a skilled actor but I don't think that's why he'll be missed. It was his ability to convey and elicit empathy – a certain wounded, unfixable longing to be better – that made him truly extraordinary. His face was less a collection of features than a glimpse into the possibilities of human heartbreak. And so in his funny, hopelessly flawed way he was a person who made other people better.

I have always been uncomfortable with public outpouring over the deaths of the famous. The possessive way so many on social media (and even in the mainstream) feel the need to claim a connection – a modern affliction I've come to think of as the I-once-got-drunk-with-Christopher-Hitchens syndrome. The race to declare the recently dead as "great," their death as "tragic," and the world at a "loss" quickly renders my Facebook and Twitter feeds a repetitive no-comfort zone every time a celebrity I admire dies. Perhaps I should take comfort in the fact that I am not alone, but I don't. Or I can't. I'm not sure which. And in Hoffman's case the usual clichés were accompanied by a supplementary stream of proclamations on the horrors of addiction – bromides that were predictable at best and odiously judgmental at worst (the phrase "such a waste," was being bandied about a lot).

Perhaps, by this measure, I'm a hypocrite for even mentioning the voicemails. They are such a speck of a gesture in the life of a man whose gestures and expressions created whole fictional worlds and moved countless admirers to tears and beyond.

But I was struck at the time by how un-star-like it was for him to contact me directly (most Hollywood stars would have their agents set up the call) and now I am struck by his conscientiousness. It's easy to imagine that people who die the way he did are wildly off the rails, careening around wreaking destruction in their path, when in fact the opposite might be true – the silent struggle underneath the common, everyday decency. I don't know much but I do know this: In one small way Philip Seymour Hoffman was quietly going about his life just before he didn't have one. I will never view a so-called drug-related death the same way again. 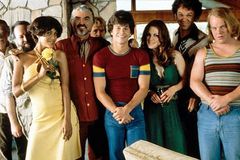 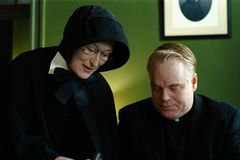