Last year, Manohla Dargis and A.O. Scott – the two main film critics for The New York Times – briefly confabbed in print about an issue of major importance to film culture. The question, posed by one of the newspaper's readers, was a tricky one: "Is Keanu Reeves a Good Bad Actor or a Bad Good Actor?"

This seems to be the sort of thinking underpinning TIFF Bell Lightbox's new retrospective "Whoa. The Films of Keanu Reeves," the mere existence of which could strike some cinephiles as a cautionary tale about the mainstreaming of non-multiplex film programming.

Like last year's Toronto International Film Festival tribute to Nicolas Cage, the series is, on one level, an excuse to slip some more broadly appealing titles in amidst the art-house fare. But there is also something provocative about focusing so closely on a performer who has at various points in his career been a critics' punching bag (a 2011 Guardian profile began "Keanu Reeves is not the greatest film actor in the world") and a pop-cultural punchline: viz., the widely circulated "Sad Keanu" Internet meme, which featured snarky Photoshopped images of the star looking down in the mouth, while scarfing a sandwich solo on a park bench). Instead of taking Reeves for granted as a pop-culture axiom, the program asks instead that we take him seriously. It's a fair request.

Taken together, the 11 movies chosen for "Whoa" make for a suggestive diagram of the past 25 years of American studio filmmaking, from the eighties vogue for teen-centric productions (River's Edge, Bill and Ted's Excellent Adventure) to the indie-film boom of the early nineties (My Own Private Idaho) and the recent proliferation of lavish, graphic-novel adaptations (Constantine, A Scanner Darkly).

Inevitably, the curators have included The Matrix, and while it's arguable that nobody really needs to watch that movie again, revisiting Reeves's performance is instructive: His role as cyber-hacker-turned-mythic-saviour Neo so effectively distills the elements that make him an irresistible movie star. The character's stuporous resignation in the early scenes gives way to a kind of stunned wonderment as he grasps the true shape of the sinisterly ersatz, digitally designed world around him – mirroring the response of viewers dazzled by the movie's style and showmanship. Even when Neo hits his marks on his hero's quest, it's with bemused puzzlement; Reeves's delivery of the line "I know kung-fu" makes it sound more like a question than a statement.

Because Reeves always cultivated a sort of purity in his earlier film roles – which led Bernardo Bertolucci to cast him as the placid face of enlightenment in Little Buddha (1993) – he was just as credible as an incipient global messiah as he was a glassy-eyed desk jockey. Released at the end of the 1990s, when filmmaking technology was going through a period of rapid and unprecedented mutation, The Matrix positioned itself as the first blockbuster of the Internet era, and so Reeves became a sort of bridging figure between the bulbous, hard-bodied action stars of the 1980s and the springy, digitally assisted superheroes of the 2000s and beyond.

Reeves had already done a credible Bruce Willis impression in the Die Hard-on-a-bus thriller Speed (1994), which remains one of only a few films to cast this naturally affable actor as a hard-ass. Even his by-the-book FBI agent in Kathryn Bigelow's awesome Point Break (1991) ends up just going with the flow – quite literally since he falls in with a group of surfing bank robbers led by Patrick Swayze, a sort of proto-Morpheus figure who offers his rival the extreme-sport equivalent of the red pill.

Point Break's bromantic subtext was not without precedent in Reeves's career: He'd already gazed meaningfully at both Alex Winter in Bill and Ted's Excellent Adventure (1989) and River Phoenix in My Own Private Idaho (1991).

The former both predates and outclasses Wayne's World in the suburban-wasteoid sweepstakes, with Reeves tapping deep reservoirs of dazed sweetness as an aspiring high-school aged rock star who falls into a time-travelling escapade with world-historical consequences (the first time that the actor was be entrusted with the fate of mankind).

The latter, meanwhile, was – for its characters at least – a seriously bogus journey through the north-western United States: an emotionally harrowing account of adolescent gay hustlers on the skids. That Reeves held his own in scenes opposite the phenomenally talented Phoenix showed that he had the work ethic to go with his natural charisma.

TIFF's retrospective actually elides some of Reeves's more interesting performances, like his ferocious turn as an abusive husband in Sam Raimi's vivid backwoods thriller The Gift (2001), but it thankfully leaves room for his mostly unheralded – and arguably career-best – work in Richard Linklater's underrated sci-fi drama A Scanner Darkly, in which this often passive actor gets animated – literally.

Once again, Reeves is cast as an undercover agent (as in Point Break) whose assignment is to infiltrate a ring of drug dealers in a vaguely futuristic but still totally run-down America. One of the character's most effective tools is his "scramble suit," a gadget that alters his appearance and masks his true identity. Linklater slyly undermines Reeves's post-Matrix familiarity by rendering him as a shape-shifting cartoon, but his performance is still a subtle and shaded variation on a film noir staple – a staunch professional man gradually consumed by paranoia.

With its half animation/half live-action aesthetic, A Scanner Darkly is very much a movie about changes in filmmaking technology, which is a subject of great interest to Reeves. He recently co-directed a documentary called Side by Side (not part of the retrospective) in which he interviews such luminaries as James Cameron, Christopher Nolan and David Lynch about their feelings on the pitched film-industry battle between celluloid and digital video.

Reeves has also directed a martial-arts film called Man of Tai Chi, slated for release in 2013, and there is talk of a third Bill and Ted movie that would catch up with the titular headbangers as they hit middle age.

While his artistic portfolio may not be enough to convince doubters that he's more than a pretty face, Reeves deserves credit for indulging his Renaissance man tendencies (he's also written a children's book for adults and played in several rock bands) and for maintaining relatively strict quality control over his choice of projects. TIFF's retrospective confirms that its subject has had a career that can stand film-for-film and side-by-side with any of his contemporaries. Based on the evidence, Keanu Reeves is neither a Good Bad Actor or a Bad Good Actor, but a Very Good Actor. Period. Whoa.

THE BEST OF THE REST OF REEVES

TIFF's retrospective on the films of Keanu Reeves includes most of his more famous movies, but we think that there are a few very solid performances that didn't make the cut. Here's our list of the Best of the Rest of Keanu Reeves.

Playing an apparently feckless high-school lunkhead who knocks up his girlfriend and moves in with her family, Reeves refined and perfected his early teen-dope persona.

The sequel was actually better than the original, with Reeves doing priceless deadpan work when he confronts Death (William Sadler) and beats him at chess, Seventh Seal-style.

There was nothing likeable or laid back about Reeves's turn in Sam Raimi's Southern Gothic film, in which he played an abusive backwoods alcoholic, but never let the part drift lazily into villainous caricature. 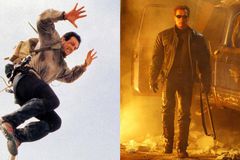 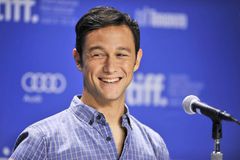