"They're all gonna laugh at you!" For readers of a certain age, that line will set off alarm bells for the 1976 film Carrie. But for members of another generation, the quote is forever tied to the cackling woo-hoo voice of Adam Sandler, who bellows it over and over again with increasingly unhinged delight on his debut comedy album, 1993's They're All Gonna Laugh at You! And it is those people, believe it or not, who have turned Adam Sandler into one of the film industry's most powerful disruptors.

Late last week, Netflix reupped its deal with Sandler, agreeing to finance, produce and exclusively distribute four more of the star's films, following a 2014 deal that saw The Ridiculous 6 and The Do-Over stream their way into living rooms across 190 countries. (A new Sandler project, titled Sandy Wexler, is set to debut on Netflix April 14 as part of the original deal.)

In keeping with Netflix's tradition of being a chamber of secrets, the company did not disclose financial details of the new arrangement, nor just how many people are watching Sandler's films in the first place. But the company has publicly crowed that The Ridiculous 6 had more viewers in its first month than any other film on the streaming platform – largely thanks to those early adopters of Sandler's comedy from his All Gonna Laugh at You! days, and by Netflix subscribers just too lazy to watch anything else and who find easy, nostalgic comfort in a familiar face (anecdotally, this is every Netflix subscriber). What's good for Sandler is good for Sandler fans – which is great for Netflix.

What's unclear, though, is just what this latest Sandler boom will mean for the future of mainstream Hollywood, which has lately come up against an immovable object in Netflix. As the company has made abundantly clear time and again, it is not merely a repository for old films – it wants to be the top, perhaps the sole, producer of original content, from Sundance-friendly indie cinema to prestige television series to Martin Scorsese epics to, yes, late-period Sandler trash. It's all in a bid to gobble up subscribers of all stripes and sensibilities to boost its bottom line – and the company has dedicated at least $6-billion (U.S.) to accomplishing that goal this year.

Which means that Adam Sandler is now the smartest person in Hollywood.

Once the biggest draw in the industry – between 1998 and 2013, he headlined 13 films that each grossed more than $100-million at the domestic box office – the past few years have not been kind to the erstwhile Happy Gilmore. Both his mainstream (Pixels, Blended) and indie (Men, Women & Children, The Cobbler) efforts have been met with dampening enthusiasm, and what little affection critics held for Sandler has evaporated (it takes surprisingly little effort to defend Billy Madison, You Don't Mess with the Zohan and even That's My Boy; it's quite another struggle to say something nice about Jack and Jill). By the time Netflix first came calling, a multiplex without a new Sandler film didn't seem like that impossible of a reality.

Which is exactly what happened, albeit in the best possible way for the Sandman. By devoting most of his creative energies to Netflix, he is now able to avoid the public shaming that comes with a theatrical release and with the very volatile nature of being a "movie star" in the first place.

As Netflix picks and chooses which of its films are made available to the press before streaming, a new Netflix-ized Sandler movie arrives free of the stench of critical drubbing. Because no one outside of Netflix is ever sure how many people are watching Sandler's movies, there are no box-office projections employed to cast doubt on his commercial viability. And, most importantly, because there are no legions of studio executives involved on the creative development of Sandler's films – or at least not in the number and bureaucratic fashion familiar to the major studio system – Sandler and his favoured collaborators (namely directors Frank Coraci and Steve Brill) can run wild, indulging their basest instincts. And fans, even those who haven't paid much mind to Sandler since his All Gonna Laugh at You! days, will eat it up – a new, probably terrible Sandler movie from the comfort of the couch is still better than a new, maybe not-as-terrible Sandler movie that costs $15 before parking and popcorn. With Netflix, Sandler can be a movie star on his own terms.

This is all well and good for Sandler – and the coterie of hangers-on he employs (looking at you, Kevin James/David Spade/Rob Schneider/Nick Swardson) – but it might prove chaotic for the state of big-screen comedy. How many near-hits and almost-misses will it take for current genre kings such as Will Ferrell or Melissa McCarthy or Seth Rogen or Kevin Hart to also abandon the studio system and take their talents, and ingrained fan base, to Netflix? If the paycheque is large enough, the creative freedom is flexible enough and the audience hungry enough for ever more binge-able content, then the question is not how long, but simply when the industry will give up the comedy racket. The major studios have already displayed indifference to the genre, more concerned with franchise-building tentpoles than one-off comedies.

So Adam Sandler, and everyone who follows him, will keep on laughing – all the way to the bank. 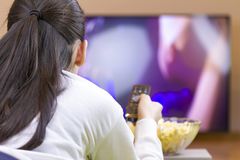