Ingmar Bergman's Persona begins with one of the most audacious reset clicks in movie history. From a blank black screen a light grows into a carbon igniting within a projector, firing a series of images that seem to represent the very stirrings of the cinema itself: an ancient cartoon, a silent comedy, a nail driven into a hand, an erect penis, a boy awakening in a stark white hospital room – or is it a morgue – who reaches out toward us only long enough for perspective to flip so we see him touching a screen from behind – a screen on which a woman's face spectrally emerges, and then the credits begin.

From the moment Persona – newly released on DVD and Blu-ray by Criterion – premiered in 1966, camps formed on opposing sides. For the disinclined, the movie marked the height of vapid, pointless, highbrow pretension, and proof that the revered Swedish art-house trailblazer had finally run aground on the windy rocks of his own self-importance. For the swayed, however, Persona arrived as a fully fledged masterpiece, an electrifyingly enigmatic meditation on the nature of identity, art and movies themselves that, once seen, forever changed one's way of seeing.

Viewed nearly a half-century later, and seven years after Bergman's own passing was met with much shrugging among younger critics for whom he embodied an almost prehistorically irrelevant sensibility, Persona still conveys a power to lift the scalp and scramble the brain, and the fact that it's out-of-time says less about it being dated than it does about it remaining a radically visionary work. It may not speak as forcefully to our cultural sensibilities today as it did back in the day of Godard, Vietnam, McLuhan, LSD and the Bomb, but that is not because those sensibilities have evolved. If anything, we're just now used to the world – of images, alienation and mediated meanings – that Bergman was still capable of being alarmed by.

As was customary with Bergman's greatest works (Summer with Monika, The Seventh Seal, Through a Glass Darkly), the inspiration for Persona came from darkness, a moment when the director was (as he often was) convinced the dawn would never come. In this case, he was hospitalized with an especially persistent pneumonia, bedridden and miserable, confronted not only by his waning international currency but a TV that dispensed apocalyptic catastrophe and asinine triviality in equal measure: "As soon as I turned my head," he told an interviewer of that pre-Persona period, "everything came tumbling down. I'd lost all sense of balance."

A world collapsing is one evoked by those opening images, and as Persona makes its way through the ruins, with the story of a mysteriously mute actress (Liv Ullmann, just 25 and in her first Bergman movie) trading psycho-trauma and eventually identities with her vulnerably garrulous nurse (Bibi Andersson), it views the wreckage through an aptly particular lens: as the collapse of all barriers between art, artist and audience, as the violent rupture of the screen itself.

For Bergman, that return to the primal spark of cinematic ignition represented his version of Godard's famous "return to zero": a way of rebuilding his medium's bankrupt expressive possibilities by tearing it all down. And so he focuses on an actress who has renounced speaking, on a drama that may well be a dream, and on a filmic practice that refuses to conceal its own construction, from the birth-of-the-medium opening montage to the alarming moment when the screen itself freezes, cracks and seemingly melts into oblivion, before restarting as something startlingly and irrevocably different.

Filmed largely on the island of Faro where Bergman so frequently retreated, Persona is shot by the sublime Sven Nykvist as a study in purposefully colliding contrasts: bright white and deep blacks, looming facial close-ups and chilly long shots, objects as characters and characters as objects. Sound – appropriately for a movie about wilfully withheld language – is pitched between tense silence and bursts of noise, and the performances, considering the movie's ruthless fascination with artifice, treachery and the unmasked psyche, are simply stunning.

Naturally enough, Bergman always refused to explain what he "meant" by Persona, as if any movie so deeply suspicious of the machinery of meaning and purity of artistic intention could ever be reduced to a single MO anyway. Besides, the question indicates a singular lack of attention paid in the first place. If you can watch Persona closely and still trust that art means solely what an artist intends, you're living in another dream entirely. 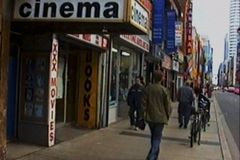 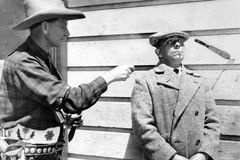 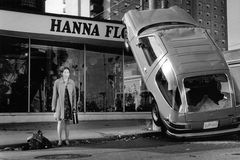