When I knocked on the door of Robert Altman's Montreal hotel room in 1986, he answered dressed in an alarmingly green velour track suit. He ushered me in, and as I placed my work-issued tape recorder on the paper-strewn coffee table, Altman maintained conversations with someone on the telephone, an assistant in an adjacent bedroom, and me. There was a fax machine sputtering in the corner, a TV on somewhere, knocks on the door, and that insistently ringing phone.

At that time, over a decade had passed since Altman made Nashville, the dizzying, 24-character ensemble epic that has just been reverently remastered for DVD and Blu-ray release by the Criterion Collection. His fortunes, which had a habit of soaring and ducking like the planes he'd flown in the Second World War, were currently at an ebb: He was in Montreal adapting zero-budget, one-act Harold Pinter plays for film and TV, a long way from the guy who once made a movie in the country-music capital that ended up on the cover of Newsweek and prompted The New Yorker's Pauline Kael to herald a new era in American movie-making.

Looking back on Nashville nearly four decades later, the startling thing is how thoroughly eccentric, idiosyncratic and uncompromised it remains, suggesting retrospectively that it wasn't Altman who made concessions to the prevailing and persistently fickle cultural moment, but the moment that every once in a while – with M*A*S*H, Nashville and finally The Player – synched up ever so briefly with Robert Altman.

The moment of Nashville was an especially electric one. Shot over two months during the summer of 1974, as Richard Nixon buckled up for his inglorious airlifting out of the White House, and rolled out in the summer of 1975, as Steven Spielberg's great white mechanical shark stalked and finally devoured the so-called New Hollywood that made Altman and Nashville possible, it was a movie that marked an end to something rather than – Kael's trumpet charge notwithstanding – a beginning. It was Hollywood's grandest mass-market experiment in convention-bucking, expectation-thwarting and artistic freedom, but it did not jump the shark.

But it did get made, a fact that never ceased to amaze the man who made it. Beginning its life as a pitch to Altman that he direct a country-music vehicle for the pelvic Welshman Tom Jones, it stealthily wound its way to existence as part of a deal the director struck with United Artists – who'd later pull out. If they'd back his 1974 Depression-era ode to doomed love on the lam called Thieves Like Us, he'd make a country-music movie. Not theirs, mind you, but his.

Already notorious for his unorthodox style and working methods, the Kansas City-born, TV-trained director had begun experimenting with multiple characters, multiple cameras and multiple audio tracks back on the Twentieth Century Fox lot in 1969 with M*A*S*H, an acerbic Korean War-set comedy that delighted countercultural audiences with its cheeky anti-authoritarianism, raunchy unromanticism and inescapable parallels to Vietnam. It was an out-of-nowhere hit and it bought Altman time, money and – as one of Nashville 's signature anthems has it – the mandate to "keep a-goin.'"

By the time he was preparing to shoot a movie that would track five days in the lives of 24 characters who converge around Nashville just prior to a populist independent's political rally, Altman had been pushing his catch-as-catch-can aesthetic as far as he could. But while Brewster McCloud, McCabe, The Long Goodbye and Thieves had each demonstrated ever more daring departures from the accepted modes of Hollywood storytelling and movie-making, none would push things quite as far, or on quite so epic a scale, as Nashville.

After instructing his assembled cast – which indelibly mixed people such as Keith Carradine, Geraldine Chaplin, Lily Tomlin, Karen Black, Scott Glenn, Ronee Blakley and Ned Beatty – to throw their scripts away after they'd read them, he released the actors into various situations and started shooting: No one knew when they were on camera or not, everyone was sound-wired, and the ensuing atmosphere of high-wire uncertainty lent Nashville not only a palpable sense of dramatic immediacy, but something of the unspooled, knotty texture of real life.

Although widely castigated at the time for its allegedly cynical disdain for the country-music business, Nashville in retrospect can be seen more clearly for what it was: a bold satirical leap into the heart of a very particular American moment, and not cynical at all. In the final moments, when an act of sudden violence at a sponsored political concert not only brings all 24 characters together in a display of common purpose but gets everyone present to sing along to It Don't Worry Me, Altman had staged the very best and the very worst of America in a single, stunning denouement.

It was an astounding moment, but the blood had been spilled. The shark was coming. 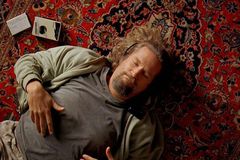 How Italy saved the western with A Fistful of Dollars
September 19, 2013 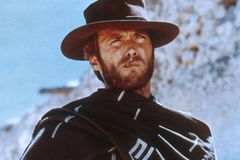 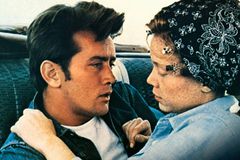 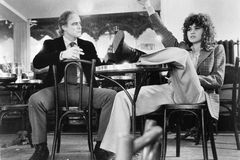