While a very visible presence in Montreal's Outremont and Mile End neighbourhoods, the Hasidim – a traditional sect of Judaism – remain primarily apart from their neighbours, creating a good deal of misunderstanding between them and the rest of the community.

Montreal filmmaker Abbey Neidik acknowledges that, despite his own Jewish upbringing ("My grandmother was right out of Fiddler on the Roof," he explains), he had his own misperceptions about the Hasidim. With experience making documentaries about religious issues – his 1998 film The Love Prophet and the Children of God won accolades for its frank depiction of an American Christian cult – Neidik decided to focus on the lives of Hasidic women, who many perceive to be oppressed. (Some have suggested that the Quebec Charter of Values has been proposed in part due to anxieties around groups such as the Hasidim.)

The result is Shekinah – the word reflects the divine aspect of being feminine – a refreshingly frank 70-minute film that features a variety of Hasidic women discussing their attitudes toward sex, procreation and family life. Amid gorgeous shots of Hasidim as they go about their daily lives, the film lets the women talk openly about their feelings. One woman expresses her need to procreate. "I have a womb," she exclaims. "Why not use it?" At times, the subjects of the film are a bit coy, but Neidik has managed to gain a crucial window into a community that is often deeply reluctant to let anyone deemed an outsider in.

How did the idea for Shekinah come about?

My old assistant Monika Lightstone moved to Hollywood and worked on some film projects. Then she got divorced and hit some hard times. The Hasidim really helped her out. She has long been interested in different spiritual ideas, and then decided to become a Hasid herself. I asked her if she felt that this was all a bit of a throwback to

prefeminist days, and she said that in fact she felt more liberated than her secular sisters. That really hit me. I realized that I had grown up with a stereotype of them, even though I grew up in a kosher home. Even though I knew a bit of their culture I was still relying primarily on stereotypes in my perception of them. And that's always a strong reason to pursue a documentary project.

What was the biggest revelation for you, as you were interviewing subjects for the film?

Making love on Shabbat [the Sabbath, a Jewish day of prayer] is almost mandatory. It's considered a blessing. On Shabbat you see all these people racing home. They see sex as a holy act because it's connected to procreation. In Judaism, God is a creator. Everything is creation. Lovemaking is the very act of creation.

Attitudes toward homosexuality are often a litmus test to see how conservative a faith is. The rabbi in the film seems more tolerant than the Hasidic women.

That's very interesting, because what I found in the Hasidic community is very much like any other community. The young women we spoke with in the film are just beginning to learn, they're still incredibly innocent and naive. In a way, it's not surprising that there's a lot of misinformation among the young women. There's no doubt there's some homophobia there, but you find that in a lot of secular societies as well.

Some of the women talk about being determined to remain a virgin until marriage, not even shake hands with a man.

One of the complexities about making a documentary about the intimate life of Hasidic women is that I was following a group of women, many of whom had never even touched a man. They had zero experience. The solution was to not come in with a lot of baggage. I think the secret for a filmmaker is to get yourself out of the way, and let them tell their story. I talked to a lot of women. When it all finally got distilled, some of their lack of intimacy prior to marriage didn't seem that odd.

Most of the women you're speaking to here are in the Lubovich sect. That's a pretty liberal group of Hasidim, and yet your film seems to speak about a broad range of Hasidim. Aren't you mixing apples and oranges up a bit?

I don't find that. They're more liberal, but the Hasids are like Protestants. Who's a Protestant? A Baptist? Anglican? They have a range. There are people in the film who are very modern and then there are Hasidim who are living in 18th-century Poland. This film is about opening a dialogue with a community that is so often misunderstood. Ultimately, I hope people will see the Hasidim are a lot like they are.

Shekinah screens on Oct. 24 and Oct. 27 at 2 p.m. and 8 p.m. at Montreal's Theatre Outremont. A panel discussion with Neidik and subjects of the film will follow each screening.

This interview has been condensed and edited.Shekinah screens on Oct. 24 and Oct. 27 at 2 p.m. and 8 p.m. at Montreal's Theatre Outremont. A panel discussion with Neidik and subjects of the film will follow each screening. 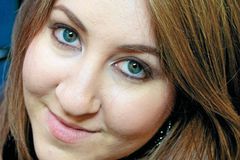 Book Review
I Am Forbidden, by Anouk Markovits
June 17, 2012 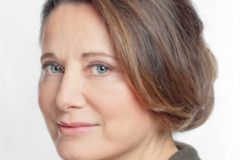 Born to write on Richler
May 1, 2009
Follow us on Twitter @globearts Opens in a new window
Report an error Editorial code of conduct
Due to technical reasons, we have temporarily removed commenting from our articles. We hope to have this fixed soon. Thank you for your patience. If you are looking to give feedback on our new site, please send it along to feedback@globeandmail.com. If you want to write a letter to the editor, please forward to letters@globeandmail.com.
Comments