Public radio is one of those basic middle-class liberal accoutrements that, throughout my life, no matter what age I was or where I was living, revealed itself as essential never more so than when I didn't have it. Like hardwoods floors, brewed coffee and a bedside lamp, I can get on without public radio for a couple of weeks. After that, I start to lose the will to live.

When I first came to England, I listened to CBC Radio 1 all the time on my computer. To a much lesser extent, this is still true today. I found it comforting to hear Canadian place names and flat nasal accents like my own – news of a three-car pileup near Petawawa; sleet warnings for the northeastern shore of Lake Erie; an Ottawa gardening phone-in show in February during which the question of how to prevent squirrels from digging up frozen tulip bulbs was discussed for an entire hour. These were the things that made me teary with homesickness.

But that was before I moved into a BBC Radio 4 household. Now I live in a world of received pronunciation, cricket updates and Thought For the Day – a two-to-three-minute segment in which bishops and Buddhists and the like pontificate on religious matters while the nation brushes its teeth and spits.

BBC Radio 4 is, for the most part, exactly what you'd expect it to be: a much older and erudite version of CBC Radio 1. It's CBC Radio 1 in a sweater set and pearls with royal title up its bum – the sort of radio that feels absolutely no shame about announcing, after the miseries of Syria and Cyprus, that "the Duchess of Devonshire has broken her ankle walking on her estate near Bakewell and is recovering well in hospital."

What's wonderful about BBC Radio 4 is that, unlike CBC Radio 1, it still has the power to occasionally surprise – which, if you think about it, is something any public broadcaster is almost duty-bound to do once in a while, in between gardening tips and the national weather report.

This week, Radio 4's flagship morning show, Today (imagine The Current with crisper jokes and regular interviews with the prime minister), began broadcasting its Open Air project. A series of "audio interventions" by five respected artists, it interrupts the regular programming each day around 9 a.m. to broadcast a three-minute audio piece intended to "respond to a particular moment in the morning radio schedule, and reinterpret how broadcast space might be thought about and listened to."

How bizarre, you might think. And you would not be alone.

On Monday, after the first piece ran – a polyphonic sound composition of jumbled voices of familiar Today hosts by visual artist and composer Christian Marclay, the entire piece without introduction or comment – the proverbial switchboard lit up.

Hundreds of complaints were officially lodged, and thousands more buzzed across social media. As project co-ordinator Michael Morris of the group Artangel explained to me in a phone interview, "The feedback was instant and enormous, and we are enjoying it very much. It was about 60-40 in favour of complaint. The good news is, people weren't saying, 'What's that dreadful art?' but 'What's that dreadful noise?'"

In other words, they were taken utterly by surprise – which was, happily, the whole point.

Artangel commissions and produces site-specific conceptual works by contemporary artists. Over the past two decades, its projects have included such wonders as Rachael Whiteread's Turner Prize-winning concrete-cast house; and Michael Landy's Break Down, in which the artist systematically destroyed every single one of his possessions in an empty Oxford Street department store.

Open Air is especially interesting because the site it is specific to in this case happens to be some of the most sacred ground in British broadcasting. "There's an intense familiarity there," says Morris of the time slot, during which roughly three million people are listening. "So [BBC executives] did take some convincing. Our first thought was to have five artists doing artists' Thought For the Day. We were going to call it Second Thought For the Day."

But they didn't go for that. In the end, Morris says, Artangel had to convince Radio 4 controller Gwyneth Williams "to stand by her word that Radio 4 should be a playground for great art."

Tuesday's instalment, by conceptual artist Ruth Ewan, was a long list of teenagers' ideas of utopia, read by Sir John Tusa (the Walter Cronkite of British broadcasting) directly after the news. Next came filmmaker Peter Strickland's unsettling soundscape of football scores degenerating into white noise and static. "Don't adjust your radio set," warned the announcer beforehand, but presumably many did anyway.

"That's the risk you take with this kind of art," says Morris. "People may switch off." That Radio 4 took the risk is a testimony to its boldness as a public broadcaster.

The CBC should take note: Canadians deserve public radio that searches out its own ways to experiment with, and provide a playground for, great art.

This David Bowie blockbuster has everything – except the elusive Mr. Bowie
May 11, 2018 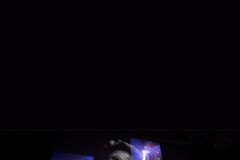 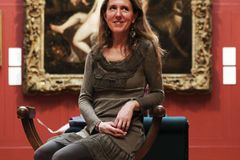 Leah McLaren on Johnny Marr and David Cameron: Should artists pick their own fans?
May 11, 2018 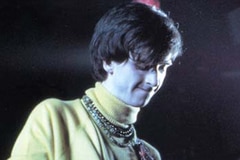