They were stardust, they were golden – and they were excellently attired. Acid-flashback fashions are in this year at a clothing show that remembers a decade that famously isn't supposed to be remembered by those who were actually there. Picked from Canada's Fashion History Museum, summer (of love) dresses with images of Woodstock, Bob Dylan and Prime Minister Pierre Trudeau will jog recollections and inspire "far out" exclamations. March 3 and 4, at Toronto's Exhibition Place

Mixing Stars and Sand: The Art and Legacy of Sarain Stump

"Don't break this circle before the song is over," Sarain Stump wrote, "because all of our people, even the ones long gone, are holding hands." Among the ones long gone is Stump himself, a dashing painter, poet and musician who taught at the Saskatchewan Indian Cultural College in the early 1970s before drowning in Mexico in 1974. He's the charismatic subject of a multifaceted project that includes a concert (There Is My People Sleeping on March 3) from the Regina Symphony Orchestra. March 3 to June 24, at Regina's MacKenzie Art Gallery

Lady Gaga might have been bluffing when she wrote Poker Face and The Gambler's Kenny Rogers might not have a clue when it comes to knowing when to hold them and when to fold them. The songwriter Chip Taylor, on the other hand, is a bona fide gambler who's also in the Songwriters Hall of Fame (for penning Angel of the Morning and Wild Thing). His new album of tuneful Americana is Fix Your Words, a consideration of the human condition, from an engaging cat who's been around. March 6, at Hamilton's Casbah; March 7, Toronto's Hugh's Room Live; March 8, Kingston's Calvary United Church

Talking about the song Hammer, off Tune-Yards's stunningly alive and danceable new album I Can Feel You Creep into My Private Life, musician Merrill Garbus worried the track (possibly about gender politics or patriarchy or white supremacy or neocolonialism or all of those things) was cheesy and dated. It's a teensy bit of both those things, which makes it a great fit on an album from the American indie-pop darling that references eighties house music, does not ignore the ukulele and addresses white privilege and musical appropriation. March 6, at Toronto's Danforth Music Hall; March 7, Montreal's Corona Theatre

Those who missed Stratford Festival's Romeo and Juliet last summer get their chance to enjoy a film version of the production that revitalizes Shakespeare's language and delivers the story of star-crossed lovers with "ominous portent," in the words of this paper's theatre critic. In the latest instalment of Stratford's stage-to-screen series, film director Barry Avrich captures all of stage director Scott Wentworth's handiwork, with Antoine Yared and Sara Farb starring as the title characters and Seana McKenna as the Nurse. March 3, screening at select Cineplex theatres nationwide 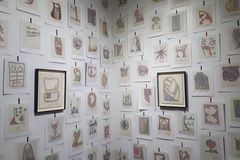 Toronto Symphony Orchestra plays it safe during a time of transition
February 27, 2018 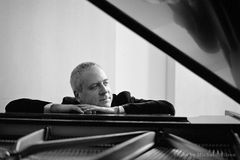 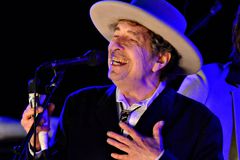