An Inuit artist collaboration promises artful audacity. Throat singer Tanya Tagaq and Greenlandic mask dancer Laakkuluk Williamson Bathory, two of an in-your-face kind, combine for evenings of movement and spoken word. Themes of retribution and reconciliation are strongly addressed; stories of Indigenous women are reclaimed. They improvise and their ideas bear repeating, so there's no reason not to see them more than once.

Half-Cracked: The Legend of Sugar Mary

Chickens cross roads for a variety of reasons, all of them legitimate. And when a questing folklorist ends up in a driveway belonging to a pair of whimsical spinster sisters, one of them (the fowl-befriending Sugar Mary) believes the happenstance is destiny. An eggsistential comedy from Mary-Colin Chisholm and Eastern Front Theatre makes its world premiere.

In the #MeToo climate that currently prevails in Hollywood, Alfred Hitchcock is probably less adored than previously. But that didn't stop Oscar-nominated filmmaker Jordan Peele from directing a recent fashion shoot using women of colour in Hitchcockian roles, nor did it stop Winnipeg experimental maestro Guy Maddin from making The Green Fog, an eerie homage to San Francisco and Hitchcock's classic thriller Vertigo. This week, Maddin presents both films as a double bill.

We have the debut work from Natalie Sappier-Samaqani Cocahq (The Water Spirit), a painter-turned-playwright from Tobique First Nation who despairs over language being lost and the pain of her people's water and land. Her response is a dance-theatre hybrid that explores the self-discovery of a young Indigenous woman newly in touch with her ancestors.

March 8 to 18, at Theatre New Brunswick, with a provincial tour to follow; March 29 to 31, Toronto's Aki Studio.

Making its premiere is a piece from Fides Krucker, a teacher and innovative interpreter of vocal music. With the assistance of her musical ensemble and dancer-choreographers Peggy Baker, Laurence Lemieux and Heidi Strauss, the ever-curious Krucker explores the Canadian songbook. Most of the material comes from women (Joni Mitchell, k.d. lang, Alanis Morissette, Lhasa de Sela, Feist and Serena Ryder), but the work of Hawksley Workman, in the strongest of company, is also tapped. 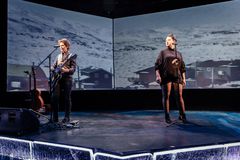 Canada aims to make an impact at the Berlin International Film Festival
February 15, 2018 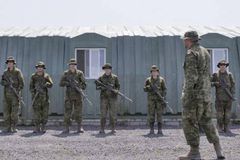 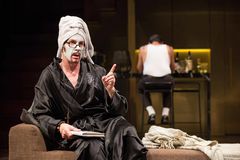