Last week, everyone wondered at length if Bert and Ernie should get married.

"Are they gay?" I idly asked my local baristo. "No," he said. "I mean they take baths together and stuff, but, no."

He was mildly surprised, it seemed, even to be discussing the impossible sex life of felt toys.

But all week a little Facebook petition, urging the Sesame Street Workshop to "let Bert & Ernie get married on Sesame Street" made a lot of noise. In spite of the media heat, though, it had just cleared 9,000 signatures by the end of this weekend.

This petition originated on the website change.org and was spearheaded by the Illinois-based activist Lair Scott who argued, passionately, that, "In this horrid age of LGBTQ kids taking their own lives and being beaten for who they are, [they]need to know that they're BEAUTIFUL … Bullies that facilitate those tragedies be it verbal or otherwise should be taught that homophobia is NOT okay. Children and parents need to learn that acceptance of humankind, even puppets, would indeed plant a seed of peace that will reverberate throughout the universe."

Mixed metaphors aside (do seeds reverberate?), one is drawn to Scott's hippie-diction, as the original show, which premiered in 1969, emerged from that decade's dream of equal rights and psychedelia for all.

Sesame Street, like Family Guy (which has depicted Bert and Ernie as an embattled gay couple) made cool and inside jokes all the time. The Muppet odd couple's relationship status (like Felix and Oscar, Niles and Frasier or Charlie and Alan) was always coded as queer; or was, at least, wide open to interpretation.

Children have a complex relationship to sexuality. They are often little perverts, who sexualize everything in sight – everything opaque or mysterious, that is. (I wondered often if Mr. Dressup and his guest Susan were more than friends, and found them much more confusing than Ernie and Bert, who appeared to be committed life partners.) But the literal – graphic sexuality or the suggestion of its occurrence – was strictly gross.

Making any of the Muppets sexual would reduce them to the kinds of dolls police use with abused children; marrying them feels too literal. (Unless, of course, the nymphomaniacal Miss Piggy marries Kermit, then all bets are off.)

Sesame Street has never shied away from inclusivity, and it seems certain that the show's writers will, in their way, introduce a gay character, and discourse about bullying.

Scott is right, that children of all kinds made to feel like freaks should have someone or something (in this case) to identify with, even though the Sesame Street cast is already a tribute to extreme, utopist, otherness.

But one takes exception at his careless evocation (all too common, these days) of the tragic teen suicides of 2010, in the name of, in this case, such a fatuous LBGTQ demand.

And they did not come to such terrible conclusions about their lives in order to be un-name-dropped to further a Facebook prank.

Whenever this petition is discussed, or written about, the tone is strictly tongue-in-cheek, so much so that the infamous Bert is Evil website is often named as well.

Jimmy Kimmel got on his (actual) High Horse to declare that Bert and Ernie are not gay, because they have no genitalia and poor fashion sense.

Most commentators agree, ultimately, with the Sesame Street Workshop, which released a statement Wednesday, declining the marriage demand and stating that, "Bert and Ernie are best friends. They were created to teach preschoolers that people can be good friends with those who are very different from themselves. Even though they are identified as male characters and possess many human traits and characteristics ... they remain puppets, and do not have a sexual orientation."

And coded in this formal message is a progressive idea about difference. While gay five-year-olds (or thereabouts) may feel estranged from their friends, there are so many different kinds of kids, and it is not only sexual orientation that divides them.

There is race, there is class, there is gender. And there is the poor little cootie-kid, who always has a snotty nose, or sings to himself, or wears shabby clothes.

He or she is unco-ordinated, unattractive or either too smart or not smart enough.

Doesn't this strange little child, who walks home alone every day, find comfort in the companionability of the angry, forcefully square Bert and the musical, flamboyant and silly Ernie?

You either were that child or you picked on or pitied that child, once.

Sesame Street will change; change is unstoppable. One hopes that we evolve too, toward understanding the beauty in everyone. 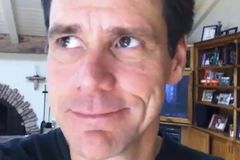 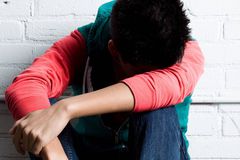