Marion Newman made a silent dedication before launching into her performance at a Toronto Masque Theatre cabaret earlier this month. The song she sang was Kinanu, a lullaby she wrote for her baby sister Ellen, born when Marion was 7. The performance was Feb. 10, the day after the not-guilty verdict was delivered in the killing of Colten Boushie, a 22-year-old Cree man. "I silently dedicated one of my pieces to him," she says. "I didn't think I could say it out loud and still sing."

At the beginning of March, Newman, a mezzo-soprano who is of Kwagiulth and Sto:lo (and European) descent, will be back onstage, this time in Saskatchewan, the province where Boushie lived and died, and where the verdict in his case shocked the courtroom – and the country. She will perform in a new music festival she helped plan with the Regina Symphony Orchestra.

The Forward Currents Festival is to focus on a social justice issue each year, building the program around a theme rather than a particular genre of music. This year's theme is Truth and Reconciliation.

That conversation feels particularly essential as the RSO prepares to mount the festival in Saskatchewan amid the heartache, disbelief and anger that have resulted from the verdict in the case against Gerald Stanley, who was charged with shooting Boushie on the Stanley farm in August 2016.

Last week, Stanley was found not guilty of second-degree murder (or manslaughter) by a jury that did not include any Indigenous people. The verdict provoked an outcry on social media, protests in the streets and concern from politicians in power.

It feels like a seminal moment, a breaking point, in the fraught history of Indigenous relations in Canada, the justice system in particular. Boushie has become the face of a system perceived to be biased against Indigenous people – historically, and still.

Beginning March 2, amid the calls to action, there will be music, performed in the intimate environment of Regina's MacKenzie Art Gallery. Music can stir the grieving soul, but it can also ignite an audience; the notes and lyrics can become a rallying cry for people to rise up.

The Forward Currents program is strong and diverse; it includes hip hop, spoken word, oral storytelling, jazz and classical music. Opening with a concert called Eagle's Ascent, the festival would have been compelling at any time. But it now feels like more than an alluring artistic event, but rather a crucial and urgent coming together.

The festival was not planned because of Colten Boushie or born out of anger over the Stanley verdict, but it's hard to imagine that this moment of grief and anxiety won't be woven into the program, even if, like Newman's dedication at the Toronto cabaret, it's done silently.

"I think that will inevitably be on people's minds," says RSO music director Gordon Gerrard, whose original goal was to look at issues in the community and across the country that required open and frank discussion. "I think in light of the events of the past week, it's become even more clear to us that we need to keep talking. And if we can help facilitate that then I feel like this festival is doing what we want it to do."

The festival was planned with the consultation of the RSO's volunteer Indigenous advisory council.

In a statement, the council told The Globe and Mail this week it hopes the festival "will offer a platform for Indigenous artists from across the country to have their voices heard, and that these voices will spark conversation around changes we all want to see happen in Canada.… We hope it will encourage deeper thought and meaningful dialogue about what Truth and Reconciliation means for each one of us."

Newman, a member of the advisory council and a key festival organizer, possesses a strong belief in the power of art to forward reconciliation. This came in part from assisting her brother, the Victoria-based visual artist Carey Newman, as he created the Witness Blanket – a large art installation that serves as a monument to victims and survivors of the native residential schools.

She also performed last year in the world premiere of the Canadian opera Missing, by Marie Clements and Brian Current, about missing and murdered Indigenous women and girls.

"The arts are a wonderful way to give an overview, some intimacy, just a really personal kind of approach that touches people differently than reading the news does. And it's healing as well. It's really difficult to listen to a beautiful piece of music and not be moved," says Newman.

But the verdict in the Boushie case stung, shaking her outlook.

"It was a very difficult week; I will admit that. There were moments where I felt like: Why have we been working this hard to have these discussions? And then suddenly it just hits you that that's exactly why. And we have a lot of work to do, but I just feel a little bit more like I have a fire lit under me to get that work done. And to continue being positive; that's really the only way to see a path ahead," she says during an interview from Toronto, where she lives.

"I was pretty heartbroken. But I do feel so very positive about the kind of work that we're doing and I'm just using this as a way of strengthening my resolve." 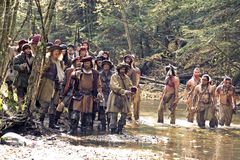 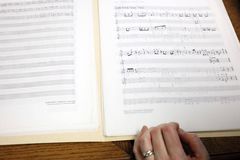 Bannock and Saskatoon pie: Why Indigenous chefs are sharing their traditions – and why you should dig in
February 14, 2018 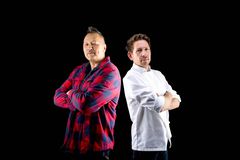