If you're going to be addicted to something, you may as well make it interesting. So if you are hooked, as I am, on watching the reality-TV show The Bachelor (25 attractive but psychologically off-kilter women, in progressive stages of undress, vying for one man's attention), why not justify your habit by joining the show's live online chat? Where before you were merely a perv, suddenly you are a philosopher of love.

Up to 1,000 people chatter at once as The Bachelor season climaxes, a collective conversation so big that the comments (they're edited for repetition, racism and profanity) go up in cartouches of 15 and 20 at once, 15 seconds after creation.

Suzanne Ellis has been hosting CITY-TV's Bachelor and Bachelorette sound-offs for six seasons (now a separate team of moderators sieves the overflow) and says that, myself aside, most chatters are women. The Bachelor attracts more of them than The Bachelorette. You simply create a handle, and let rip:

What is happening that is going so wrong? I thought Kacie was the front runner next to courtneey?? … by SusyQ Feb. 20 at 8:32 p.m.

We philosopher-kings let everything fly on the chat. Courtney, the pretty, conniving "model" who seems to command Ben's hypnotized attention, is widely reviled. She's called Twitch and Duck Lips (for her pout), Psychortney and the Bunny Boiler. Ben (Shaggy, to the cognoscenti) is seen as banal, boring and even bovine, and comes in for non-stop criticism of his fuzzy "teen beard" and ultrahip, medieval, bowl-cut hairdo.

"What do people see in Ben?" a snappish chatter named Chang Fang Low commented last Monday. "Run, Lindzi, run!!!!" (One never uses one exclamation point where four will do.)

Insight on the fly is hard. You settle for trying to make others laugh. On my first go at live-chat love, I noted that from certain angles Ben resembles one of the Geico cavemen. By the time my insight got to screen, half a dozen others already had noted his Neanderthality. I finally hit pay dirt (several LOLs) when I wrote, "[Lindzi's]mom looks like the leader of the Planet of the Apes." She really did look like Zira in the original 1968 movie, as played by Kim Hunter.

But here is the weird lesson from the chat room: As soon as I wrote it, I regretted it. However dramatically (and artificially) the show's arc is edited, no matter how nasty the live chat gets, some fundamental fairness pulls us back to middle ground, to a resigned, collective, status-quo decency. Love is hard enough. There's no reason to be mean.

As the outfits and decor speed by, repeated onscreen behaviour patterns become Chat Room Profound. Having watched more hours of The Bachelor than I care to state publicly, I can assert with an almost Victorian certainty that people from the same economic class get along better than those who aren't, a notion I had previously dismissed as a relic of my mother's era: Ben, whose father owns a winery, meshes well with Lindzi, whose parents have a horse farm. But Kacie B., whose father is a probation officer, was doomed from the beginning. Issues of class have Shakespearean power on The Bachelor, if not Shakespearean depth.

Above all, Bach Chat reminds you that you can't see love. You can only feel it, and feeling doesn't show up very well on TV. This is the secret of The Bachelor's appeal. We try to convince ourselves we can see Ben's emotions: "He is not in love with Lindzi!" we madly type, as if he has a neon indicator on his forehead. It would be nice if the murk of our feelings had such a gauge. But love is not just blind: It's invisible. We keep squinting for evidence anyway.

"I do think certainly a lot of people on the blog realize that what they're watching isn't a reflection of a real relationship," Ms. Ellis observes. "That it isn't reality. But like when we watch a film that we know isn't real, we still want to see how things turn out. At the end of the day, I'm a romantic. I like to believe that, even though the people have been put in an awkward and unlikely situation, that it might work out anyway."

Do you remember the allegory of the cave, Plato's metaphor for the challenge of human self-consciousness? In the cave, people are chained in place, facing the back wall in front of a fire, unwittingly casting the very shadows that terrify them. Only the few who escape their shackles and turn around and brave the terrifying light of the outside world manage real consciousness.

For as long as The Bachelor live chat lasts, we are the enlightened: Yes, we know the cave is an illusion, a trick of the light. But we like to crawl back in anyway, and remind ourselves how compelling the shadows can be.

The Bachelor Canada: The race for the rose begins
February 19, 2012 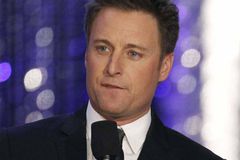