Getting a call out of the blue from a great thinker of one's age comes as quite a surprise. That's how I felt when Jane Jacobs phoned The Globe one day in early 2005, asking about a small, wonkish point in a feature I had written - census data showing that some Toronto wards with many high rises were also the least dense, and vice-versa.

"That's a real nugget," Ms. Jacobs said, adding that lot sizes and building heights often matter less to density than the land used for driving and parking. "This is important."

The celebrated author on urbanism, economics and philosophy was 88. She had only 15 months more to live. Her final book, Dark Age Ahead, was behind her. But she was still on the alert for "nuggets" to reveal the forces that shape cities - a mission she'd carry on to the end.

Still, she seemed afraid her quest would never be widely understood, in part because news media were increasingly opting for simplistic explanations. (And that was before Twitter.)

Now, five years after her death and 50 years after the 1961 appearance of her once-revolutionary treatise, The Death and Life of American Cities, are her fears being borne out?

While her ideas are cited continually in discussions of urban affairs, their realization is arguably as far off as ever - in part because her followers are finding there are no shortcuts through her complex system of thought.

One way people honour Ms. Jacobs happens this weekend, when many will follow her model - walking, observing and describing what they see - in guided strolls called Jane's Walks.

"People close to her felt she wouldn't want a monument, or her name on a park," says Jane Farrow, the former CBC broadcaster who runs the program. "The sense was it would be more fitting to get people out walking, connecting with neighbourhoods, discussing her ideas."

But that's just the start. In September, Random House will release a 50th-anniversary edition of The Death and Life, and this spring sees two new essay collections and her long-time friend Ken Greenberg's Walking Home: The Life and Lessons of a City Builder. Last year at least three major books dealt with her ideas.

Yet Ms. Jacobs herself hated it when reporters called her an "urban guru." Once, when I made a mildly reverential comment about The Death and Life, she bristled, "Oh come on," and then unloaded: "Nice words from politicians, planners and columnists hardly matter when we continually repeat mistakes we made decades ago. It's like we made some progress, then hit a wall.

"Many places still have zoning laws on the books ensuring we repeat the mistakes. The bureaucratic machinery enforces bad planning and design, and nobody thinks to question a property-tax system that encourages sprawl and all its hidden costs."

She had no time for ideology - left, right or whatever - and felt that many who invoke her name "cherry-pick ideas to suit their purposes."

That urban planners had eventually come to accept the benefits of density was no conso- lation: "In the absence of a pedestrian scale, density can be big trouble." Few people, she felt, saw what she really meant.

"Maybe you kinda blew it," I said, half in jest: "You buried a crucial part of your thesis on page 150. Lots of people in power who need to read the book probably don't reach page 150."

She laughed, triggering a scary sounding coughing fit that made me consider hanging up and calling 911.

When it passed, her first words were: "I know what you're getting at, but I wouldn't have written it any other way."

Perhaps. But expecting such patience may be at odds with an era of ever-shortening attention spans.

The Galileo of mixed use?

"There isn't a person or book more influential in creating 'Vancouverism' than Jane and The Death and Life," says Mr. Toderian. "I know what she means about people misunderstanding density - that's why we emphasize density done well rather than density as a mathematical exercise. [But]people 'round the world praise Vancouver's livability, and she had a big hand in it."

Mr. Kunstler, known for the 1993 bestseller The Geography of Nowhere, says we still develop badly because politics inhibit "changing the predictable rules of a very profitable game." But he expects Ms. Jacobs's effect to increase as urban crises erupt in coming decades: "She might not be fully appreciated until 2061, but nobody threw a cocktail party for Galileo in his time."

Mr. Sewell says it's "tragic" that politicians merely pay her lip service: "In Ontario, I'm aware of no provincial policies and no official plans that reflect some of the key points she raised." But he sees hope in "the simplicity and applicability" of her approach.

"What she's saying is: Forget the theories. If you want to make really good cities, go out and look for yourself at good parts of cities, places that feel right. Figure out why they work, then replicate them."

The first sentence of The Death and Life is: "This book is an attack on current city planning and rebuilding." It's no surprise that some in the field counterattacked, citing her lack of credentials. And a few still do.

Ridiculed as a "housewife," Ms. Jacobs had taken university courses but never bothered to graduate. Undaunted, the amateur would challenge key assumptions of classical economics in her first two books after she and her family moved to Toronto from New York in 1968.

Canadian-raised architect and author Witold Rybczynski, who wrote about Ms. Jacobs in last year's Makeshift Metropolis, complains that she had gaping holes in her historical knowledge, overestimated planners' influence and underestimated suburbia's lure: "Not everyone wants 24-hour street life and, unlike Greenwich Village, most working-class districts are depressing. It's no surprise people would want to get away from that."

Still, he calls The Death and Life "the dominant book about planning of the second half of the 20th century, perhaps of the entire century."

Harvard economist Edward Glaeser, author of last year's Triumph of the City, says her central idea that "cities are what real people make of them," not buildings and infrastructure, "has, by and large, gotten through in the planning community."

But Mr. Glaeser also argues that for the environment and the economy, urban density must get vertical: "She was too afraid of new buildings, too afraid of height and high density."

His comments have sparked debate. In a speech in Toronto, New York-based critic Roberta Brandes Gratz called his criticisms an "outrage." And Mr. Sewell says he "has so misinter- preted Jane's beliefs on density and tall buildings, it's stunning."

But he vehemently stands by his words. He adds that healthy city cores are prohibitively expensive in part because of Ms. Jacobs's influence on preservation and height: "I can't help thinking she wouldn't be pleased that the Greenwich Village of her day, which was affordable to ordinary New Yorkers, is [now]a preserve of the ultra-rich where town-homes start at $5-million."

Ms. Jacobs, however, felt that gentrification issues proved her right about which areas work: "Until the car became a factor, we built primarily for pedestrians," she told me in 2004. "Those places are capable of self-regeneration." Since then, however, costs in "unslummed" neighbourhoods have soared because "we stopped building places worth gentrifying, so demand far and increasingly outstrips supply."

About that buried thesis

There are more intertwined concepts in The Death and Life than any newspaper story can outline.

But page 150, my mention of which set off Ms. Jacobs's cough, lists four conditions for any part of a city to generate "exuberant diversity": that districts have a mix of primary uses; that most blocks be short; that buildings be of various ages; and that the area have sufficient density. It was indispensable that these areas accommodate various levels of income and commercial rents.

But simply to list the factors without the examples and complicated dynamics found in the book is almost to miss the point.

"If you've read to the last chapter," she told me, "you know cities - their parks, transportation planning, development policy, density ratios … are, like the life sciences, problems of organized complexity. It's no good wishing it were any other way."

Thus, when I asked Random House's Jason Epstein whether the 50th anniversary might occasion not only a new edition but something more 21st-century - an interactive website or multimedia version - Ms. Jacobs' long-time editor said he feared it would be superficial.

"Jane's work is really a very subtle attempt to show how civilizations form, whether on the scale of neighbourhoods or eons. This would be hard to convey in a different format."

Hard, yes. But to ensure the afterlife of The Death and Life, someone will have to find a route to the "mixed use" of Ms. Jacobs's ideas. It's no good wishing it were any other way.

Veteran journalist Stephen Wickens is leading a Jane's Walk this weekend on the Danforth in Toronto. 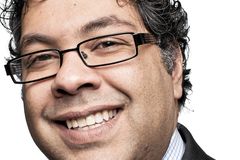 Makeshift Metropolis: Ideas about Cities, by Witold Rybczynski
January 12, 2011
Follow us on Twitter @globearts Opens in a new window
Report an error Editorial code of conduct
Due to technical reasons, we have temporarily removed commenting from our articles. We hope to have this fixed soon. Thank you for your patience. If you are looking to give feedback on our new site, please send it along to feedback@globeandmail.com. If you want to write a letter to the editor, please forward to letters@globeandmail.com.
Comments