Koons is thus a perfect fit with Saturday's Nuit Blanche, which will draw a crowd of unparalleled scale into the heart of Toronto (nearly a million people came out last year) to experience contemporary art in all its many incarnations, including Koons's contribution, Rabbit Balloon : a 16-metre-long inflated silver rabbit, which will float in the Trinity Way atrium near the north end of the Eaton Centre. Borrowed from Macy's, which commissioned the balloon for its annual Thanksgiving Day parade two years ago, the giant bunny will no doubt become the must-see mascot of the 2009 Toronto event.

Speaking with Koons on the phone last week, I couldn't help but ask him: What's with the rabbit?

"It comes from my upbringing," he replied, responding in his deliberate, almost Forrest-Gumpish way. "I grew up in south-central Pennsylvania, in a rural community, and at special times of the year, people would put things out in their front yard for decoration - like, reindeer at Christmas time. In the spring, around Easter time, there would be rabbits, inflatable rabbits. I was always very struck by the generosity of the neighbours in doing that, giving pleasure to other people in that way."

Early on in his career, Koons worked with inflatable objects, which he found in the dollar stores of New York's Lower East Side. One work from 1979 combined a blowup rabbit with an inflatable flower, set before a mirrored backdrop. (The sculpture is now in the Broad Collection in Los Angeles.) Koons went on to make sculptures from objects found in hardware stores and Wal-Marts - vacuum cleaners and refrigerators, toasters and floor polishers - culminating in a series using basketballs submerged in water, the Equilibrium Tanks of the mid-1980s. But a chance encounter with an inflatable rabbit in 1986 brought him back to figurative art again, albeit in bunny form.

This time, Koons cast the toy in stainless steel, burnishing its surface to a flawless finish in a metre-high sculpture. It was the height of the neo-geo moment in New York, and neo-Warholians were sprouting up all over the art world, revelling with joyous glibness in the spectacle of consumer culture. Koons's rabbit - cast in Warhol's signature silver hue - was the best of the batch. Although it looked light as a feather and soft to the touch, with every crease of the original inflatable toy preserved in the casting, it was, upon closer inspection, made of unyielding metal. Confusing the brain's sorting mechanisms with a deft blow, it sent the mind scurrying to collate the discordant signals.

"I love that feeling of surprise," Koons says, going on to describe his efforts to give the Macy's rabbit the same shiny surface. The metal-seeming object would now hover overhead, compounding the experiential crisis. "Everyone is curious about something that is huge but lighter than air," he says.

As it turned out, the Macy's rabbit, like its smaller sculptural precursor, functioned, as well, as a kind of gazing ball, an object of spiritual contemplation. "As it moves through the environment, it is reflective, so it takes on its surroundings," says Koons, "the blue of the sky, the green grass, the crowd. It is always changing. It recognizes the situation it is in. That's what we want to do in life: Recognize the moment."

To Koons, the rabbit holding its carrot looks like an orator with a microphone, and thus stands in the tradition of honorific statuary - a subtle comment, perhaps, on contemporary political hot air. As well, the rabbit connects us to our past, "to something profound in human history." It's a symbol of fertility and prosperity - still very much alive for us in the icon of the Playboy bunny. "The things that become archetypes are the things that help us to survive," says Koons, parsing the rabbit's primal meanings. "They make us feel safe."

Most of all, though, this is an object meant to incite a kind of goofy, irrational pleasure of the sort experienced by the artist's four small sons in the 2007 Macy's parade. "They were going to school and saying: 'My dad made that one,'" Koons remembers.

But he knows that this joy is generated as much by the viewer who is willing to let go as it is by the artist who is making the art. "When people enjoy something," Koons says, "they are really enjoying their own possibilities." 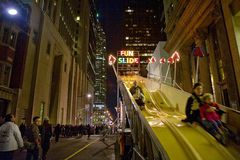 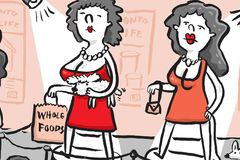