Apparently, there's nothing like lean and hungry times to awaken the undead. Lately, on big screens and small, pointy fangs have been chomping down on exposed necks with a tedious vengeance. But just when you think you'll never take another sip from a vampire movie, along comes the delicious Jennifer's Body . So put away your prejudices and drink deep - bloody fun is here to be had.

The fun's source isn't hard to trace. From the opening dictum ("Hell is a teenage girl) through the many wicked asides ("I'm not even a back-door virgin any more") right down to the witty anticlimax that scrolls over the end credits, Diablo Cody's script is incisor-sharp. As evidenced in Juno , and again in this outing, the woman definitely knows her way up, down and around a crisp line of dialogue. Sure, like many before her, Cody has set her horror show in the horror show that is high school, where evil already abounds and back-biting is the order of the day. But, unlike most, she's found a neat way to raise the stakes, to get us from naturally to supernaturally mean, from the back up to the neck, all without missing a clever beat.

We start, then, with Jennifer and her body, who together rule their small-town school. Played by the aptly named Megan Fox, the girl is the gorgeous brunette to die for, and doesn't she know it. Consequently, transforming her into the gorgeous brunette to die from isn't much of a leap. But the manner is ingenious. Strutting her diva's stuff at a bar one dark night, Jennifer zeroes in on the lead singer of an indie rock group keen to make their breakthrough onto the charts, and, since Mr. Letterman has yet to come calling, they've put their faith in Mr. Satan. Of course, their quest for fame demands a sacrificial virgin (ain't it always the way with devilish rituals), and the silly lads think Jen qualifies. Big mistake. Cue the bigger transformation.

Not that her classmates notice any difference. Her complexion may have whitened a tad but, in the hallways of juvenile power, a killer bod is a killer bod, and the lineup of eager guy victims remains as long as ever. The flick finds some amusement at the expense of such male folly, and then, as the death toll mounts high enough to court national media attention, the humour acquires a satiric edge, complete with Cody-esque sallies like: "The whole country is getting a huge tragedy boner from all this." Nicely put.

Speaking of apt names, I've neglected to mention Needy (Amanda Seyfried), who, ever since their childhood days back in the sandbox, has been Jennifer's tag-along friend - you know, the pretty good girl happy to live in the gravitational pull of the pretty bad girl. Seyfried does an admirably subtle job navigating that orbit and hinting at the strength of its pull. She sees Jennifer's nasty faults clearly, both pre- and post-transformation, but there's a need in Needy that's primal - somewhere deep within, our light-haired heroine harbours a blond ambition to become a dirty brunette.

At that point, the sexual psychology takes an expressionistic twist, but don't be frightened all you entertainment-seekers out there. This isn't that bleak, cerebral, German expressionism; instead, it's the bright, pop, American variety, where the symbolism - Jennifer is the extrinsic proof of Needy's intrinsic desire - comes with a payoff many will be delighted to invest in. Which is? Hey, nothing less than a lesbian make-out scene, shot by director Karyn Kusama in ruby-lipped and tongue-thrusting close-up. At that moment, Kusama, who previously brought us Girlfight , is fighting no more - she and her once-bellicose belles are clearly at peace.

So, yes, there are symbols and subtext, but even these interior layers are shot through with pure fun. In your typical horror picture, anything resembling a metaphor wipes clean with a soft tissue. Here, at least, it takes a J-cloth and a bit of elbow grease and, better yet, nobody's likely to complain - we're too busy whistling while we work. 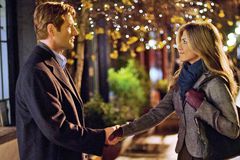 Cloudy With a Chance of Meatballs
September 17, 2009 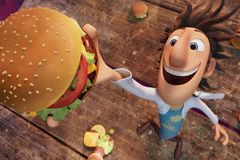 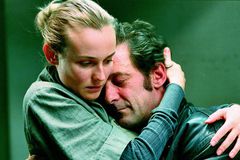 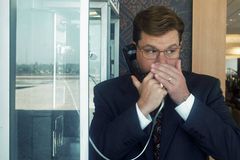 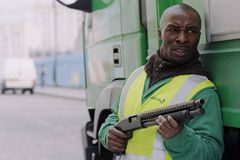