If you go to the theatre tonight, you will probably see a play that was written by a man and directed by a man. If a major art show is on your to-do list this weekend, it will probably feature the work of a male artist. If you go to a Hollywood movie, you'll notice when the credits roll that the director is a man and so are all the screenwriters.

Despite all the liberalism of the practitioners, the arts are a really sexist place. Women tend to be equally or overrepresented in theatre schools, film programs and art colleges, but once they graduate they find their male colleagues have more luck launching successful creative careers and are more likely to be offered leadership roles in arts organizations, while the women may find themselves ghettoized in supporting roles such as stage management, marketing and communications.

New research by the Playwrights Guild of Canada, showing that only 22 per cent of the plays professionally produced in Canada in 2013-14 were written by women, is just the latest in a flurry of studies showing how wide the gender gap can be. You may want to attribute that low number to the performance of the classics, but a similar British study released this year found that only 30 per cent of new plays produced in Britain in 2013 were written by women.

Earlier studies have also found that women make up less than one-third of stage directors and artistic directors in Canadian theatres.

Meanwhile, Canadian Art magazine has recently completed its own survey of solo exhibitions by living artists held at major public art galleries across the country since the beginning of 2013, and found that 64 per cent of them featured men.

Offering media exposure, exhibition fees and often private gallery sales, too, a solo show at a big public gallery is a crucial step for anyone who is actually going to make a living as a visual artist. It seems the more real money is involved in an artistic practice, the worse the gender gap gets. The British study of theatre repertoire found female playwrights' work was produced in smaller theatres for shorter runs than that of their male counterparts – and so would make them less money.

And Hollywood's numbers make the theatre look like some kind of egalitarian paradise. San Diego's Center for the Study of Women in Television and Film found that in 2014, women made up only 17 per cent of all directors, writers, producers, executive producers, editors and cinematographers working on the top 250 grossing movies; specifically, they accounted for only 7 per cent of directors. An article in the current issue of LA Weekly quotes female producers and directors describing how loath the studios are to trust them with big budgets. If there is money on the table, the guys want to hire another guy.

We might all wish that our daughters encounter a level playing field when they strive to become filmmakers or playwrights, just as we might wish they have equal opportunities to become engineers and doctors, but the point here is not simply employment equity. The point is that cultural workers are the people who entertain, enlighten and challenge a society, and if they are all the same sort of people, their capacity to do that will naturally be limited. The San Diego centre has always made that explicit by measuring both women behind the camera and in front of it, discovering that movies written and directed by women are more likely to feature female protagonists.

Similarly, these studies often highlight the small numbers of minorities in the same professions – only 11 per cent of the artists who got solo shows in Canada were not white. If you want the arts to speak broadly to a society, they need to draw artists from all sectors. But, without knowing the enrolment rates of various minorities in arts training, it's not clear to me that the problem is the same one – and therefore that it will respond to the same solutions.

And there are solutions, small practical ones such as compiling databases of scripts by women or pairing young female artists with male or female mentors, and big loud ones such as calling out the worst offenders and pointing out how unspoken prejudices are showing up in their institutions. In the United States, the annual VIDA count of bylines and reviewed authors in leading literary reviews of the English-speaking world has had some success in prodding Harper's, Granta and the New Republic into increasing the number of female reviewers they use.

A similar count by Canadian Women in the Literary Arts found that, in 2013, half of 31 Canadian publications surveyed had achieved or exceeded gender parity among their reviewers, but that only 37 per cent of the books reviewed were written by women. The growing trend toward such counting is part of the solution, speaking of an outrage that will not be silenced until arts organizations and cultural industries do better. 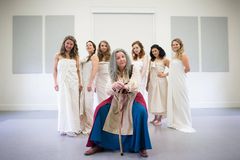 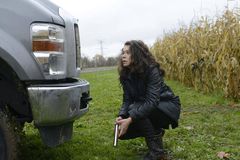