Following an international search, Luminato, Toronto's annual international arts festival, is bringing its new artistic director up from Down Under. On Wednesday, Luminato CEO Anthony Sargent and festival co-founder/chair Tony Gagliano announced they had hired Josephine Ridge, former creative director of the Melbourne Festival, to helm the Toronto showcase, starting with the 2017 edition.

The Melbourne-born Ridge, 57, is the third artistic director of Luminato, which is marking its 10th anniversary this June. She's succeeding Hamburg, Germany-born Jorn Weisbrodt, 43, who announced last August that his fifth anniversary with Luminato, in 2016, would be his last.

Ridge's track record in arts administration and artistic creation spans 30 years. Before joining the Melbourne Festival in 2013 on a three-year contract, she worked at the Sydney Festival for close to a decade, first as general manager, starting in 2002, then as executive director. She was also deputy general manager of both the Australian Ballet (1997-2002) and the Australian Chamber Orchestra (1993-97).

It was precisely "this breadth of experience" that "tipped it for her," Sargent said, noting that "at the very last stage of consideration we had an equal number of Canadian and non-Canadian people [being considered for the job]." In a statement, Gagliano said Luminato's search committee had been "fortunate to meet with a remarkable group of short-listed candidates . . . This interest and their qualities speak volumes to what Luminato has been able to achieve in our first decade," under the artistic guidance first of Nova Scotia-born Chris Lorway, then Weisbrodt. Lorway, 43, has since become director of programming for the Corporation of Massey Hall and Roy Thomson Hall in Toronto.

Ridge's term with Luminato is open-ended. But since she will be programming the start of the festival's second decade, Sargent is keen to see her "increase the sense of sort must-seeness [of the festival] for Toronto people generally." He said Luminato has "slightly slipped back from that," perhaps understandably, after the novelty of its first years. Moreover, Ridge, whom Sargent calls "a very natural, instinctive and generous collaborator," will strive to "link up" with other Canadian arts institutions, especially those in Toronto and elsewhere in Ontario. Similarly, Ridge demonstrated "an interestingly comprehending background with respect to First Nations" while working in Melbourne, Sargent observed, and the hope is this can be brought to bear with indigenous creators here.

Ridge has been to Toronto on four previous occasions, the first in June 2012 to attend that year's Luminato. She first heard about the artistic directorship opening from Weisbrodt himself, in an e-mail he sent last summer to a number of international colleagues whom he thought might be a good fit for the job. Ridge said she was "immediately interested in the idea that it might be possible to come to Toronto . . . I'm very aware of Luminato; it's been gaining in standing around the world; it has had my attention." A moment like Luminato's impending 10thanniversary is " a sort of staging post to think about the story thus far and then how that story can continue," she said. "In my experience, the best results come when one can really look clearly at what has happened before and build on the best of that while doing so in a way that the festival maintains its forward momentum and relevance."

This year's Luminato, which Ridge will be attending, is running longer than previous incarnations, 17 days from June 10-28, rather than the 10 days that have been its norm since 2007. The festival's 2016 budget is $10.6-million, roughly the same as it was for 2015. Next year, an agreement struck in 2014 providing $2.5-million in guaranteed funding to Luminato from the Ontario government for three consecutive years expires. 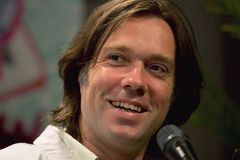 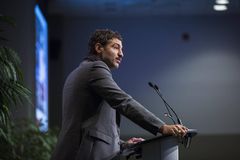 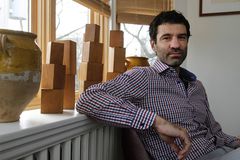