Arts festival usually happen in large cities or quaint towns with lots of money behind them; one doesn't expect arts festivals in dumps. One hardly expects an exciting arts festival in the English town of Luton, a place usually portrayed as dingy, sad and violent. But the Lutonia festival, scheduled for this spring, promises populist art that celebrates Luton's reputation for awfulness; it seems to be attempting to prove what colour and edge can come out of depression and despair.

I've never been to Luton – I've only heard it as a punchline. It was bombed in the war. Its most important industry, the Vauxhall car plant, closed years ago. Its city centre was famously ruined by a brutalist shopping mall in the 1960s. Now it is has high unemployment and a higher-than-usual proportion of recent immigrants: In fact it is one of three towns in Britain to have a white-British minority. It is home to extremists of all sides: The founder of the nationalist English Defence League is from there, and the banned jihadist organization Al-Muhajiroun once had a base there. The Luton Town soccer club has a genuinely famous gang of hooligans attached to it, known as the Men In Gear or Migs. It's basically a battleground, this place.

Its festival, slated for March 5 to April 2, will involve performances by John Cooper Clarke, the performance poet famous for reciting his despairing lines in his hardscrabble Northern accent. Clarke's giddily depressed poem Evidently Chickentown is a liturgical cataloguing of everything wrong with a gloomy British backwater: "The bloody pies are bloody old/ The bloody chips are bloody cold/ The bloody beer is bloody flat/ The bloody flats have bloody rats." It could be an anthem for Luton.

The British are famous for self-deprecation and they like nothing better than withering descriptions of their own food and sports teams. Clarke's poem is an echo of a bit of a Second World War doggerel called Bloody Orkney ("This bloody town's a bloody cuss/ No bloody trains, no bloody bus, /And no one cares for bloody us/In bloody Orkney"). A poet laureate, John Betjeman, became notorious for declaring his hatred of another fantastically awful place, Slough: "Come, friendly bombs and fall on Slough," he wrote in 1937, "It isn't fit for humans now/ There isn't grass to graze a cow./ Swarm over, death!" This was before the bombs of the Second World War really did fall on it, and before Slough became the perfect setting for the TV comedy The Office, another ode to boredom.

The British love their failings. There are famous soldiers' songs of both world wars, celebrating the unit's incompetence: ("We are Fred Karno's Army/ The rag time infantry/ We cannot fight/ We cannot shoot/ What bloody use are we.") There are chants sung by football supporters today, denigrating their own team. (Queen's Park Rangers fans sometimes sing, to the tune of The Lion Sleeps Tonight: "We're the Rangers, the mighty Rangers, we never win away.")

The Luton festival is curated by former punk Steve Abbott (of UK Decay), who grew up on a public housing estate there, and it is overtly political: He has put in place lots of poetry readings, some rock-pop, screenings of documentaries from other parts of the world (especially dealing with ethnic conflict), and, I'm guessing, lots of discussion of immigration and multiculturalism. There are no huge names involved. It looks as if it's going to be an arts festival that embraces its outsiderness.

The defiance in all this echoes a movement in British public cultural institutions towards populism. Compare another initiative from a British library from another less-privileged area, the North. The Northern Public Library is a repository of postwar poetry in a dark and cold place called Morpeth, up near the Scottish border. Wikipedia informs me with it usual poker face that the word Morpeth means "murder path." This is unlikely to be used in any tourism campaign, I'm guessing.

Anyway, the Northern Poetry Library was having trouble attracting attention to itself. So it is launching a competition in writing a new verse form, of its own devising. They are calling it an "anchored terset" (a play on tercet, an ancient form of three-line stanza), and it is the shortest verse form yet imaged. It consists of four lines, with one word on each line, and a full stop on the last line. (Like: "Harry/Died/Here/.") They are calling it an exercise in compression and likening it to a haiku but really it is just a way to get people who are not really poets to come up with three funny words – it is by far the easiest verse form ever devised. Its results will not be subtle or complicated. A few entries they have published so far: "Neatness/Pleases/Librarians/." "Numb/Pew/Legs/." "Niaiserie/Promotes/Laughter/." Most of these seem to have been written by the librarians.

Still, it is a brilliant form of publicity for an institution and a collection otherwise perceived as elitist. And a place you would have to pay me to visit. When a place is down in the dumps, perhaps it is better to embrace its ugliness as a form of cool rather than speak hopefully of regeneration and beautification. A punk festival may well do more for a place's image than a monorail.

A couple of weeks ago in Toronto, I attended a music and art festival in a mall that has the reputation of being one of the saddest and emptiest in the city. The Galleria Shopping Centre, itself on a largely industrial street of auto-body shops, has long been a punchline itself: one of those places where most of the storefronts are empty and the food stand has had the same hot dogs rolling on the metal rods since 1975. It is due for destruction: A developer has bought it and it will no doubt become condos. Some local promoters booked this huge space for a night-time party and the line-up to get in went right around the building. Inside there were bands and DJs in darkened rooms. There was a bit of a hard edge to both. It was fantastic: There was a genuine non-ironic pride, I think, in reclaiming this eyesore, in embracing our own embarrassing neighbourhood. Let's have more celebrating of dumps. 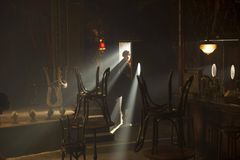 Russell Smith: Say bye to the online comment section as you know it
February 28, 2018 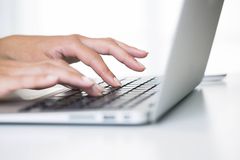