The first time most North Americans saw Mads Mikkelsen, he was torturing Daniel Craig with infinite finesse as the banker Le Chiffre in 2006's Casino Royale. Not only was that the first 007 film the Danish actor was in – it was the first he'd ever seen.

"I actually lied at the audition," Mikkelsen told me during an interview in Toronto, where he's shooting a TV series. "During the whole press tour, I was still trying to get hold of what this Bond thing was about. In Australia, a journalist caught my trick; she asked me a 10-question quiz about Bond and I got zip right. So then I went back and saw them all. I enjoyed the universe, but I grew up with Bruce Lee and grittier action stuff."

As he made that admission – in fact, as he said most everything – a small grin hovered around Mikkelsen's mouth. It softened the stark planes of his jaw, cheek and brow bones, which thrust out of his face at angles so dramatic they're almost cubist. The grin also conveyed that he's pleasantly amused by the attentions of movie stardom, but only to a point; he clearly prefers working to talking about it. His manner is genial but brisk, and at times his Danish accent recalls Arnold Schwarzenegger's Austrian one, only delivered at twice the speed.

There's no doubt that Mikkelsen, 47, is having a pop-cultural moment. Last May, he won the best-actor award at the Cannes Film Festival for playing a teacher accused of child abuse in Thomas Vinterberg's The Hunt. Last month, the lush period drama A Royal Affair – Mikkelsen stars as the real-life 18th-century doctor whose relationship with Denmark's Queen Caroline helped bring Enlightenment ideas to that country – earned an Oscar nomination for best foreign-language film. (A Royal Affair opens in select Canadian cities this Friday, and The Hunt is due out this spring.) A Royal Affair is the second foreign-language nominee that Mikkelsen has headlined, by the way; the first was 2006's After the Wedding.

As well, later this year Mikkelsen will star as Dr. Hannibal Lecter in the NBC series Hannibal, a prequel to the Anthony Hopkins films, which is shooting in Toronto. "He's a practising shrink who's hired by the FBI to help out a younger profiler [Hugh Dancy] who has too much empathy," Mikkelsen says. "They ask me to help him cope with his cases, not understanding I'm a kid in a candy shop."

All this Mads-mania doesn't feel sudden to Mikkelson, however; he's been working toward it for a long time. As a child in Copenhagen, he was a gymnast, then studied contemporary dance. At 16, he began dancing professionally, touring the world and at one point working with Martha Graham's company in New York. (Mikkelsen's lissome screen presence reminds me a bit of Christopher Walken, who also has a dance background.)

"But I was more in love with the drama of dance than the study of it," Mikkelsen says. So at 26, he enrolled in theatre school. In his final year, he cut some classes to shoot a film, Nicolas Winding Refn's Pusher. It would become a trilogy; Mikkelson reprised his role as the hoodlum Tonny in Pusher 2. When he graduated at 30, Pusher was already in theatres, "so I skipped the whole part of knocking on doors," Mikkelsen says. Five years later, in 2000, he was starring in a hit Danish TV series, the police procedural Unit 1, which made him comfortable enough with fame that even Bond didn't rattle him – much.

"Shooting Casino Royale was not an extraordinary experience, in that we made scenes as we would have done in any film in the world," Mikkelsen says. "But when we did the premiere in London, I saw the magnitude of what Bond is. There were 50,000 people in Leicester Square, we were walking the red carpet forever, we met the Queen.

"But you can only be famous to a certain degree in Denmark," he continues, "and if you've been in a popular TV show, you're already famous for life. We say our ceiling is very low, meaning that you're not supposed to stick out in any way. Anyone who tries to 'make it,' we take them right down. There are people who say, 'Way to go, that's cool,' but the next day in the paper, the paparazzi will take my picture on the way to play tennis wearing something casual, or maybe when I have the flu, and they'll put up the story, 'He's done! He's finished!'" He grins again.

Mikkelson signed onto Hannibal for the steady work and the chance to play a rich character. When he first read the script, he recalls thinking, "'Can we get away with this on American television?' It's very elaborate in the way that people play with each other's minds." He also welcomed the opportunity for his family to live somewhere new for a while. He and his wife, Hanne Jacobsen, have a son, 15, who's in school in Toronto, and a daughter, 20, who's doing volunteer work in India, "saving the world, as you're supposed to do when you're 20," Mikkelson says.

"I've always liked visiting Toronto, and it has not disappointed me since moving here," he adds. "The Canadian people have the same approach to irony and sarcasm as we have in Denmark. It's a nice way of having a beer, instead of cracking jokes nobody gets. But they also have the ambition that we are fighting against back home."

Lecter may be the stuff of nightmares, but playing him doesn't haunt Mikkelson: "No, I'm not tortured, ever. For me, it's always been about getting into the character as fast as you can and leaving as fast as you can. I don't insist on my family calling me Hannibal." Grin. "But I take my work enormously seriously. When I do something, it has to feel right; everything has to be right. I'm not ambitious about my career, but I am ambitious with each job. I can be fairly annoying to work with. No compromises, let's put it this way. Compromises are from hell.

"I ask a million questions, and I insist on having answers," he continues. "Yes, I've been doing this for years, but if you were doing it for only one week, you'd have a perfect right to ask those questions as well. I think that is what we have to do. I have to know what the director wants. Some are very much in their head, and I need to force it out of them. I can't just play around for eight hours and see if something happens. And I've called people in the middle of the night because there's something I've been thinking about that we're shooting the next day."

He can be intimidating, Mikkelson admits. "I never see that myself, but I hear it once in a while. Hopefully, people figure out that I'm doing it all for the film." A final grin threatens to break out. "People will sometimes say, 'Oh man, in the beginning I thought you were going to kill me. But it turned out to be cool.'" 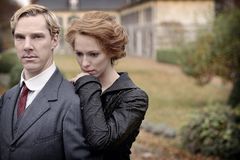 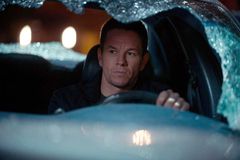 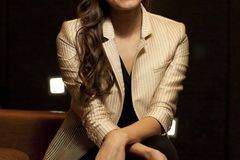